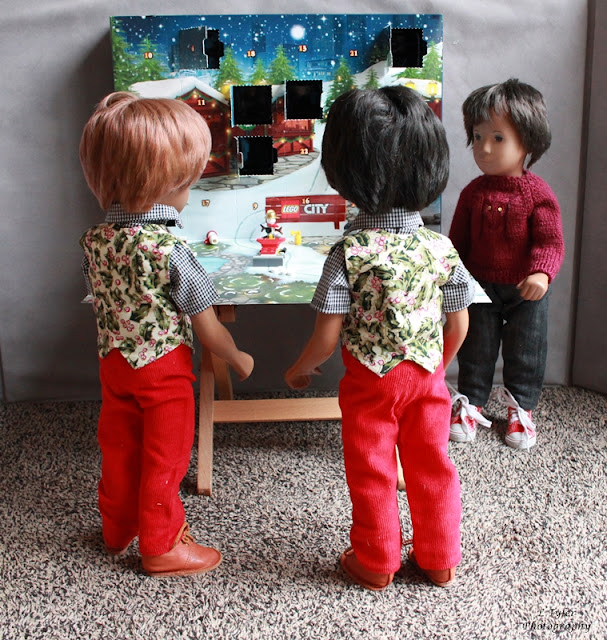 The days are passing by quickly in the lead up to Christmas.  Connor is looking to see if he can find window nine to open. 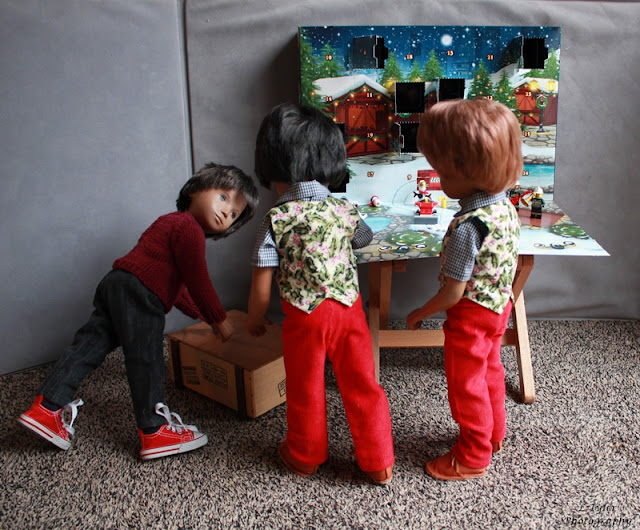 Here Connor, you might need this.  Henry says as he pushes the wooden box over for Connor to stand on. 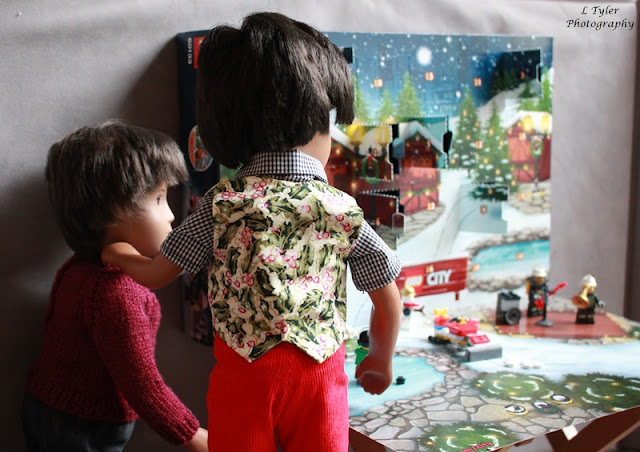 Thank you Henry, says Connor as he uses Henry's shoulder to help him balance as he looks for window number nine. 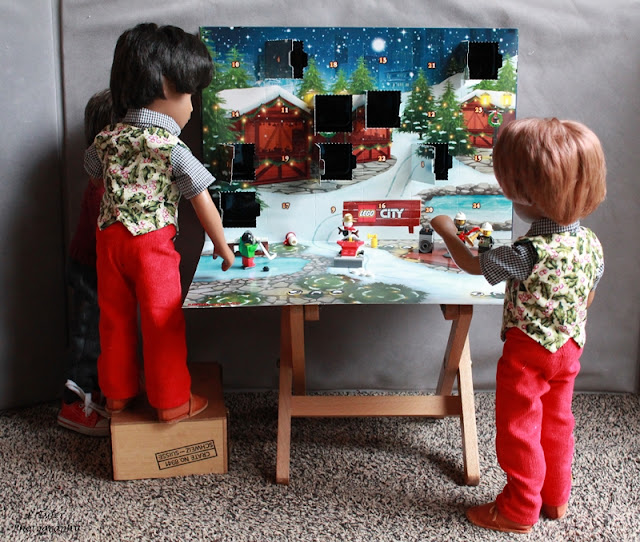 It is over there in the middle Connor, James says as he points to the window. 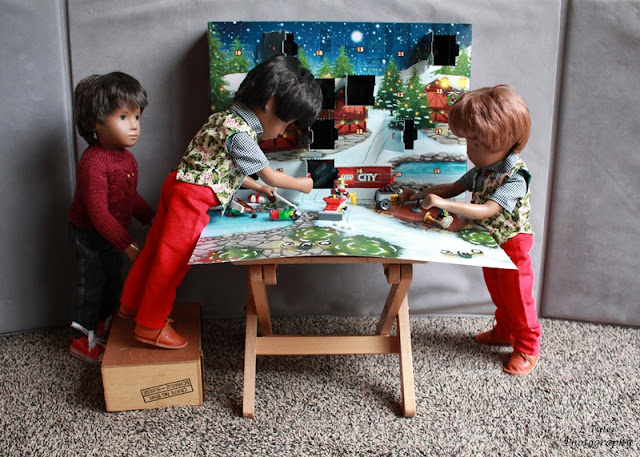 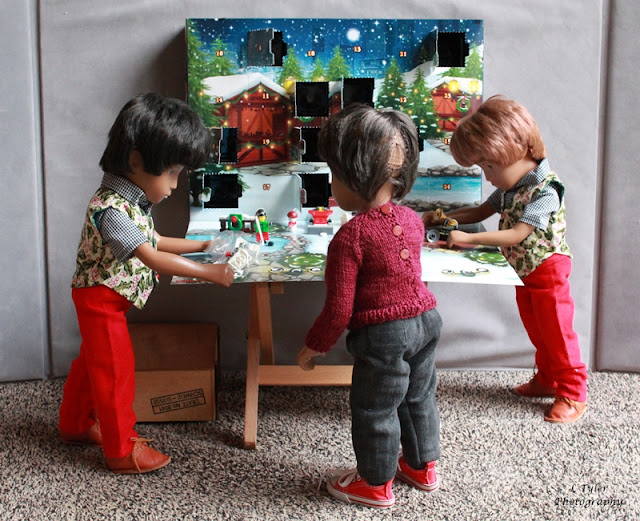 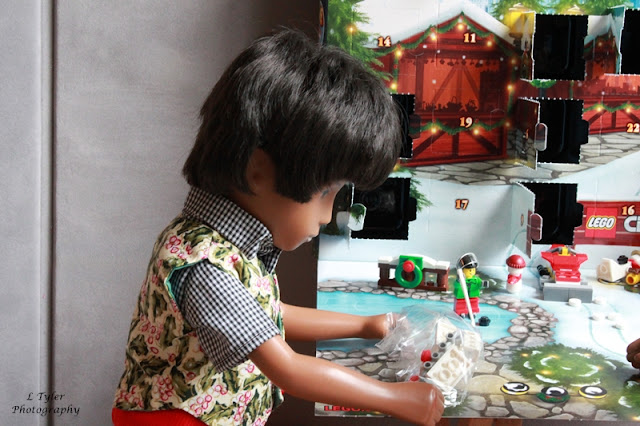 He looks at the items before opening the plastic bag. 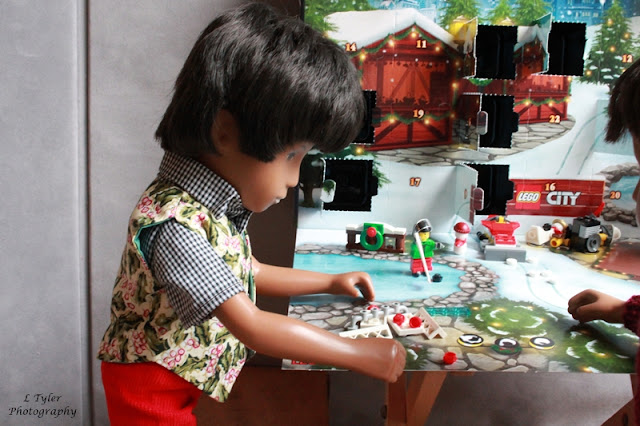 Hmm...how do these go together? 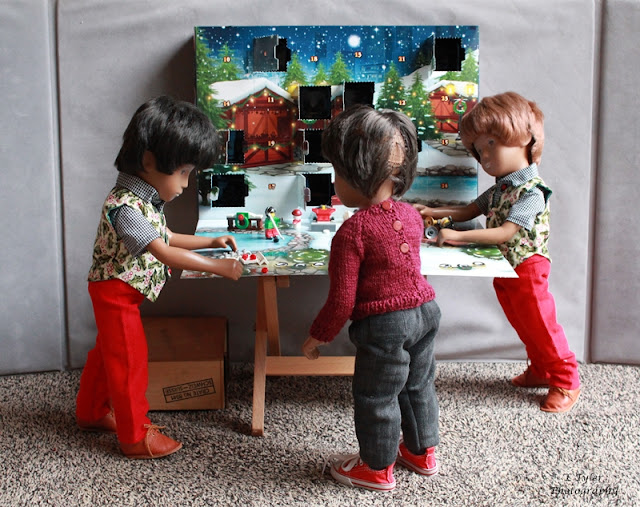 Well I don't know that this is.  Connor says.

Henry and James don't either! 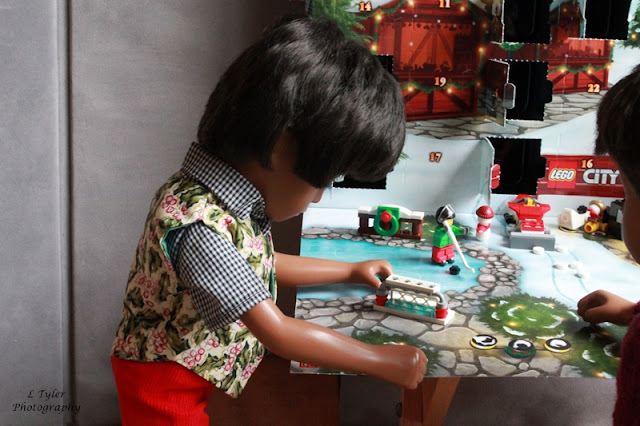 Must be another kind of fence thing? 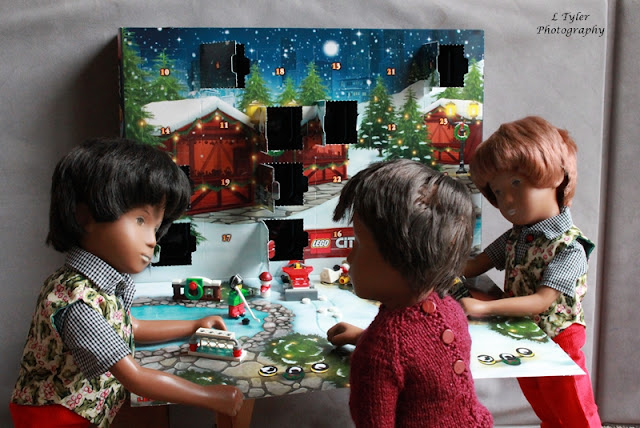 What do you think it is Henry?  Connor asks. 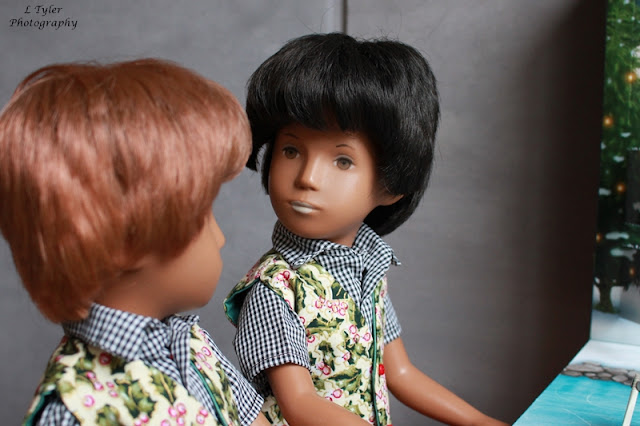 James, what do you think? 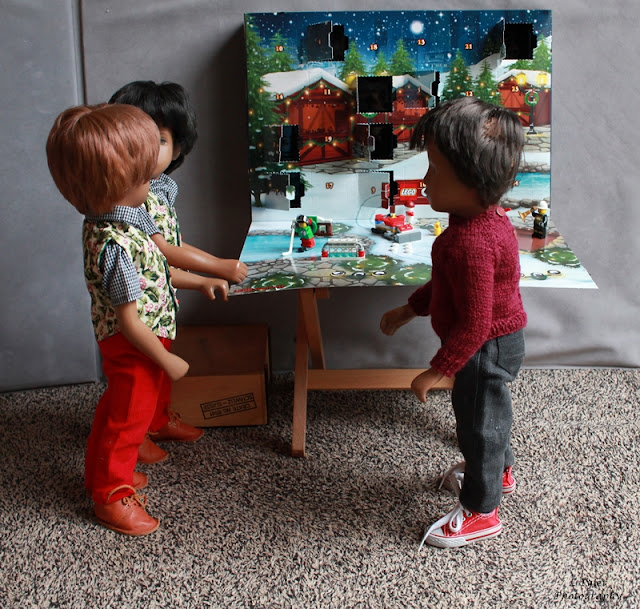 Nope I have no idea either!  James answers.

The boys are stumped!