The twins, James and Connor are excited to be opening the Advent calendar today and are hoping they will discover what the orange things are for. 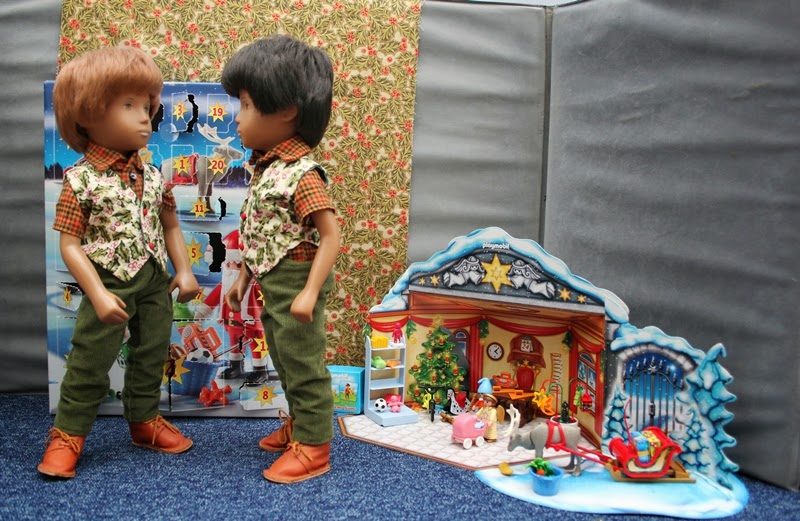 What do you think they are for?  James asks Connor. 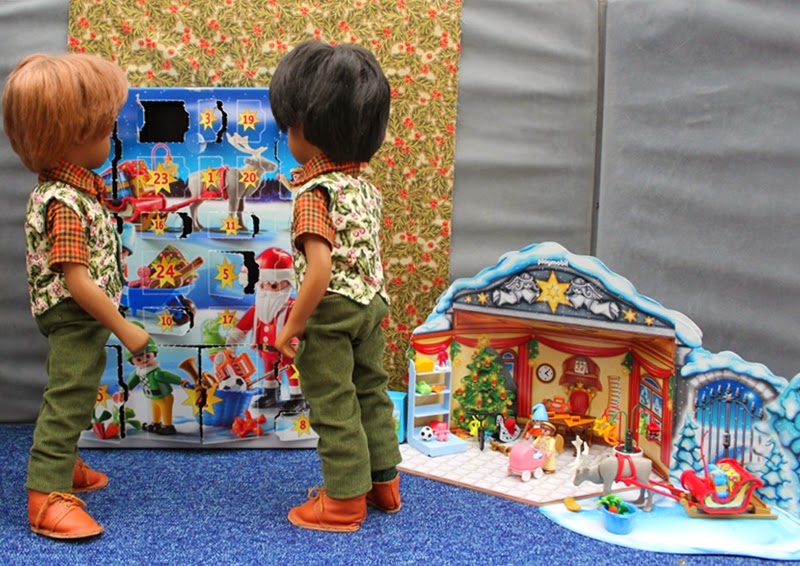 Let's see if what is behind door number seventeen will shed any light.   Connor suggests. 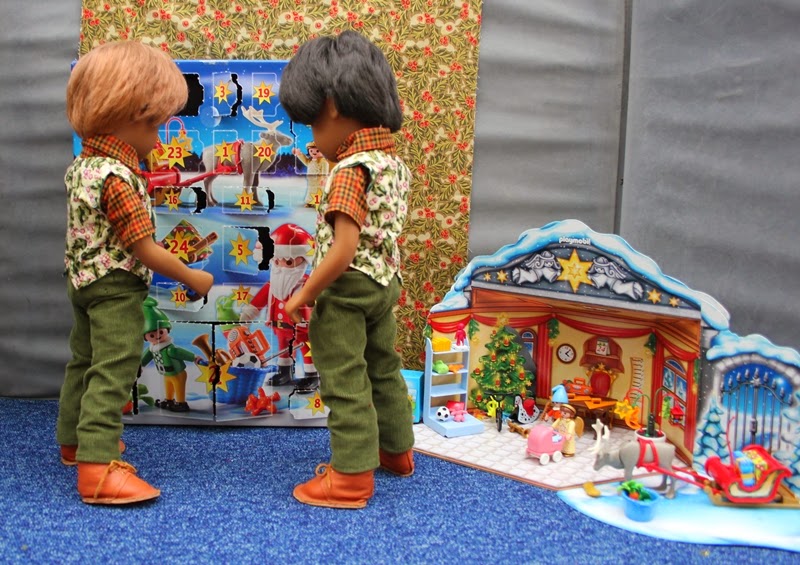 The boys search for the number seventeen and soon find it. 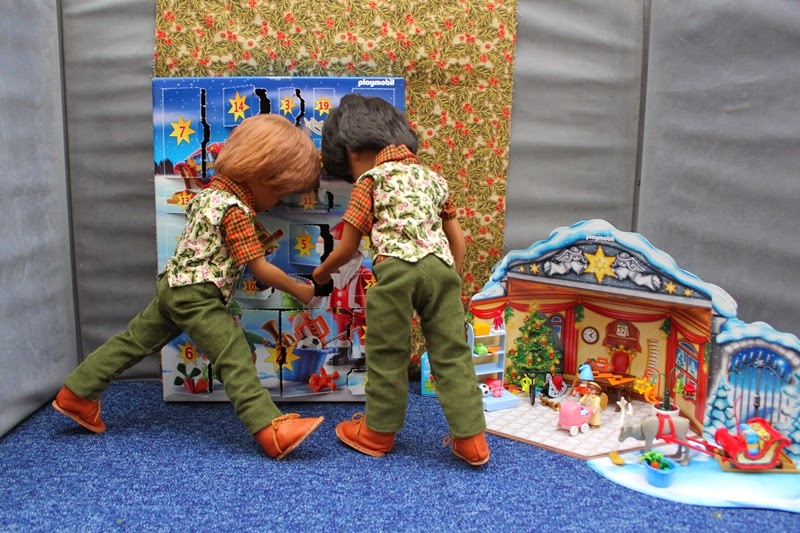 As always with them, it is a joint operation as they both open the door together. 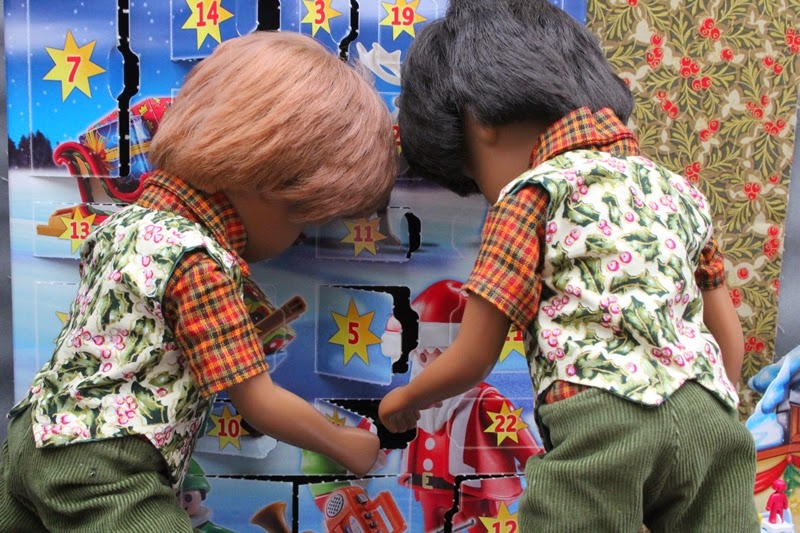 James opens the door, and Connor reaches in. 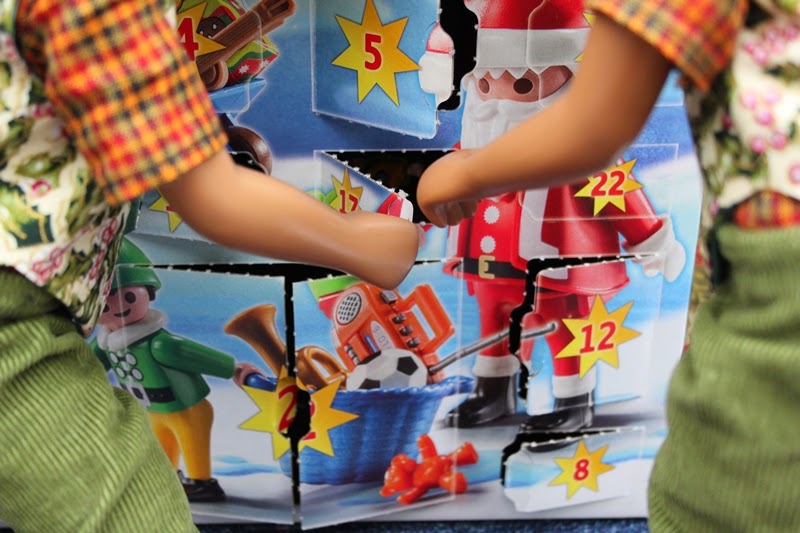 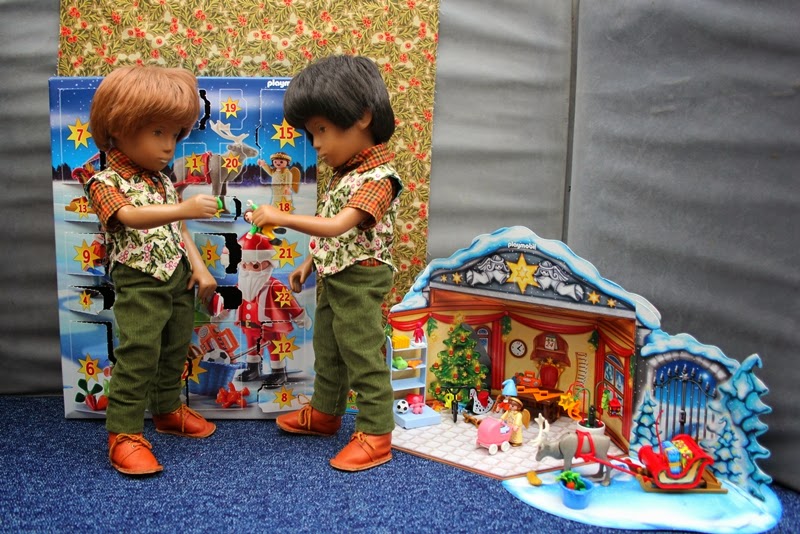 Oh!  Well this doesn't really help us work out what those orange things are for does it Connor?  James says.

No, not really.  Connor agrees.  But he is a cute fellow. 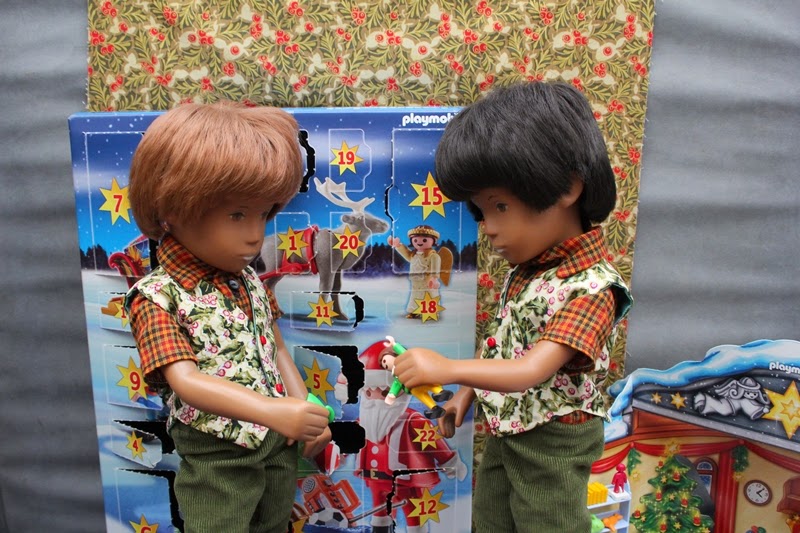 Looks like the boys have found another Christmas Elf behind the door. 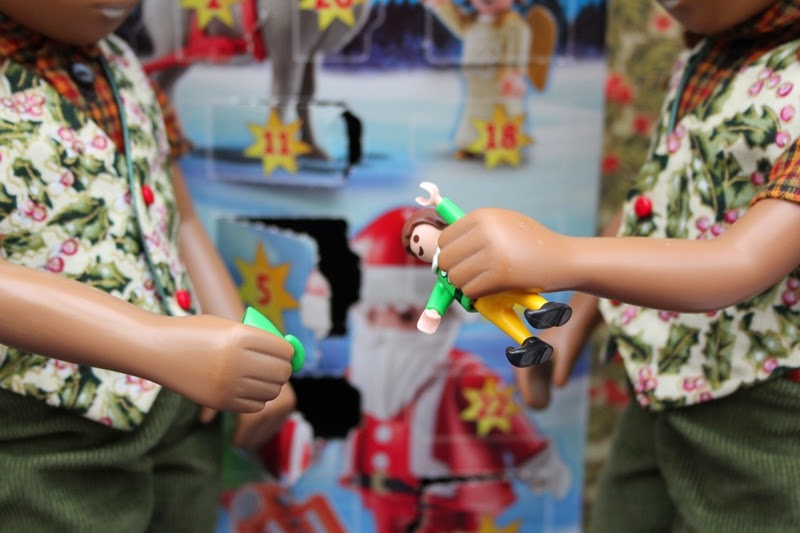 Here, I have the hat.  James says as he goes to put the hat on the Elf that Connor is holding. 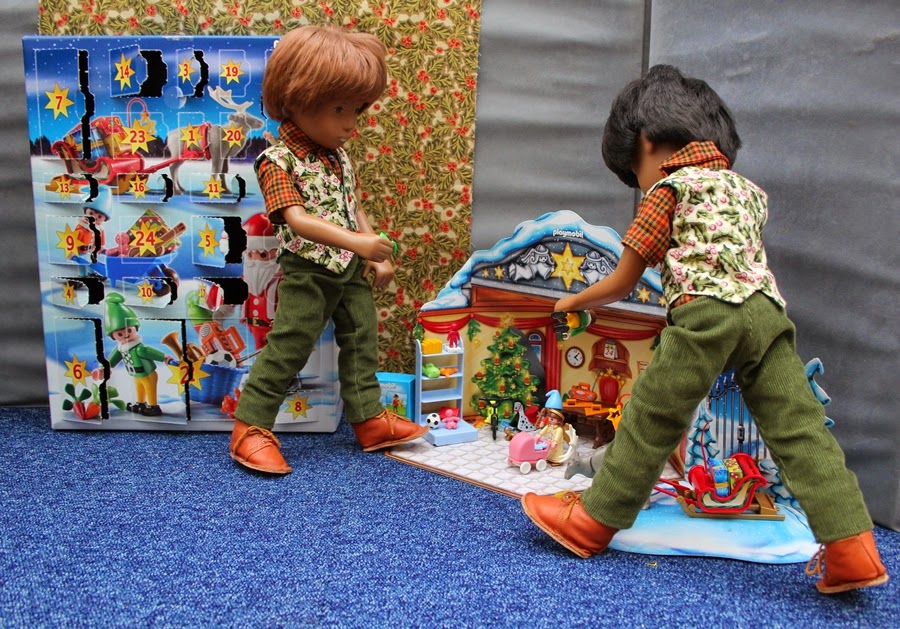 Connor puts the Elf down and James pops the hat on... 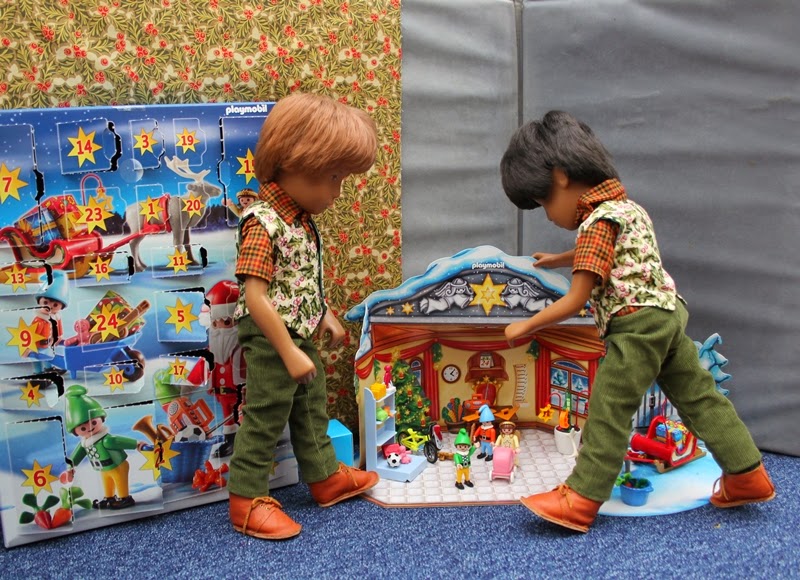 There he goes.  Connor says. 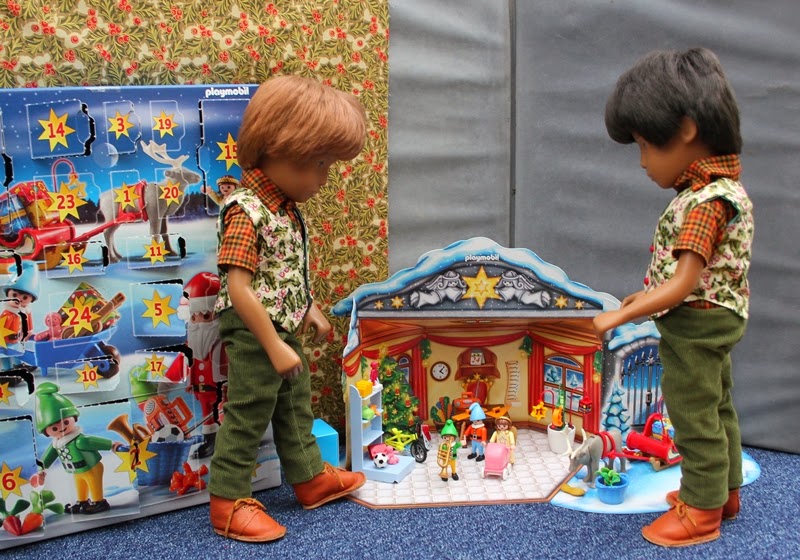 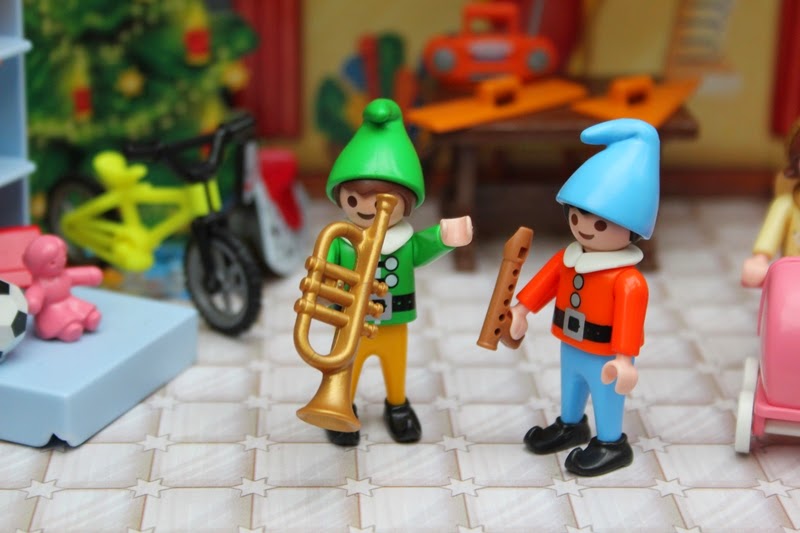 They are twins, just like us!  The boys chorus together/