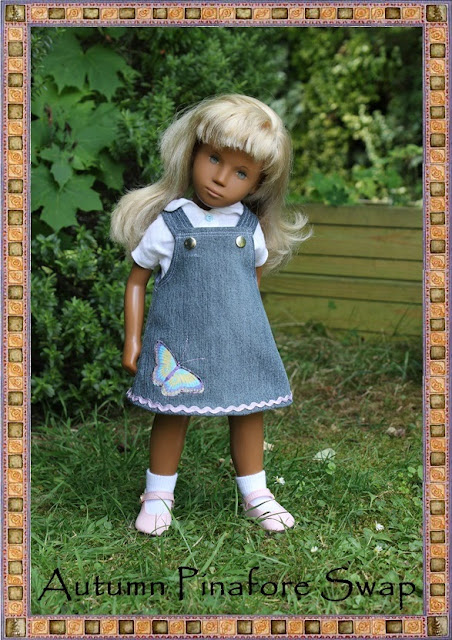 A Swap with a Difference!  I provide the pattern - courtesy of Ted Menton who has generously allowed me to share his pattern with swap participants.

This swap is to make a pinafore - suitable for Autumn perhaps with a theme...for example those who celebrate Halloween (and please check with your partners as some don't) could design a Halloween style pinafore.  Dress this pinafore up in anyway you like with appliqué, trims, fancy stitching, pockets, etc...

Have a look at various different pinafores and styles to get an idea - again Ted's blog is a great place for inspiration as he has done something similar to this before three years ago with his 'Pinafore Challenge'. Monica took part in this challenge and her entry came fourth and you can read about it here.

The swap is for a pinafore only, but if you would like to make a little top to go underneath it - again check with your partner to agree before hand if you are going to do this as I want this to be an easy swap for beginners as well as those more experienced.

I have made up a couple of pinafores so far to show examples: 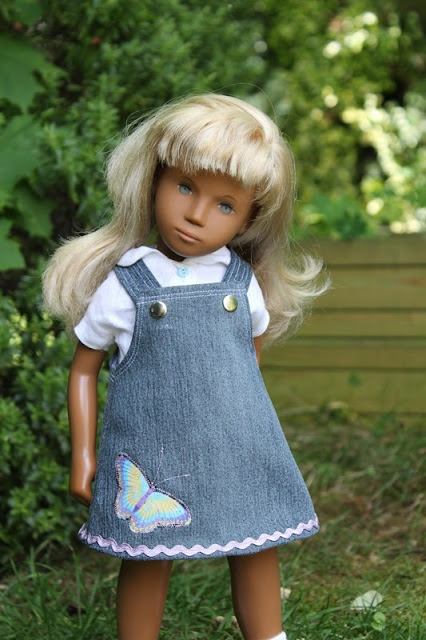 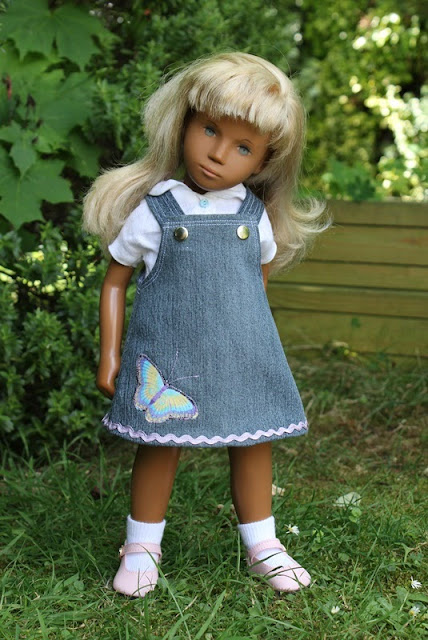 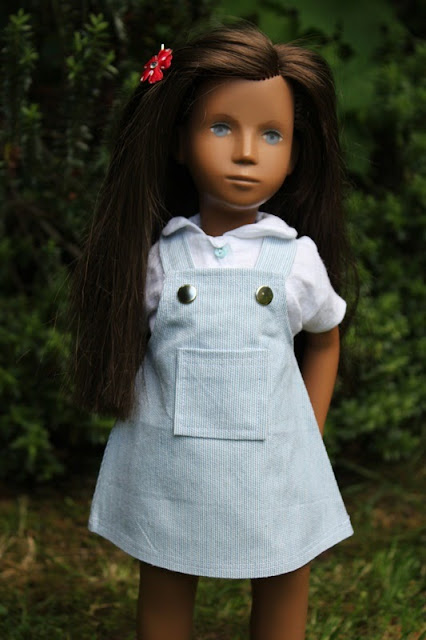 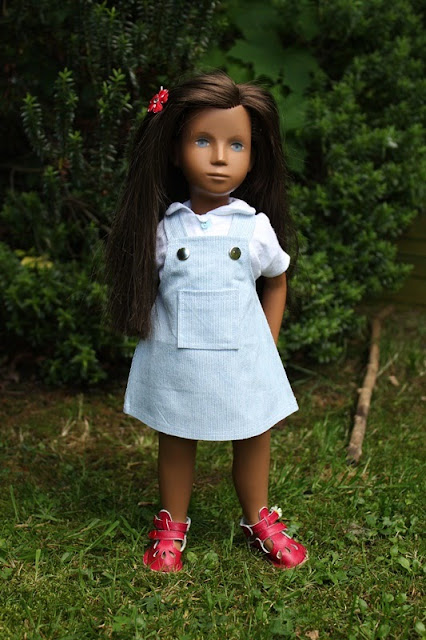 Autumn Pinafore Swap - make a pinafore using the pattern provided and add your own design to decorate it for your swap partner.

Sign up for the Swap by 7th September 2013 - sending me your name and address details by email to lorraine(@)takaro.co.uk (removing brackets).

Swap partners will be announced 9th September 2013 and patterns will be emailed.

Contact your partner to confirm if you are just making the pinafore or are both happy to add a little top or blouse to go underneath it.  Also check to see if you making an Autumnal theme or a Halloween theme.

If you have any questions, please contact me and ask and remember most importantly…HAVE FUN!