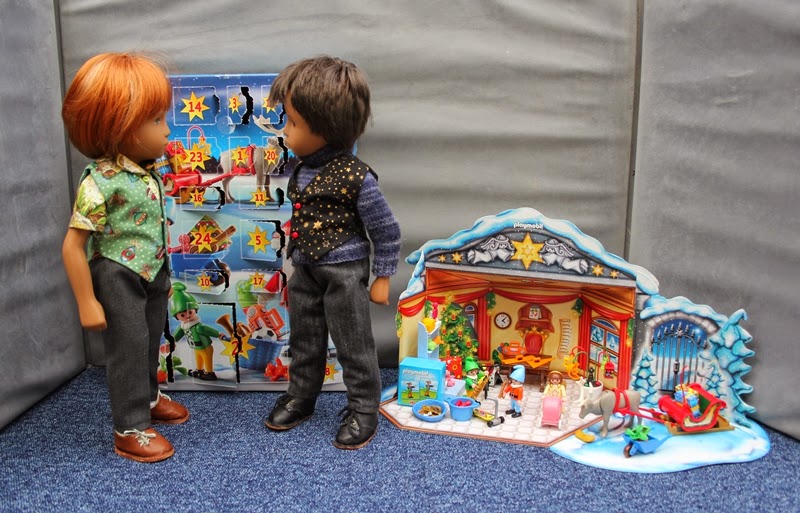 Hi Rory, shall we open the door for today?  Henry asks.

Can we?  Rory replies.

Of course, why not?  Henry says.

Well I just thought as we had both kind of opened one before....  Rory says.

Oh that is no problem.  Mum said it is okay. Henry reassures Rory. 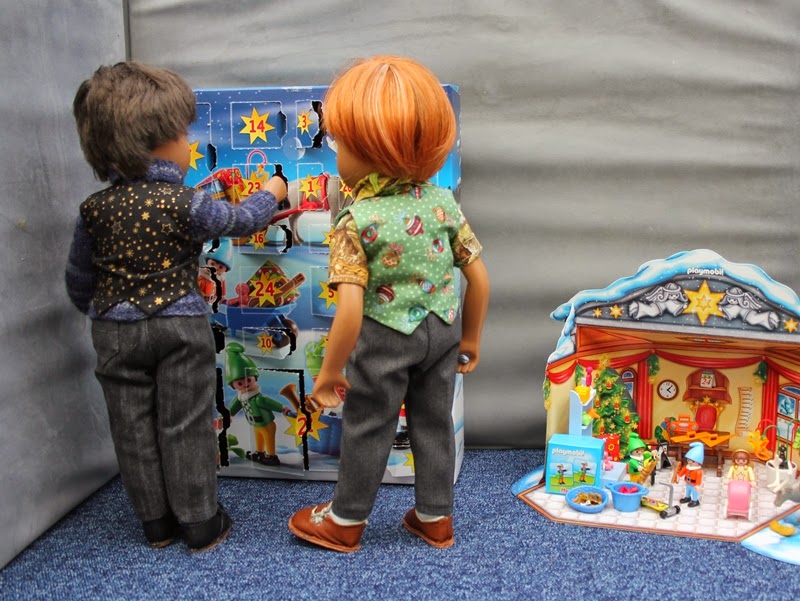 Here it is.  Henry says.  I wonder if it will give us the answer to the mystery of the orange objects? 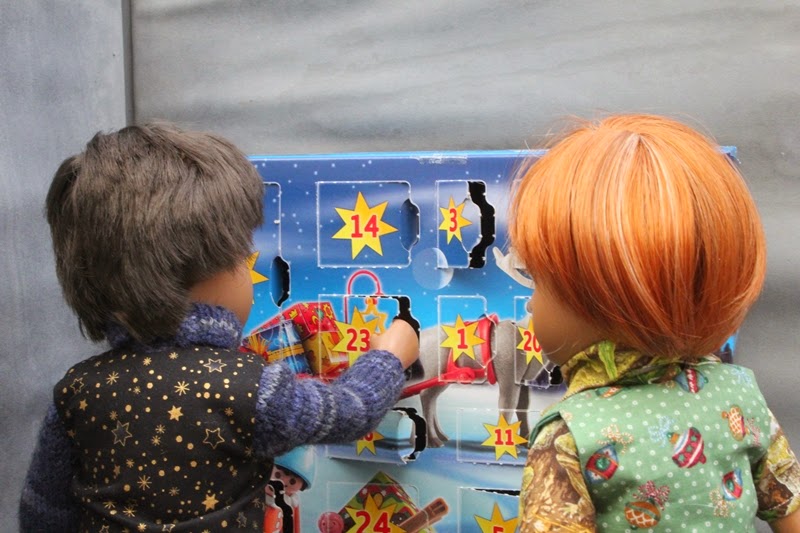 Henry reaches inside to retrieve the gift with Rory eagerly watching. 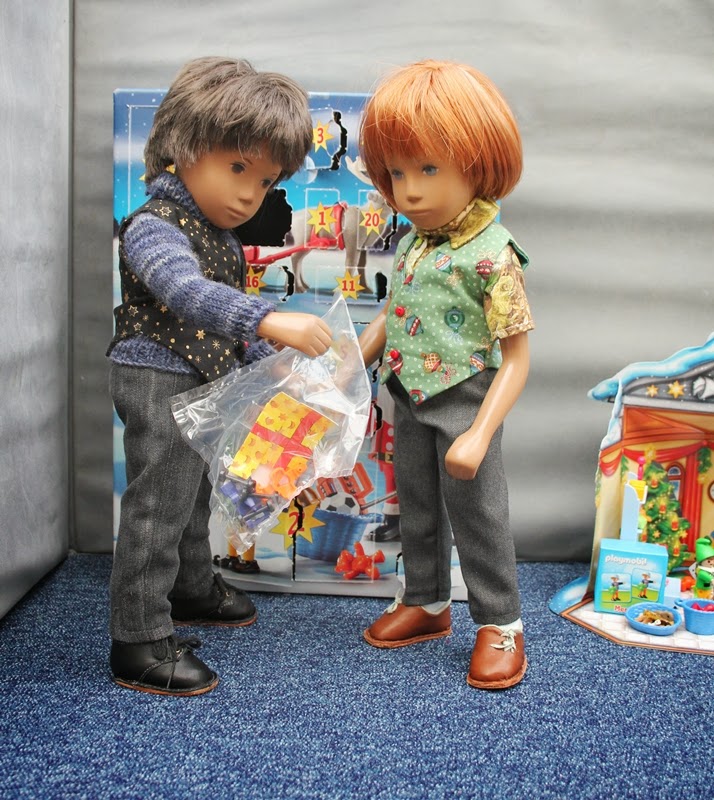 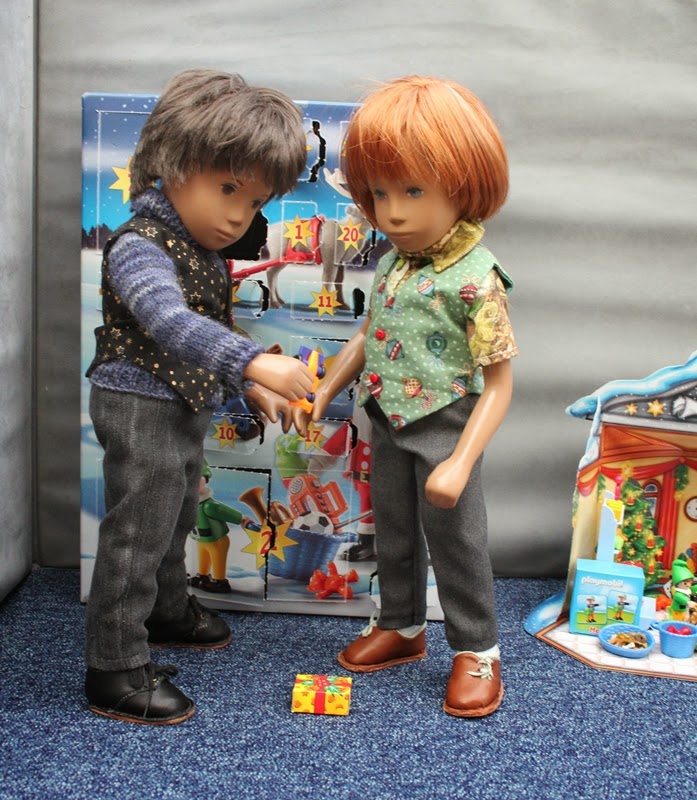 Henry shows Rory the little car that was in the package after he has made up the little Christmas box which he has carefully put on the floor. 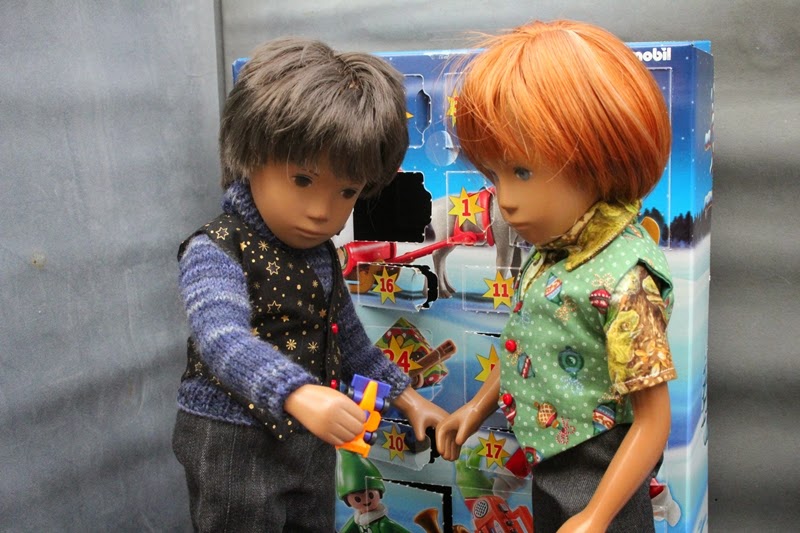 This looks like a super fast racer.  Henry states.

Sure does.  Rory agrees. 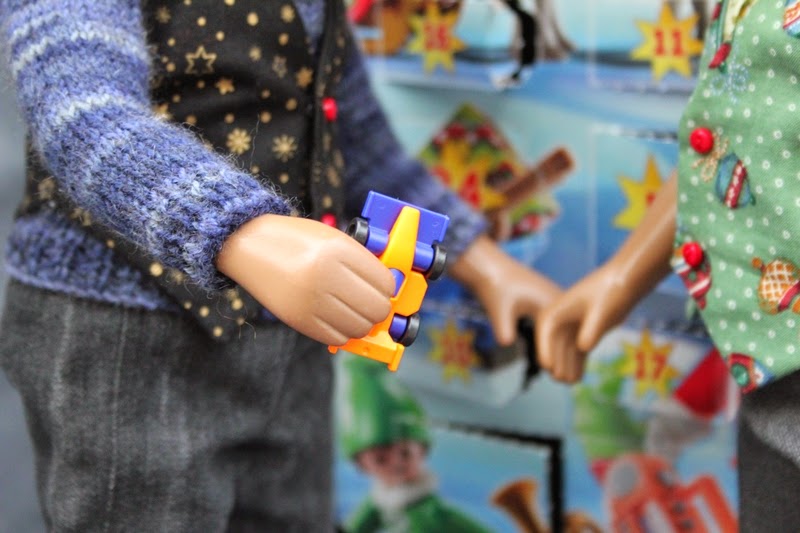 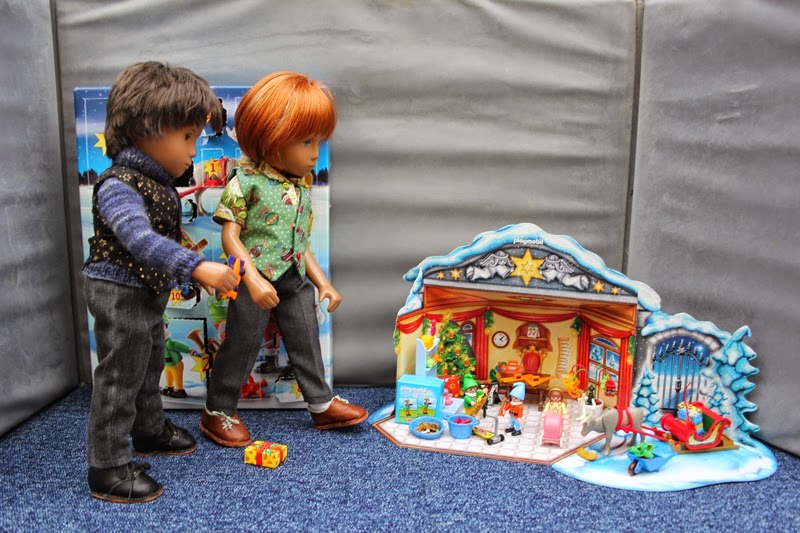 Right, where shall we put them?  Henry says as he and Rory walk towards the scene. 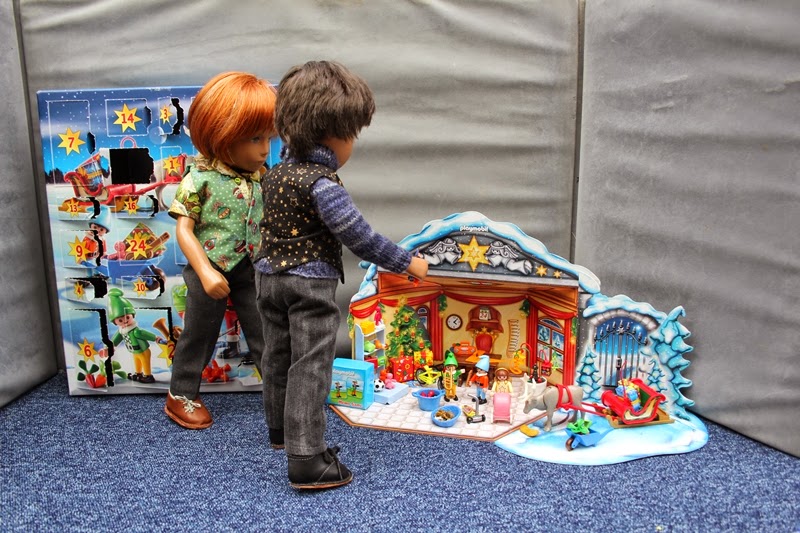 Over there should do nicely. 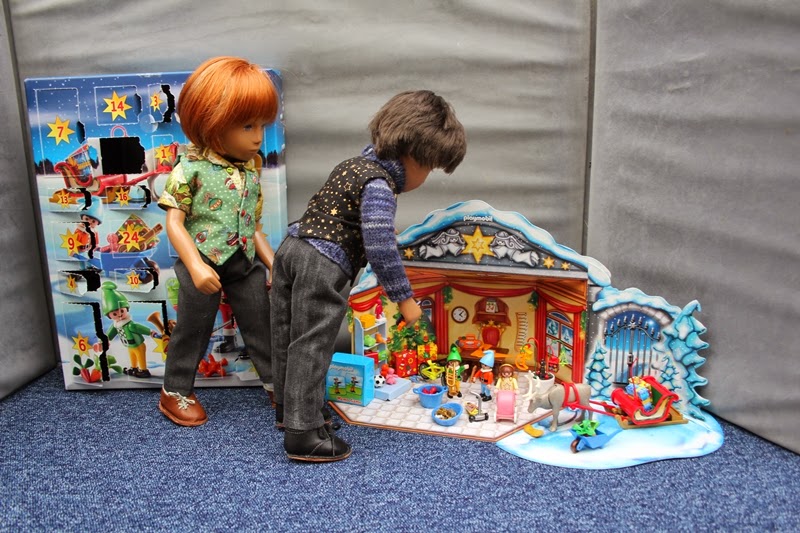 Henry puts the little present with the other beside the tree and puts the car down at the front. 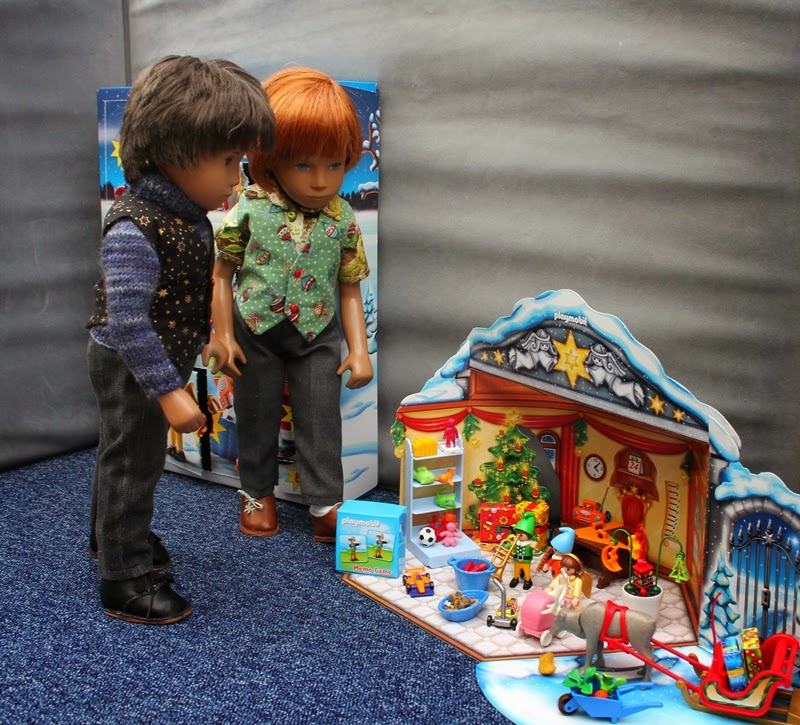 There are lots of toys now aren't there Henry?  Rory says. 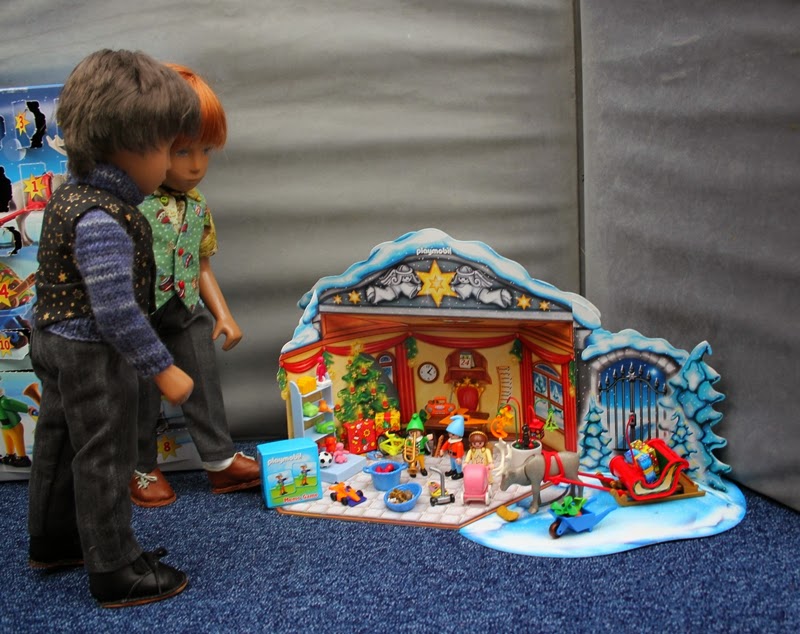 There sure are.  Henry agrees. 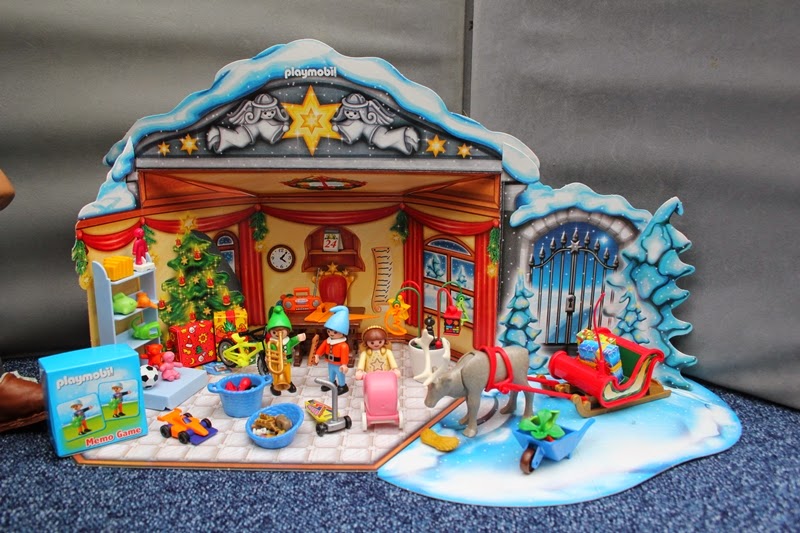 Lots of toys for the children to play with on Christmas Day.