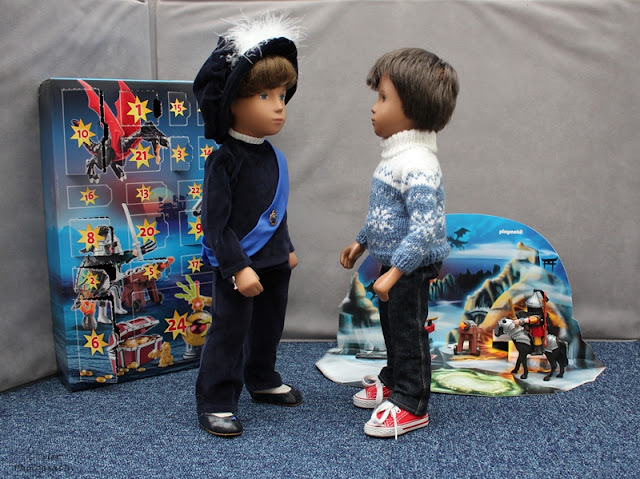 Goodness me, don't tell me you are all dressed up as well!  Henry says in astonishment as Alex walks up. 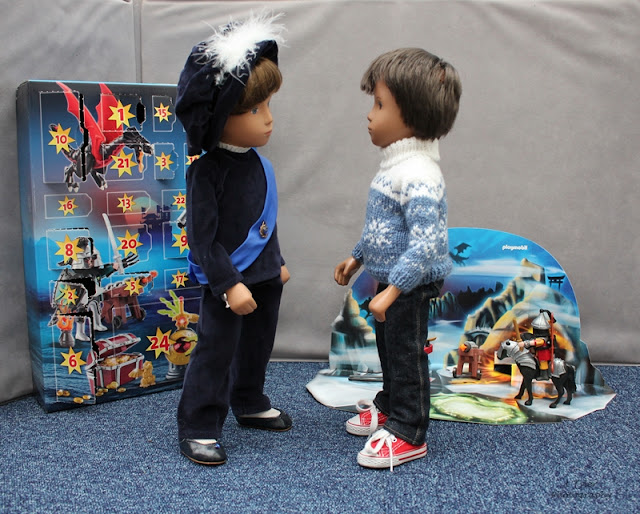 Well naturally, Alex replies.  After all some of us have to take our responsibilities seriously and as Prince George Alexander Emmanuel, I have a lot of responsibilities.

Do you?  Henry asks.  What exactly are these responsibilities?

Oh I see....Henry nods his head wisely.  Well perhaps one of your 'important responsibilities' is opening today's Advent window. 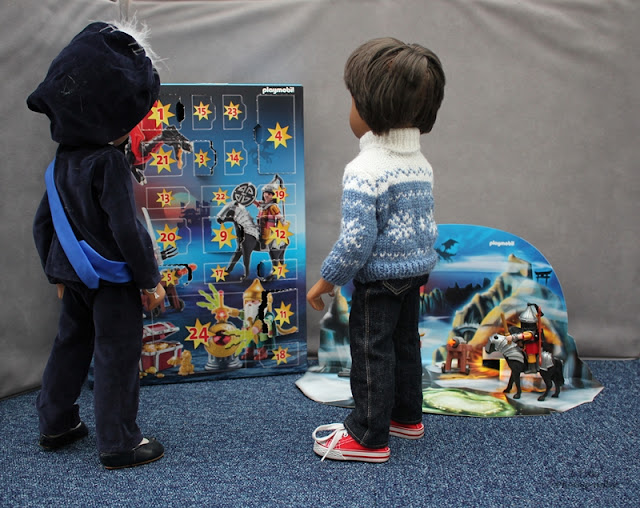 Well of course!  Alex agrees and the boys look for number 12. 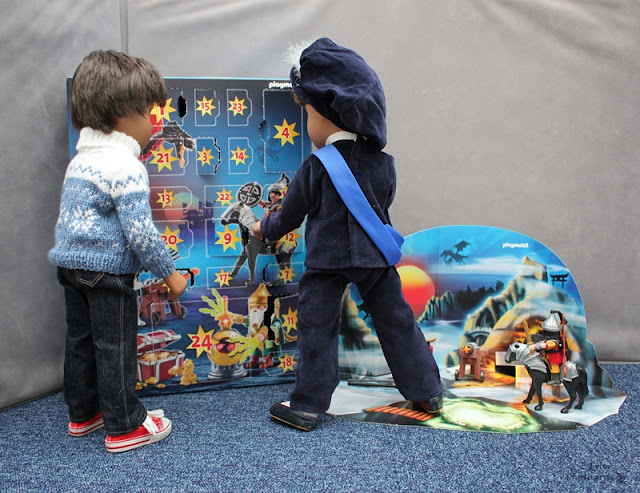 Found it!  Alex calls out excitedly.  I mean here it is.  He goes on to say in what he thinks is his 'Prince' like voice. 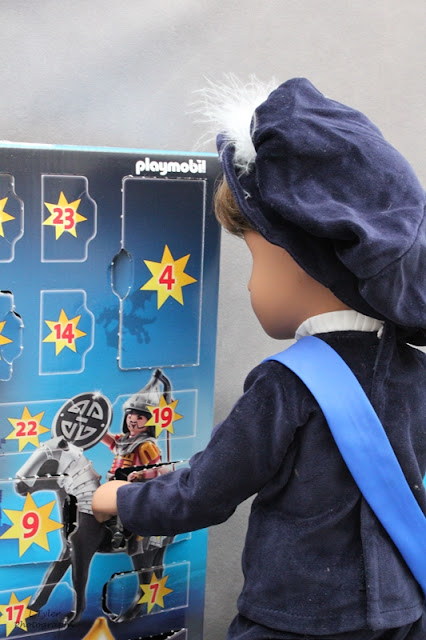 He tries to remain calm as a Prince might as he opens the window. 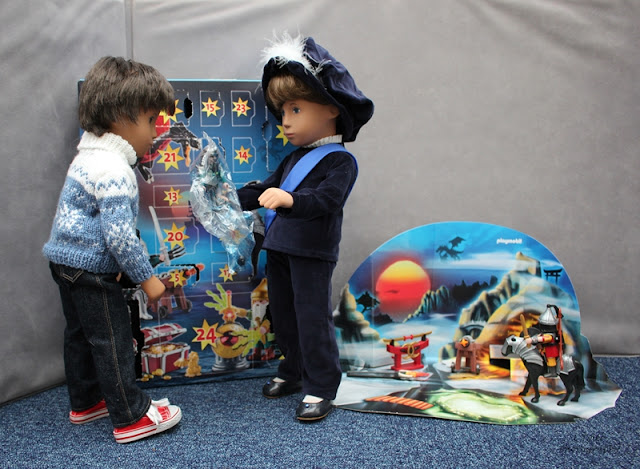 But he is finding it difficult.... 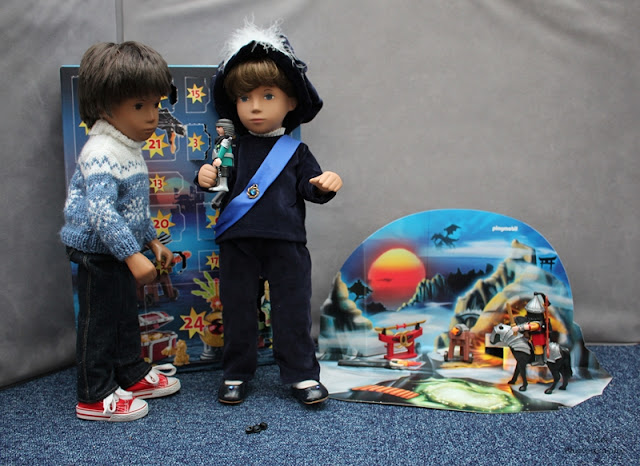 Look, look, a knight!  He cries out, forgetting all about being a Little Prince. 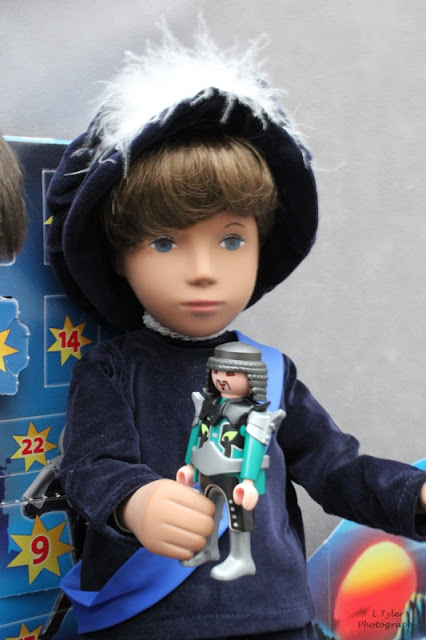 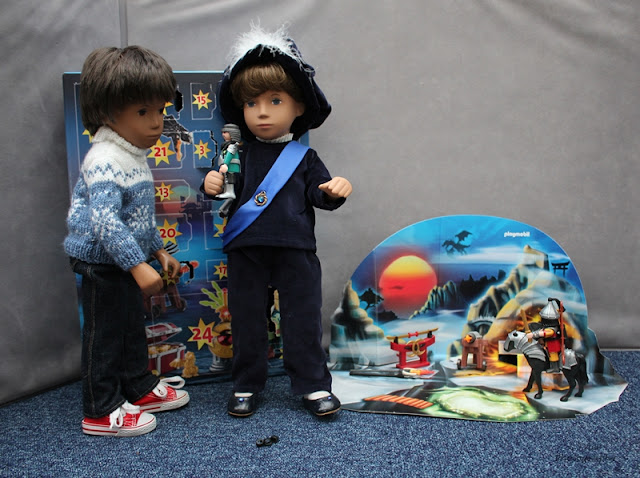 He certainly does Alex.  Henry says as he looks at the little knight with the fierce face. 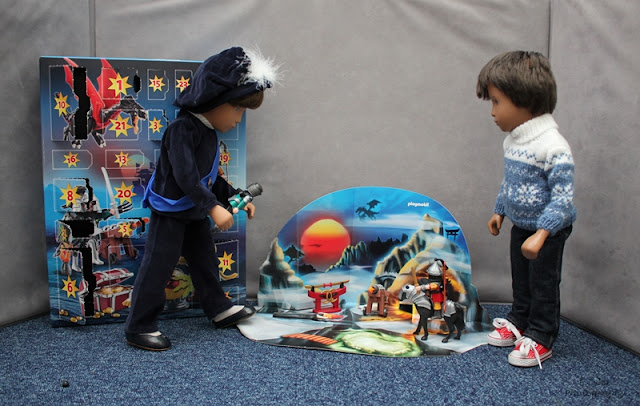 I am going to put him down here. Alex says. 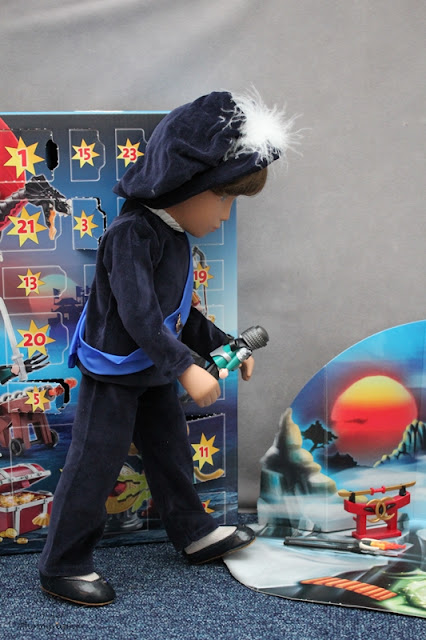 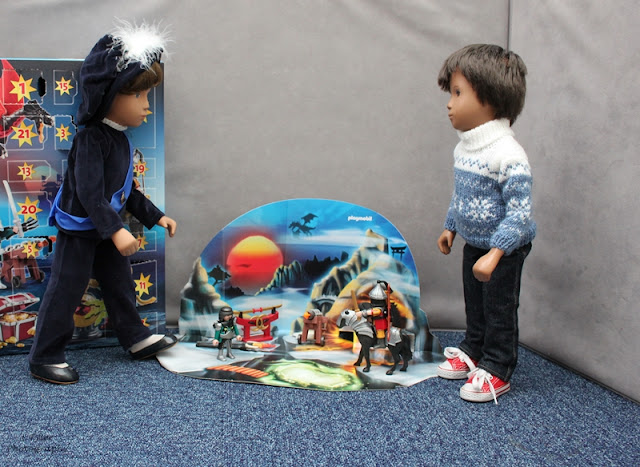 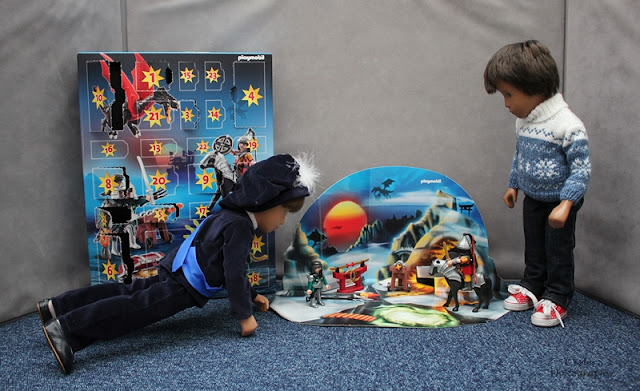 Henry looks down at Alex who is getting stuck into playing.,...forgetting all about his 'responsibilities' as  a Prince.

I think they are going to have fun playing together today.