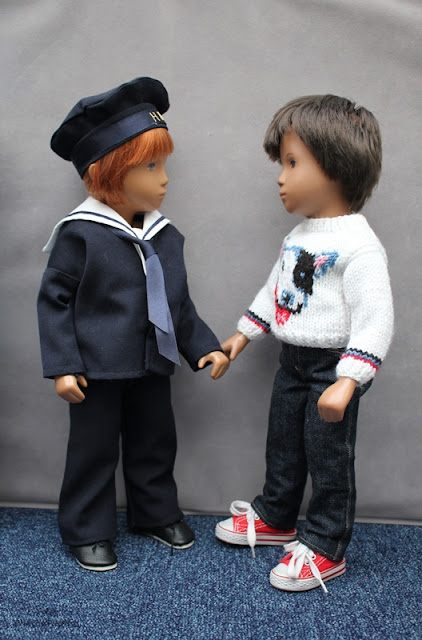 Henry is so pleased to have Rory home.  He can't quite get over seeing him again and they have a lot of catching up to do. 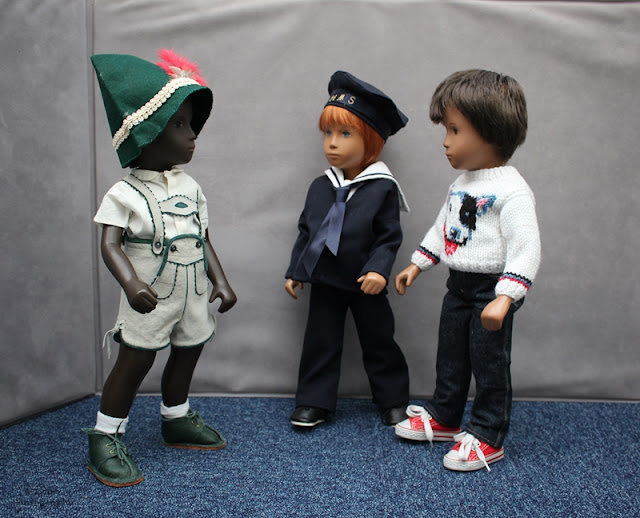 As they stand talking Caleb approaches.

Hey there back Sailor.  Caleb replies. What do you think of my dressing up outfit Rory?

You look great Caleb - but isn't it a bit cold now to be going round dressed like that?  Rory asks. 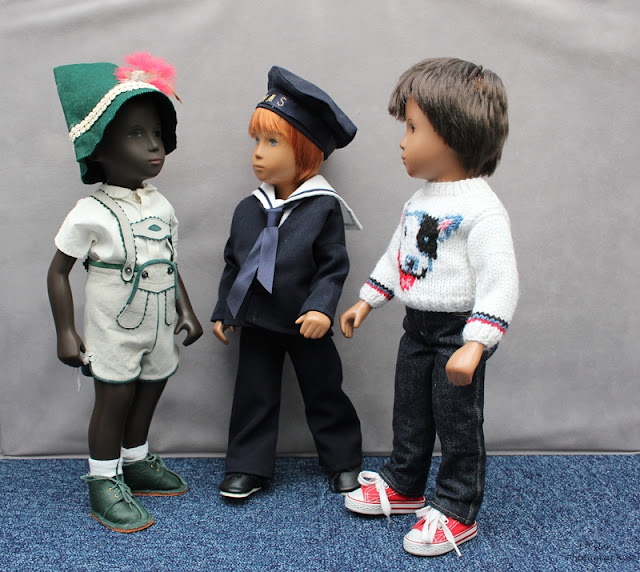 Well....it is kind of a bit cold at times.  Caleb admits.  But I like this outfit so much I want to keep wearing it.

Henry is not so convinced.... which is rather funny as he seems to have developed rather a fondness for his Bull Terrier jumper. 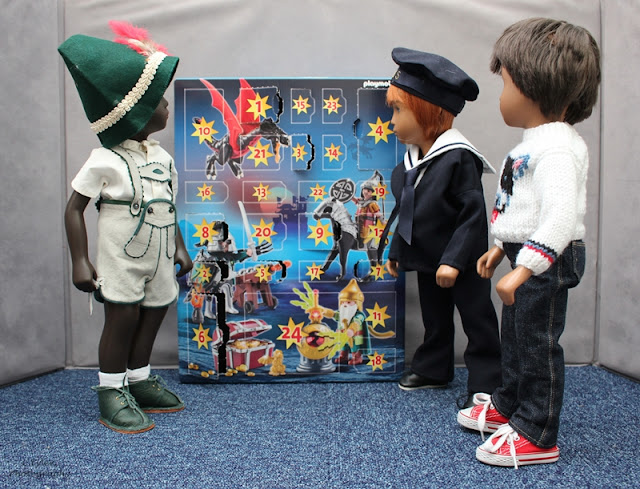 So guys, it is my turn today is it?  Caleb asks as he looks for the window for today. 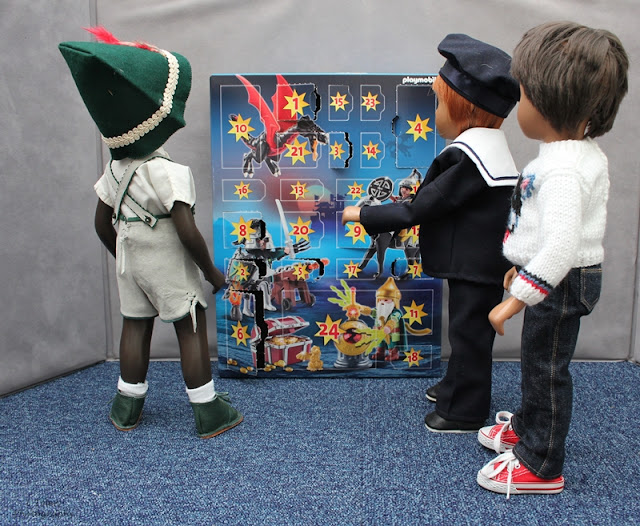 They all search for the number ten window 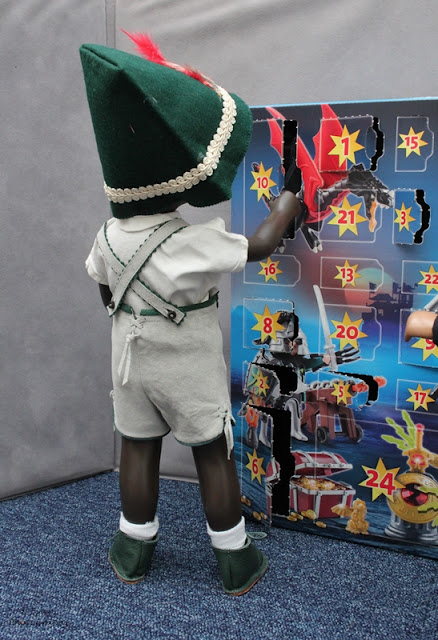 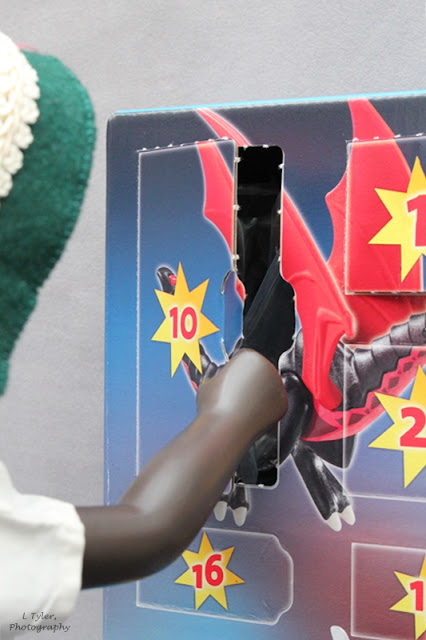 Oh and it is a big window as well - I wonder what is behind it.  He says as he opens it up. 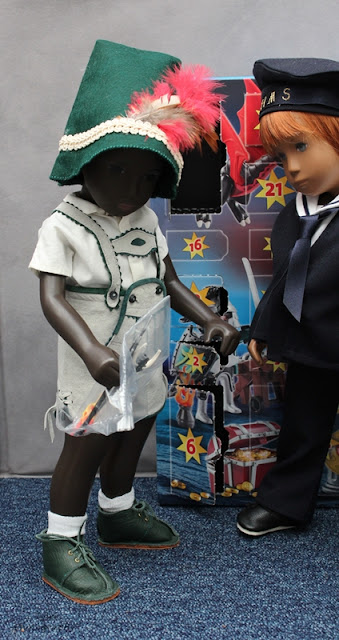 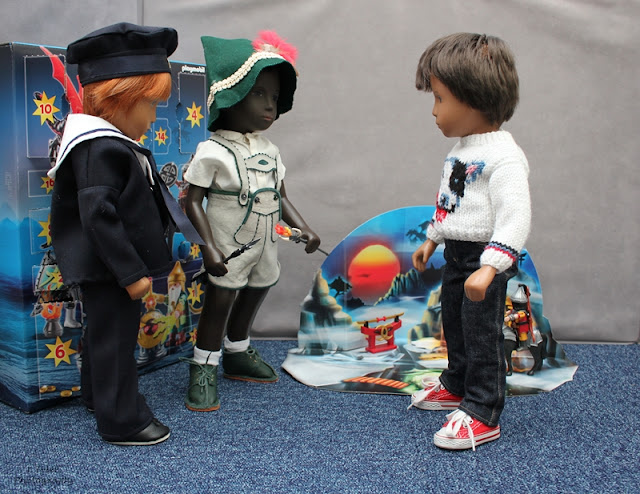 Sure enough yet more weapons for the scene.

I wonder when we are going to get another knight to use the weapons?  Henry wonders. 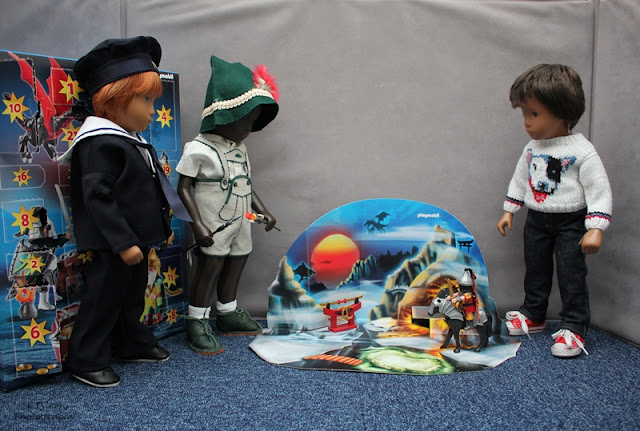 Now where shall I put them. Caleb asks. 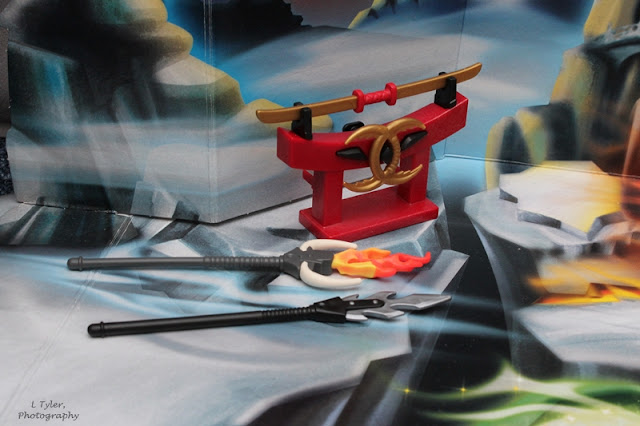 Down here will do. 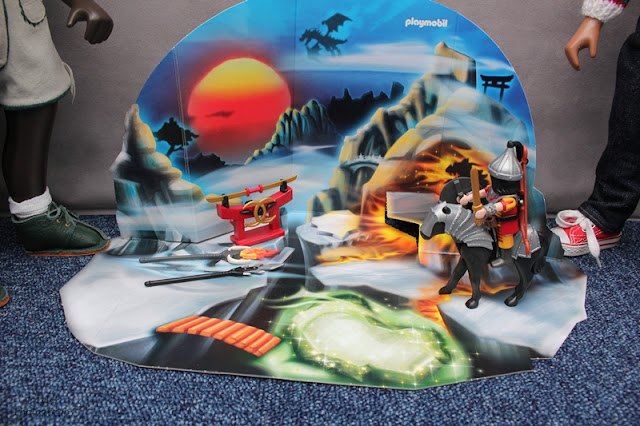 The lone knight has plenty of choice - but what is he going to need them for? 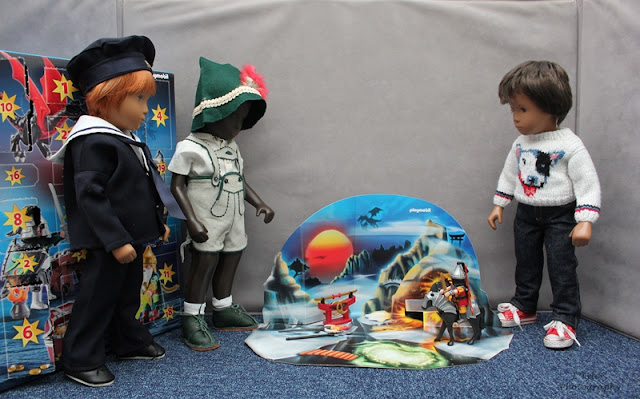 The boys all wonder just what the knight needs so many weapons for. 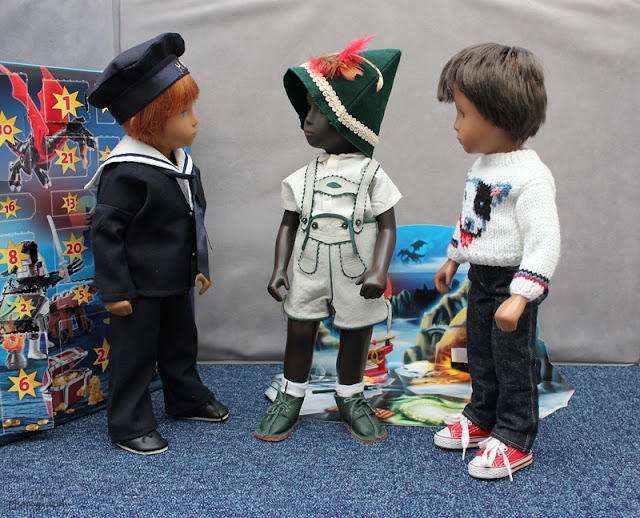 Are you going to get changed out of your Sailor uniform Rory?  Caleb asks Rory.

Are you going to get changed?  Rory asks Caleb

Henry just looks on - wondering what has got into everyone lately!