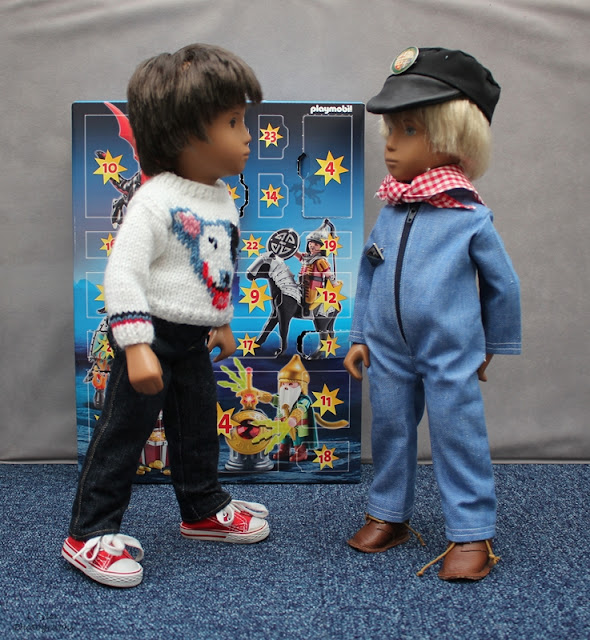 Hi there Simon, what are you doing dressed up like an Train Engine Driver for?  Henry asks as he approaches Simon.

Simon bursts into song.  'I've been working on the railroad'

Henry is rather startled - he has never heard Simon burst into song before.

Well um, it is your turn to open the Advent Calendar today. He says. 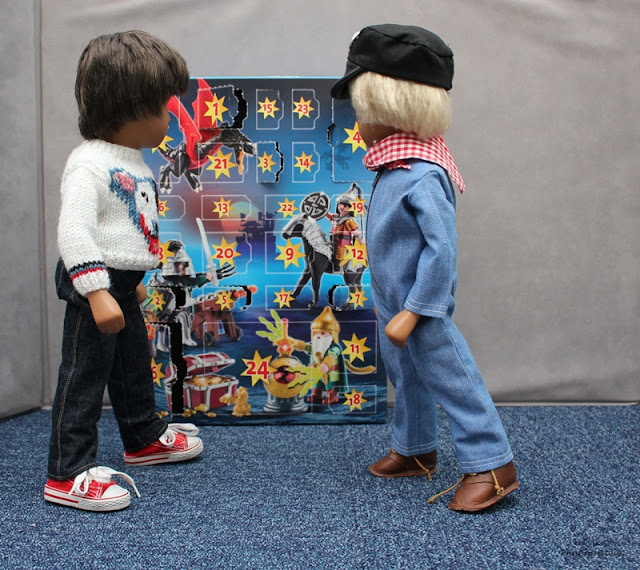 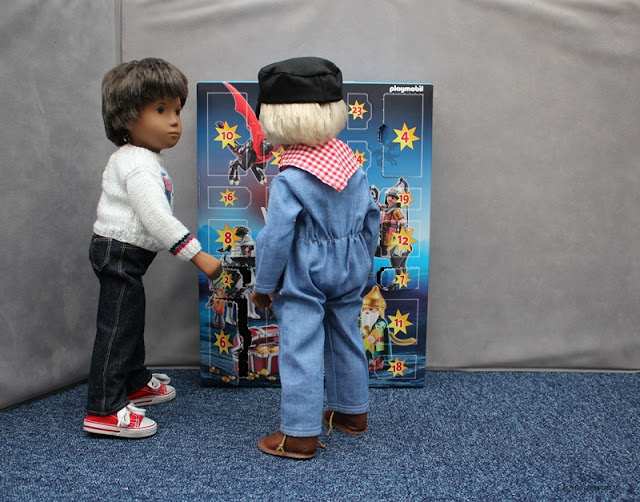 I think I have found it.  Sings Simon. 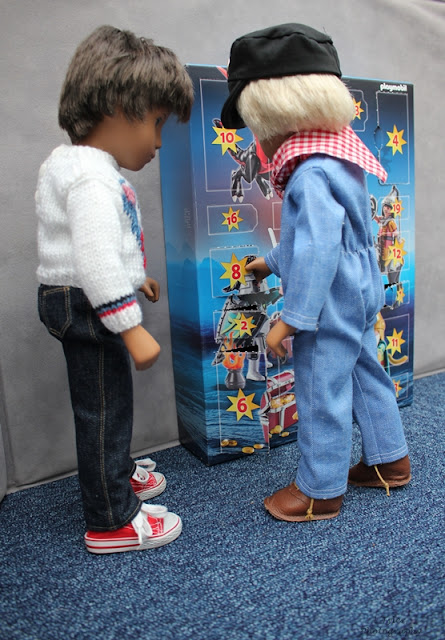 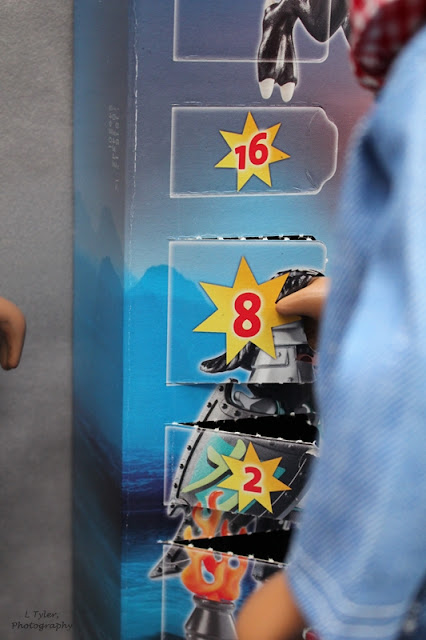 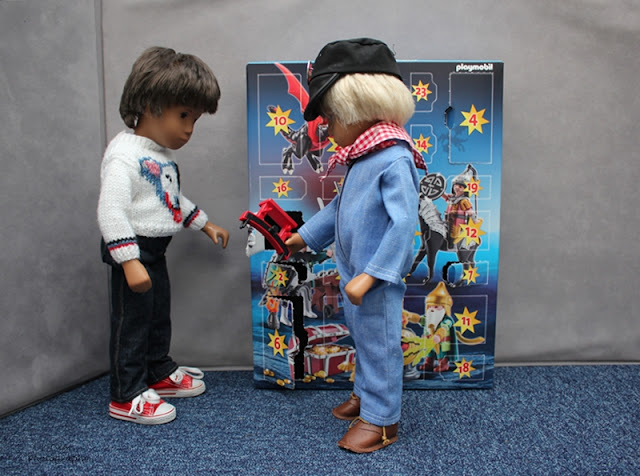 Ooh, look at this, I wonder what this is for.  He says. 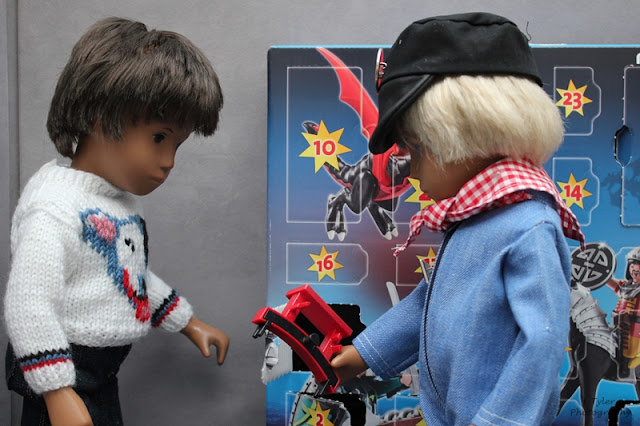 It looks like a stand of some sort. Henry suggests. 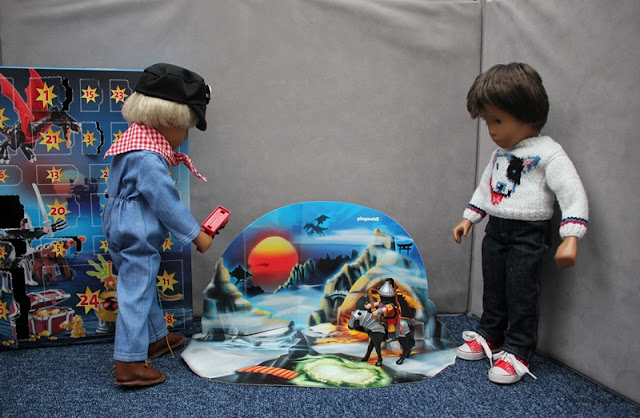 Well I will put it down here and we can see if something arrives for it tomorrow.  Simon says to Henry. 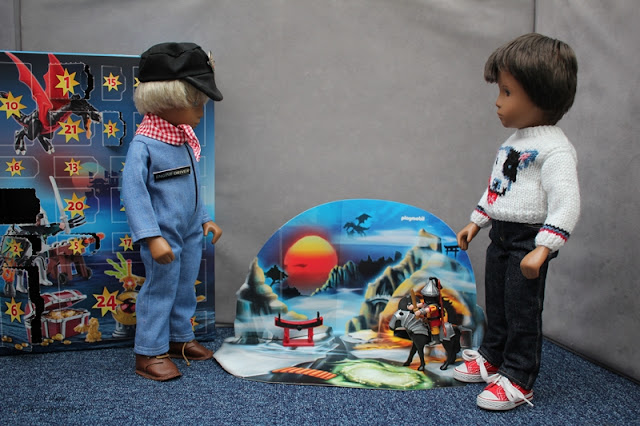 I think it looks like something for swords perhaps.  Henry suggests. 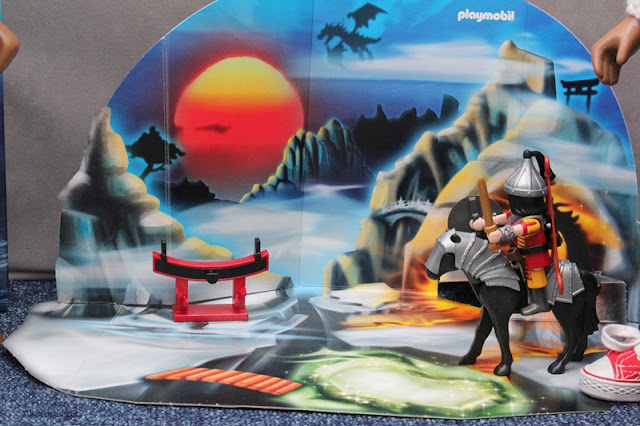 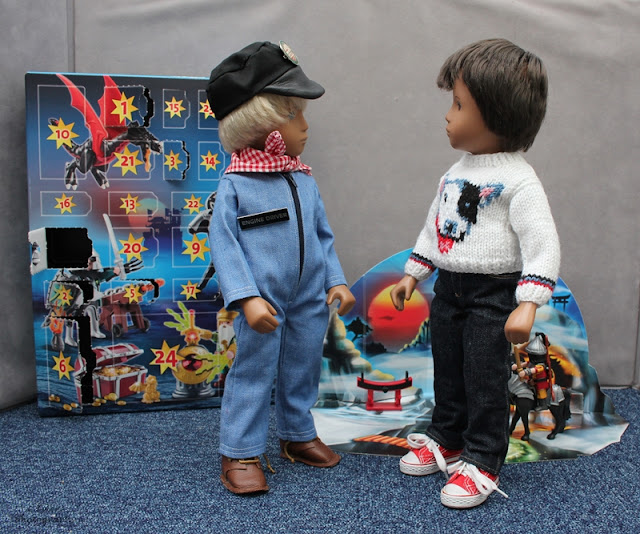 So what are you up to now?  Henry asks Simon.

I've got to go back to 'working on the railroad'  Simon sings.... 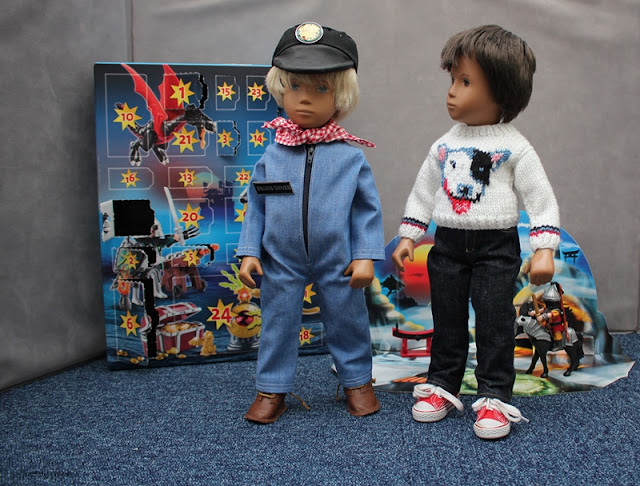 and walks off leaving Henry feeling rather bewildered and wondering what on earth has gotten into Simon.