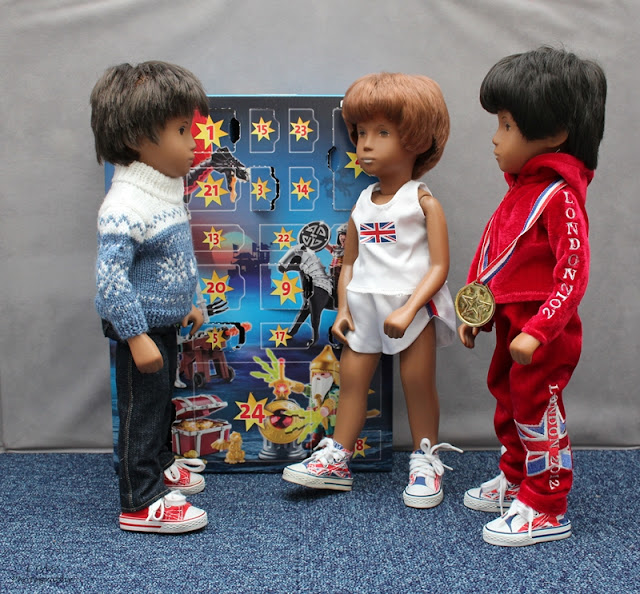 James, Connor, What on earth are you guys dressed like that for?  Surely you must be freezing James?  Henry asks.

We are training for the next Olympics.  Connor replies 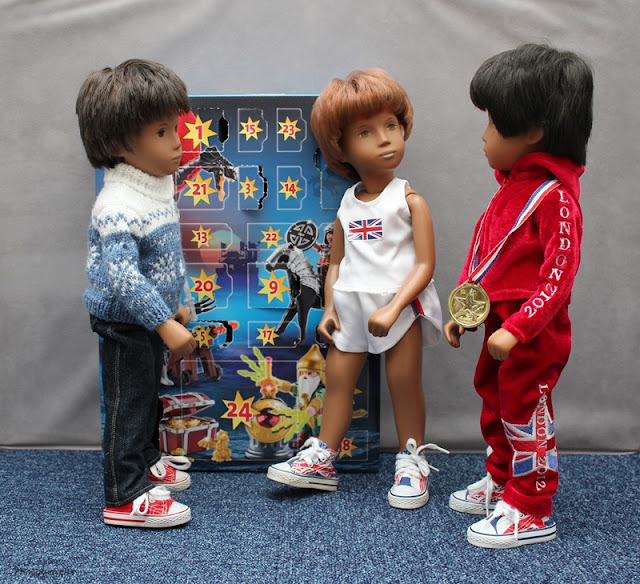 We sure are, aren't we Connor?  James says as he looks at his twin brother.  We have to work really hard.

Well, I hope you have time to fit in an opening of the Advent Calendar.  Henry says.

Of course we do!  They both reply. 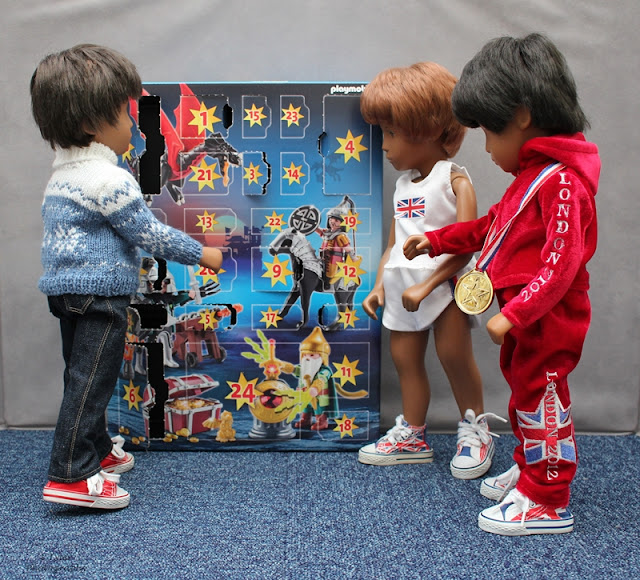 There it is James.  Connor says pointing.  Both he and Henry spotted the window with number 11 on it at the same time. 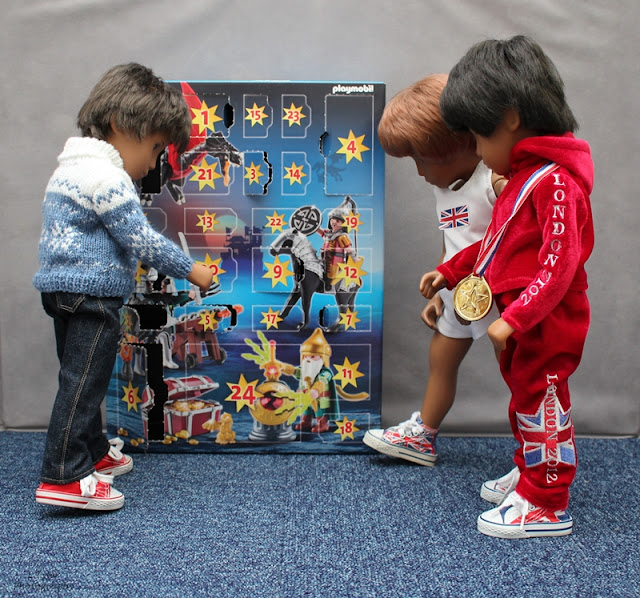 James looks down to where the boys are pointing. 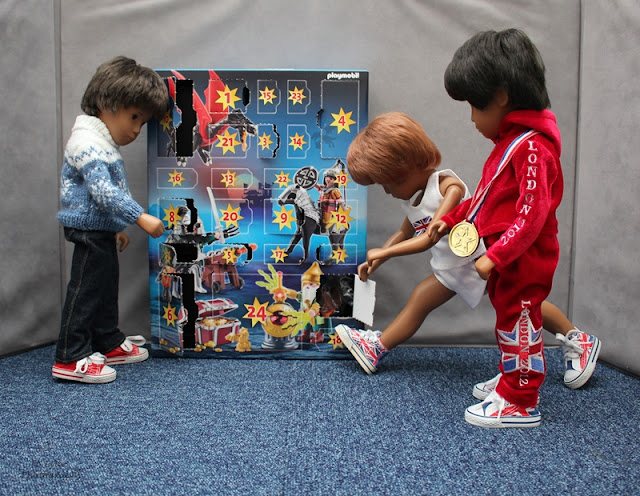 He shows off his gymnastic skills as he stretches down. Wow, lots of things in this packet.  He says as he holds it up. 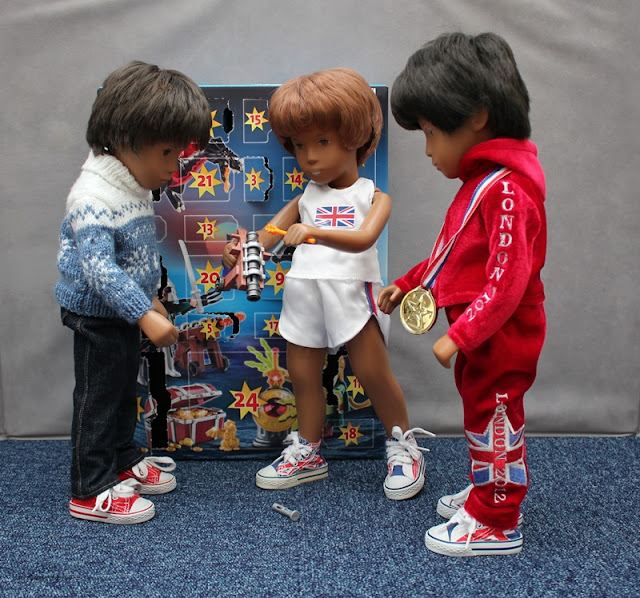 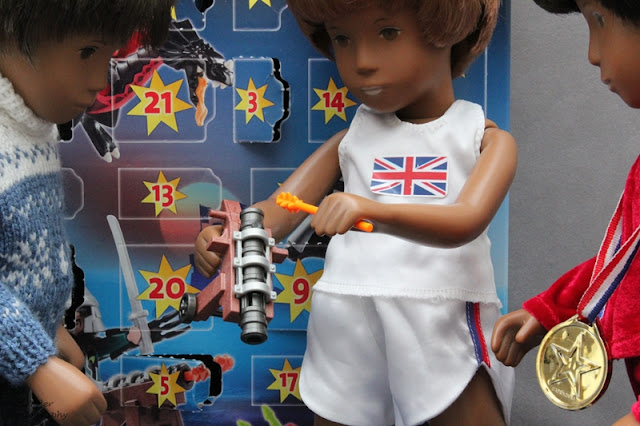 Wow, excellent!  There is also something to fire out of it as well. 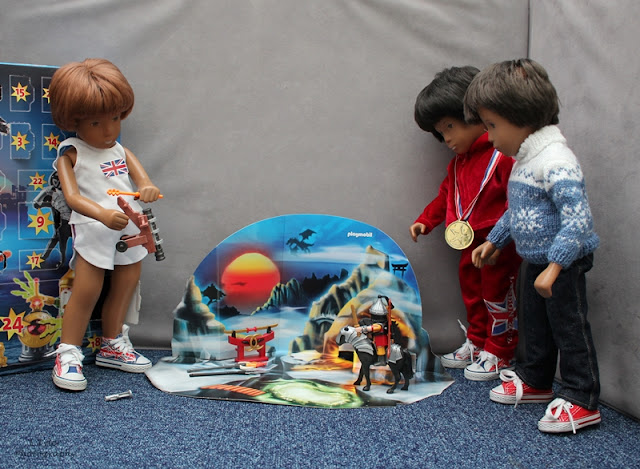 Now if I can only work out how to get it in.  He says to himself.

Henry and Connor are looking down and wondering just where it should go. 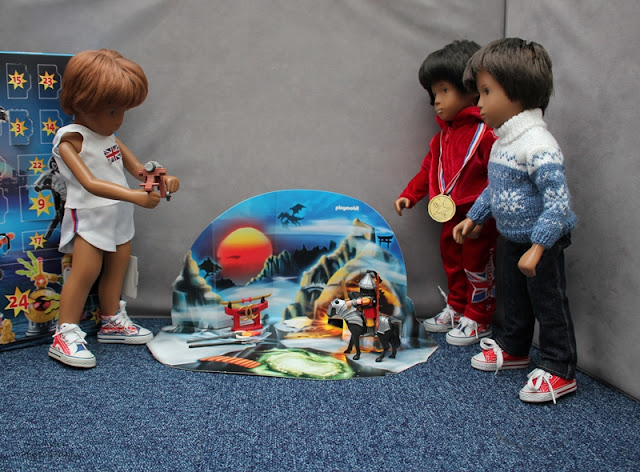 I think I have managed it.  James says. 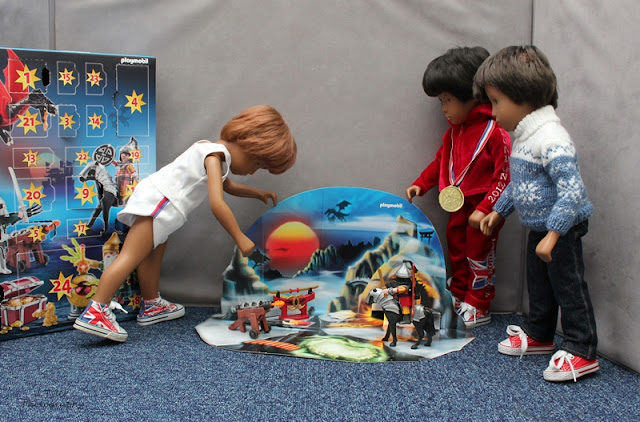 Yup, here it goes.  He says as he puts it down. 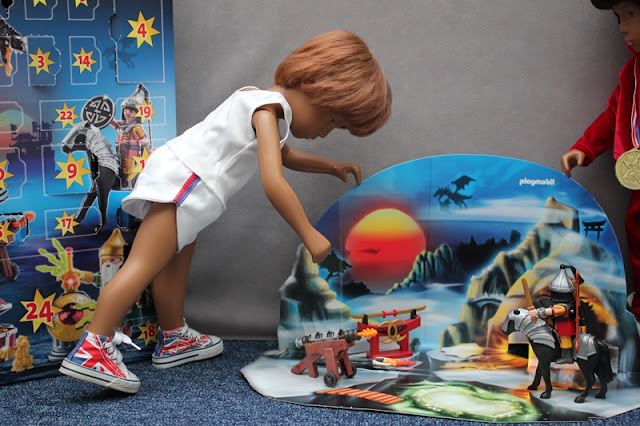 James places the cannon down onto the little scene. 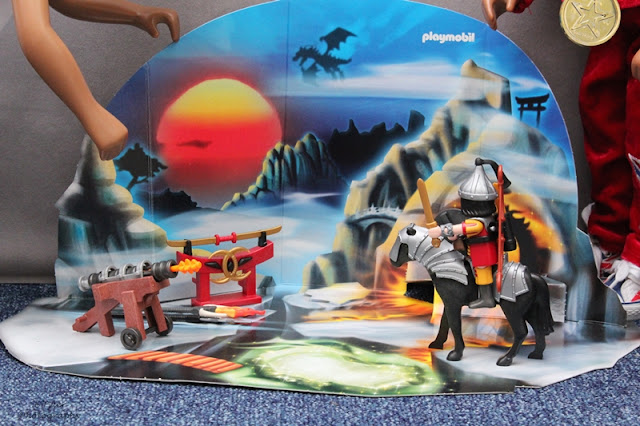 Lots of artillery there by the looks of things.  James observes. 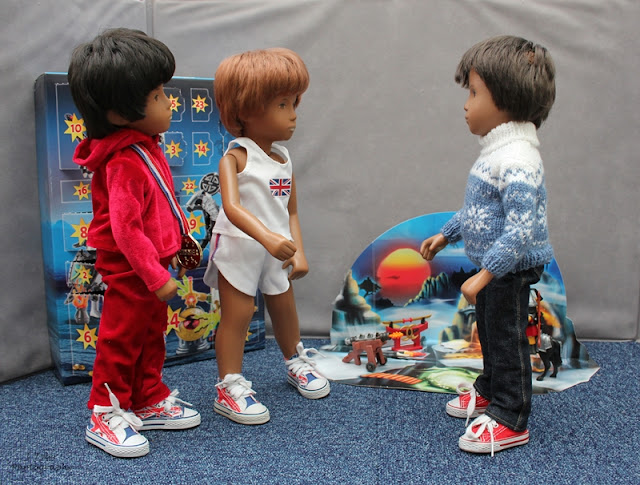 Right we must be off I am afraid mate, James tells Henry.

Why?  You have only just got here.  Henry asks.

We have to get back to training.  Connor explains.

Henry is greatly impressed by their dedication to their sports.