The Sailor is home for a couple of months! 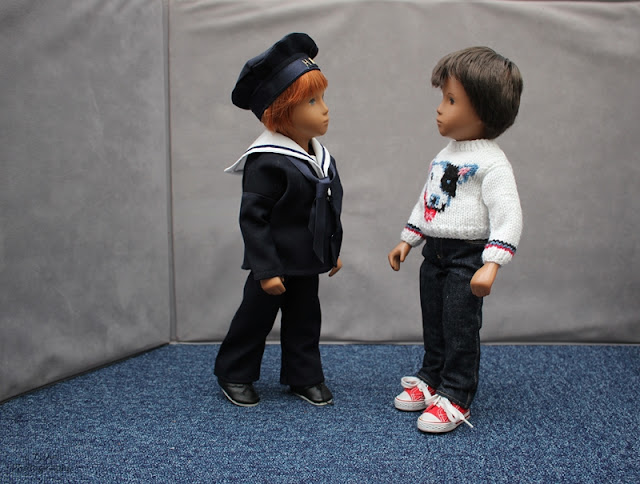 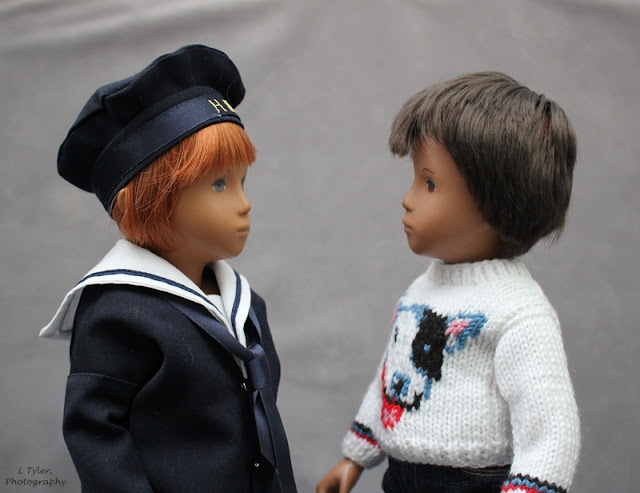 Well just in time mate, it is your turn to open the Advent Calendar today.  Henry tells him. 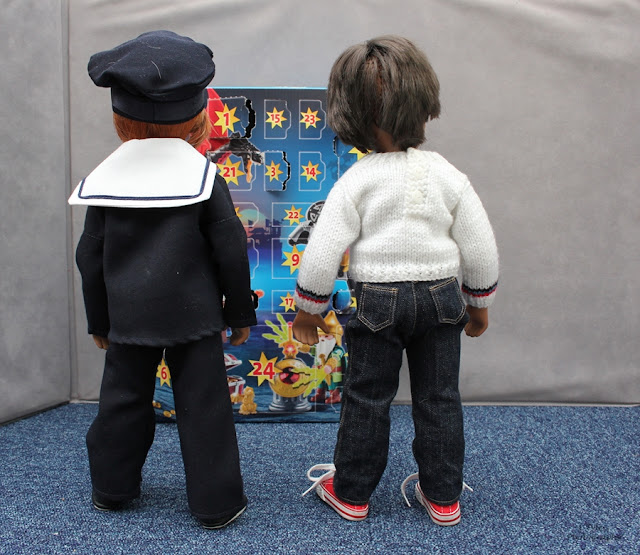 The boys look at the calendar searching for window number nine. 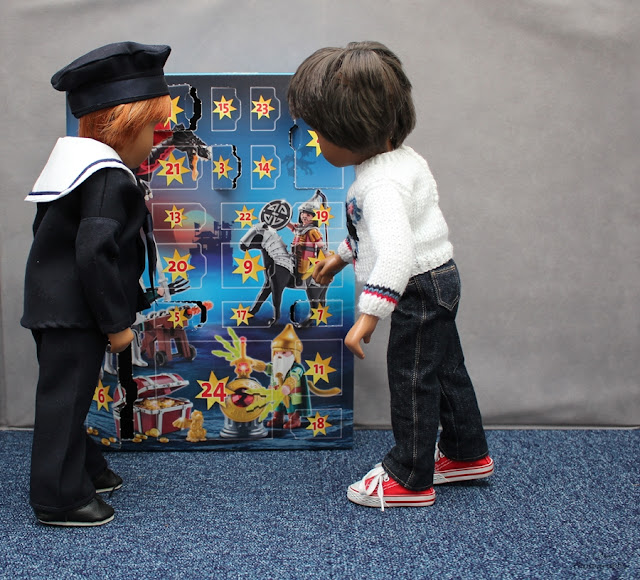 There it is. Henry says as he points to it. 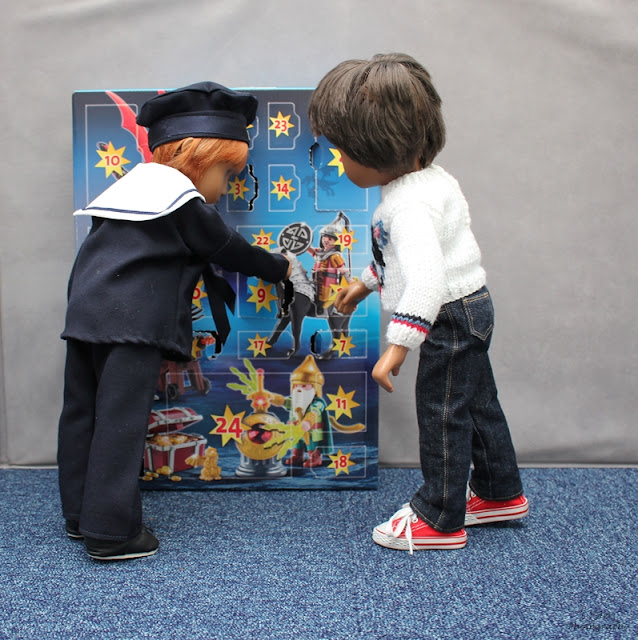 Rory reaches down and opens the door 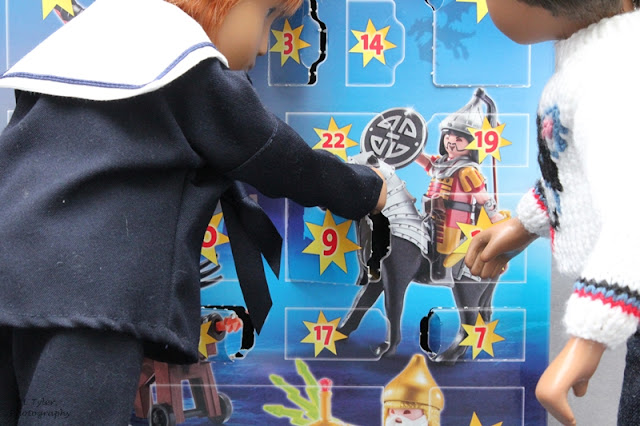 I love doing these.  He says. 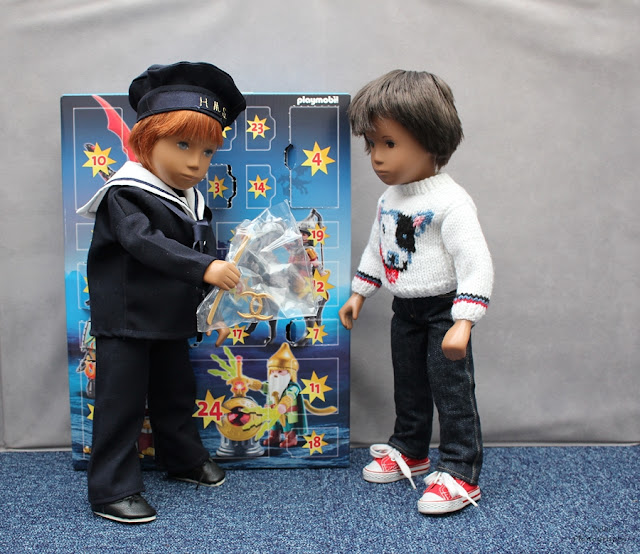 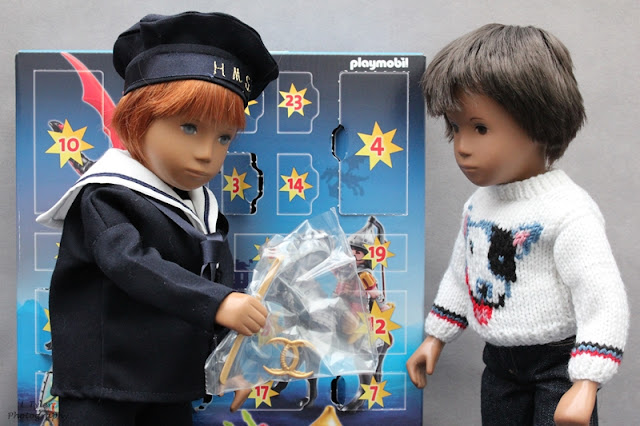 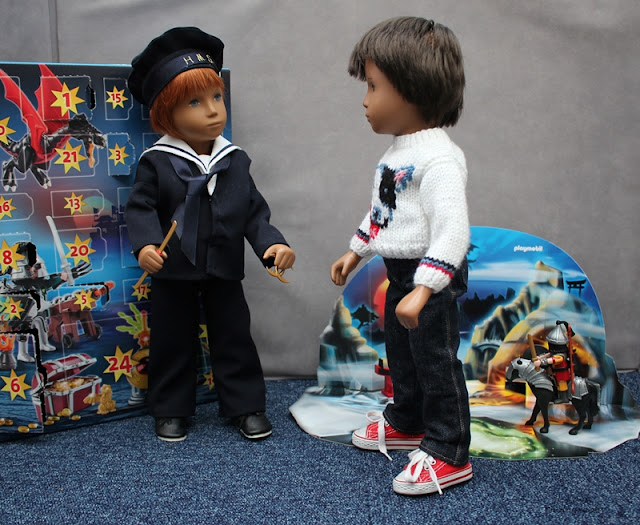 They most certainly are!  Henry agrees. 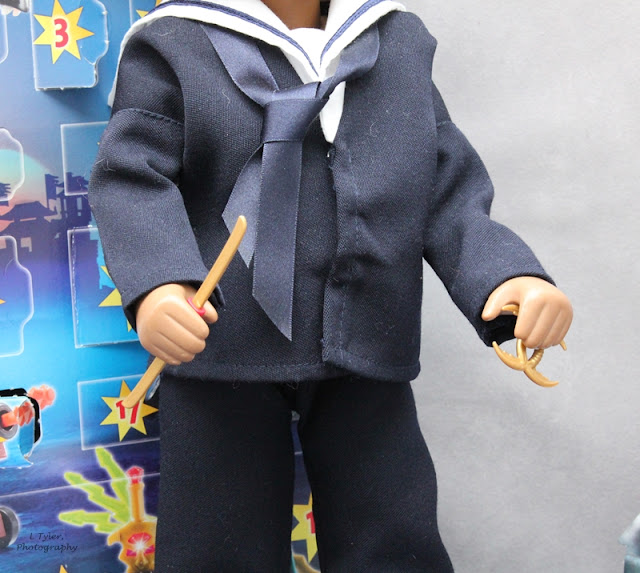 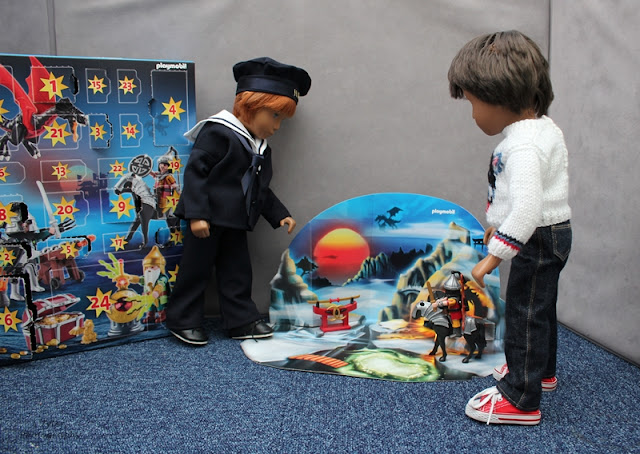 I'll put them on this little stand. Rory says as he places them on it. 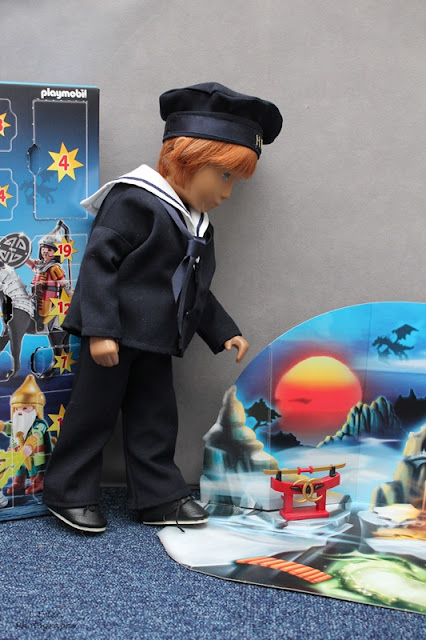 There they go, perfect.  He says. 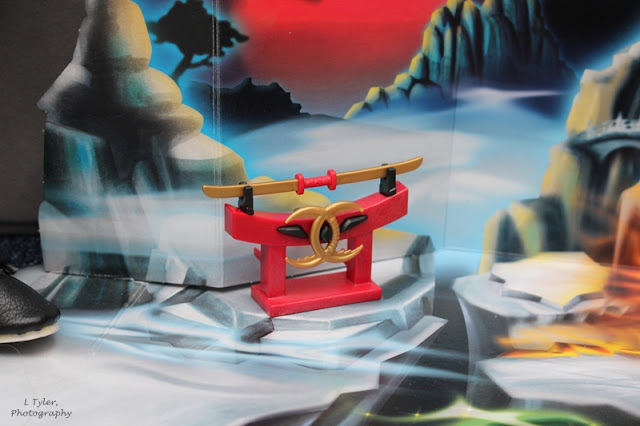