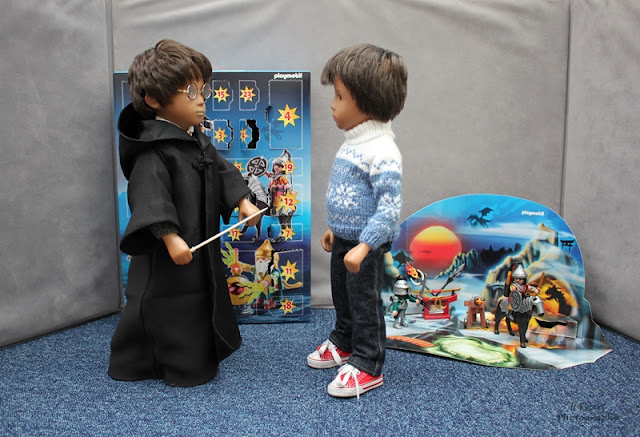 Pierre?  Who is that?  Pierre replies.  I am Harry Potter!

Um...if you say so.  Henry agrees, knowing it is better not to disagree with Pierre who is inclined to get a bit obsessed by such things. 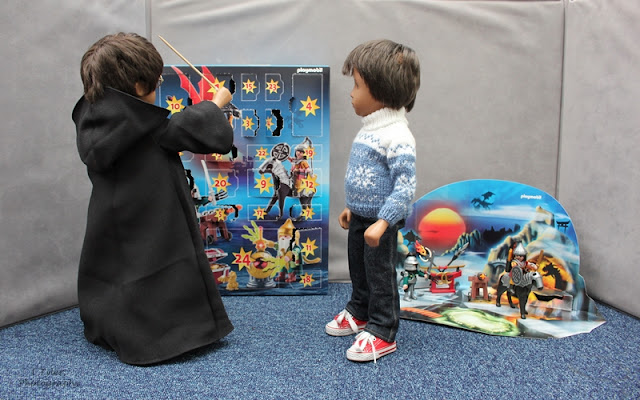 Pierre, or is it Harry Potter, turns to the Advent Calendar. 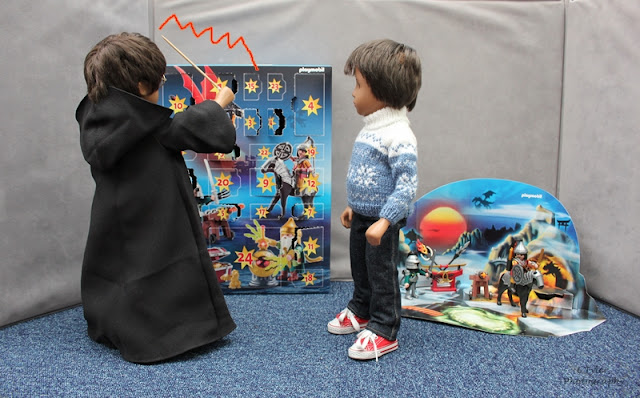 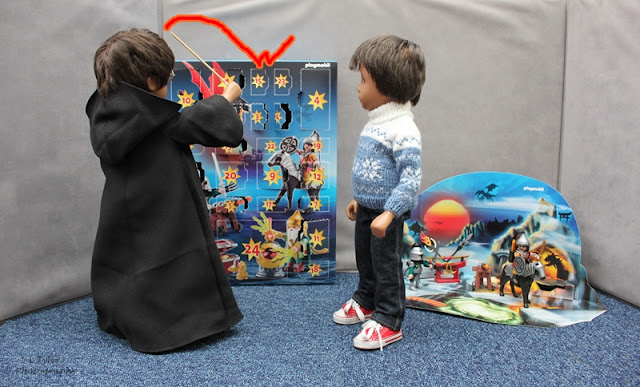 Henry watches on, amazed as sparks really do seem to come out of the end of Pierre's Harry's wand. 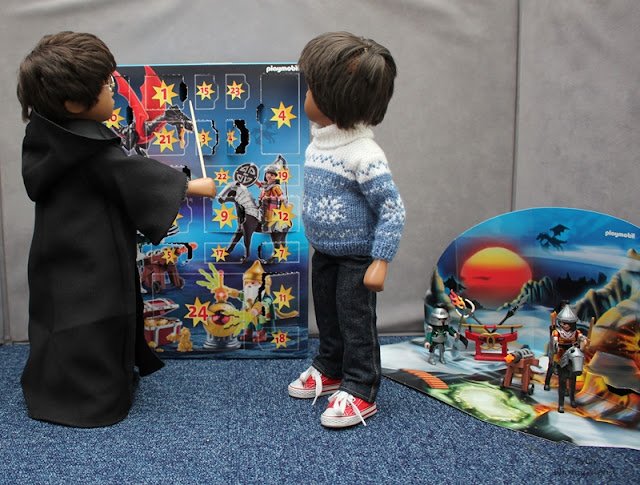 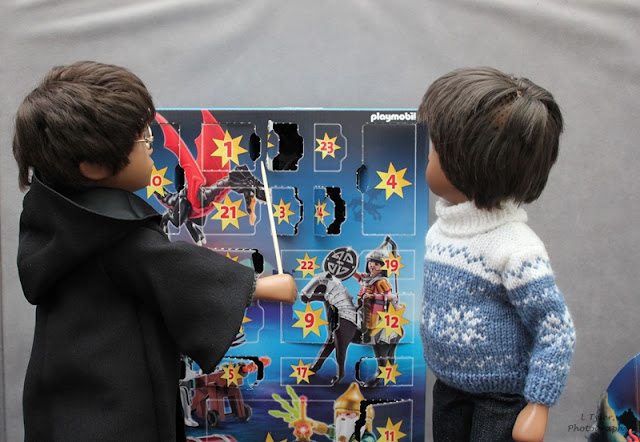 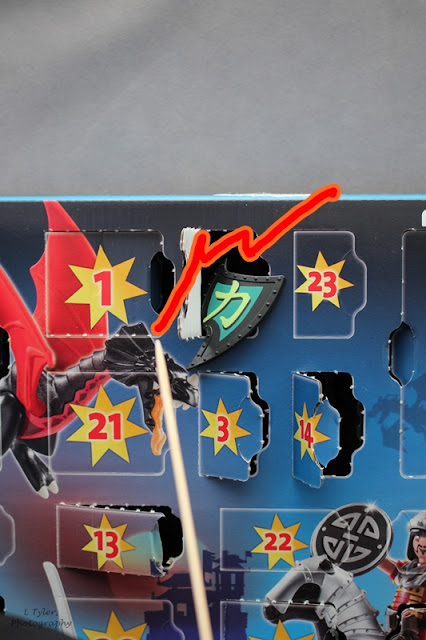 Some more sparks fly and something appears!

A shield!  Both boys cry. 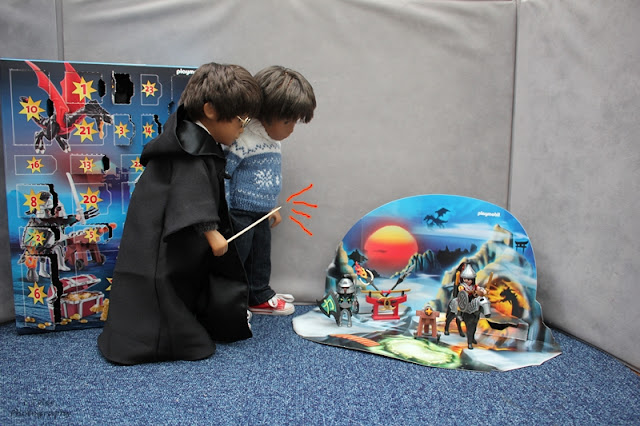 Pierre, or rather Harry waves his wand again.... 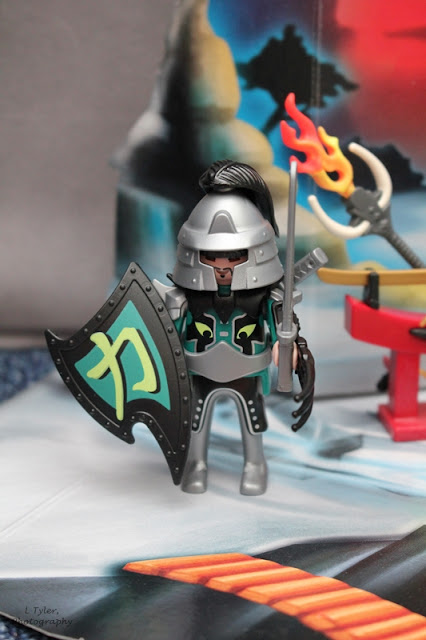 and low and behold the knight is fully equipped, ready for action! 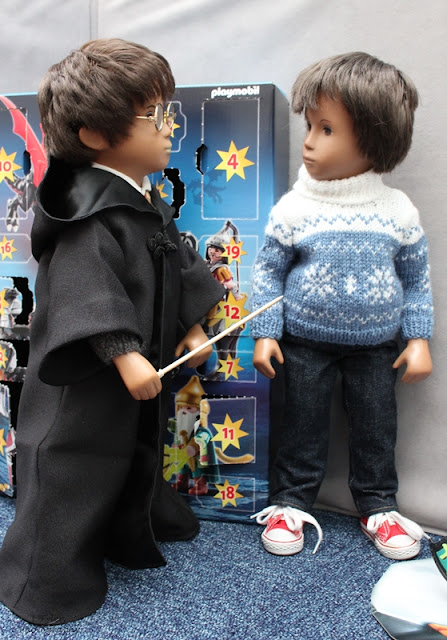 Golly Gosh Pierre, I mean Harry!  How did you do that?  Henry asks. 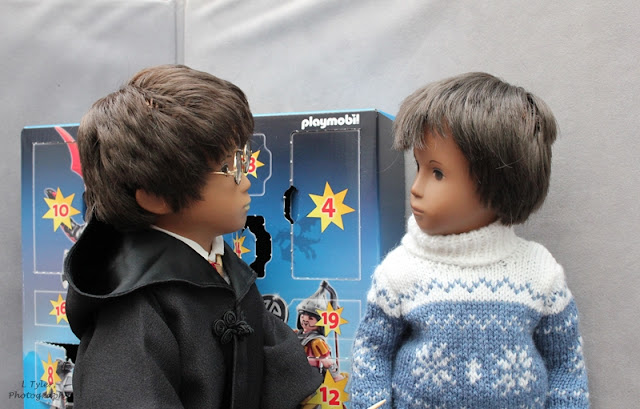 Why it is magic of course!  Pierre Harry replies.