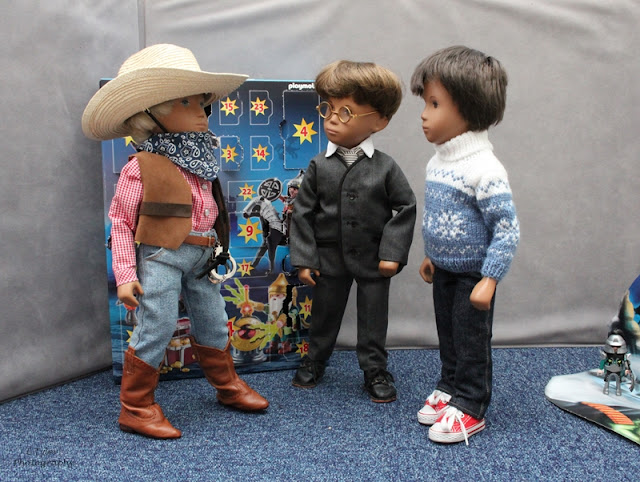 Peter finds Daniel and Henry waiting around for him.

Yeah, you have arrived. Henry says.  It is your turn today to open the Advent calendar.

Howdi there.  Peter says in return. 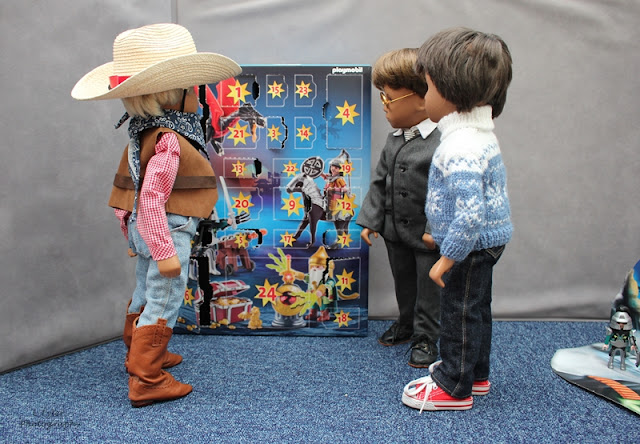 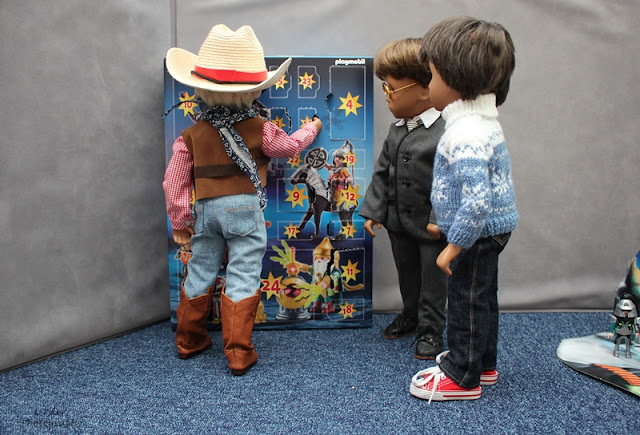 It doesn't take him long to spot the window with the number 14 on it. 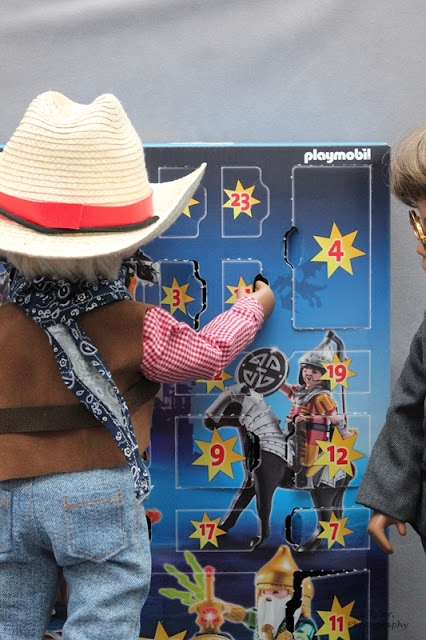 He wastes no time in opening it up. 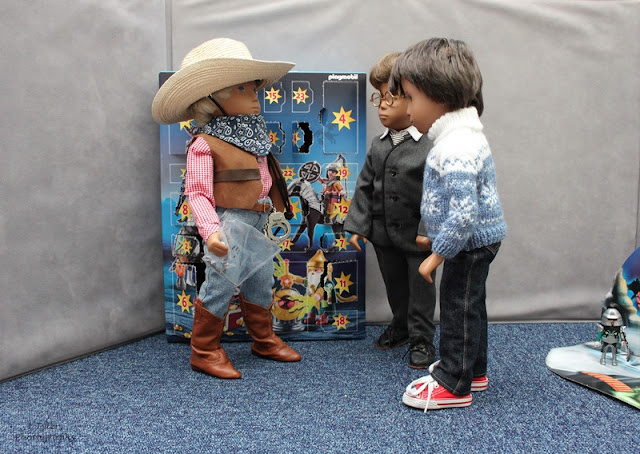 Pulling out the little package 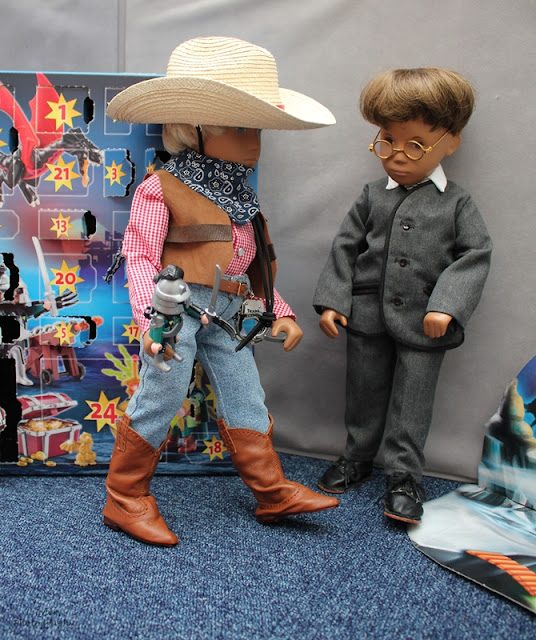 Giving the two swords to the knight 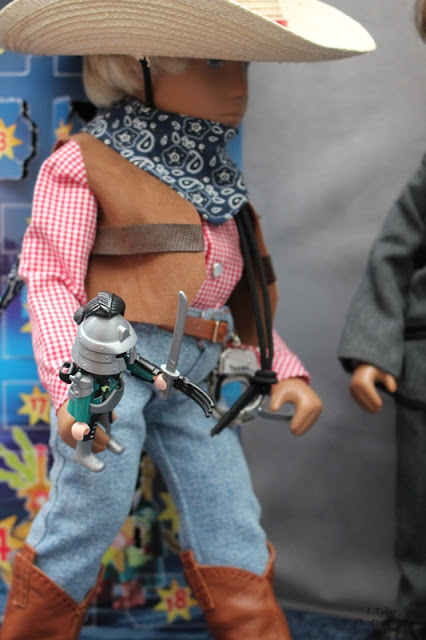 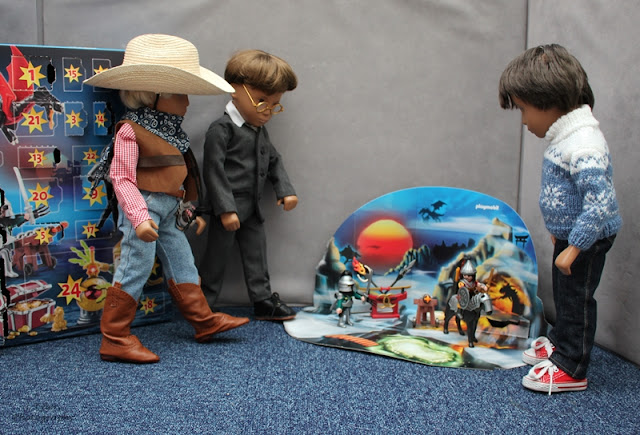 Placing him back onto the scene. 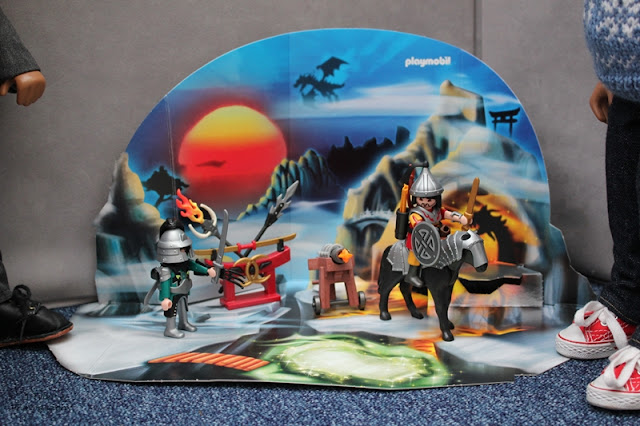 There, he looks well prepared to fight anything now. Peter says to the other boys. 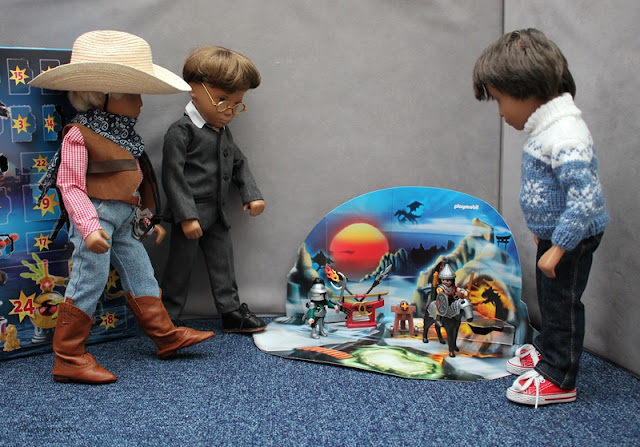 He certainly does.  Daniel and Henry both agree.