Can it get any shorter young lady? Stevie and Weaver spent some time outside today - it was cold, but the sun was shining and they seemed to not feel the cold too much.

Weaver is wearing her new Sashapotamus skirt and has teamed it with various other items of clothing she found when rummaging around in the drawers.

Sadly Stevie's purple skirt didn't arrive with the same order - there was a bit of a hiccup with the payment not being claimed and I didn't realise until after the order had been sent, so it will be here later in January.  As a result I had to make her a skirt that 'looked similar Mum'.  By that she meant short and in corduroy fabric - this was as close as I could get!  Seems the girls think the shorter the better as well!  I'm not sure I will actually let them go out in public 'dressed like that!'.

Seems white stockings were the best she could find...she wasn't especially happy with them and has put in an order for something darker. 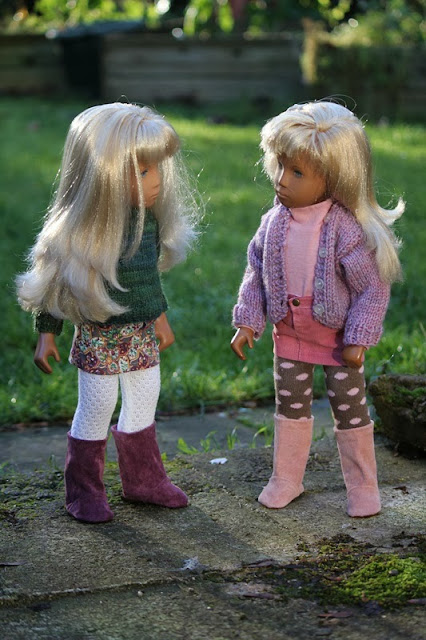 Not sure quite what they are discussing, I took this with my zoom lens as I didn't want to snoop. 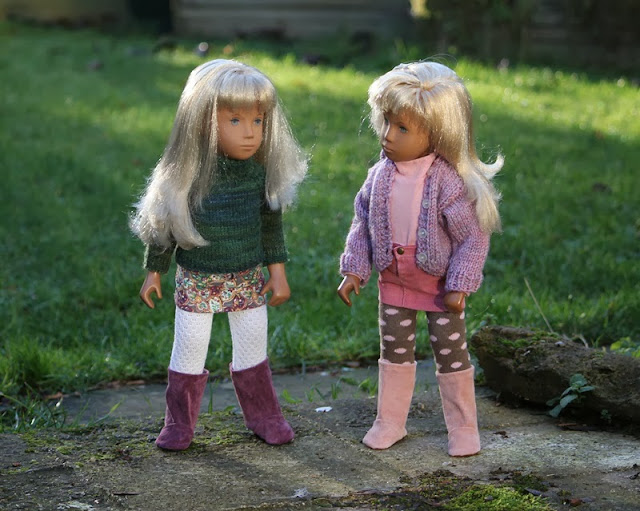 Stevie has borrowed one of the boys sweaters by the looks of it. 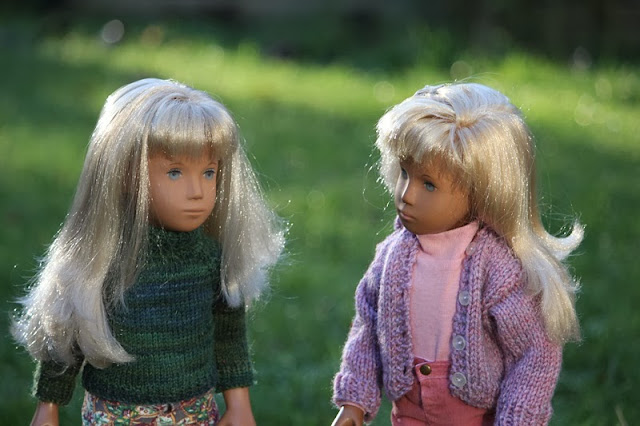 I think she actually looks surprisingly good in it. 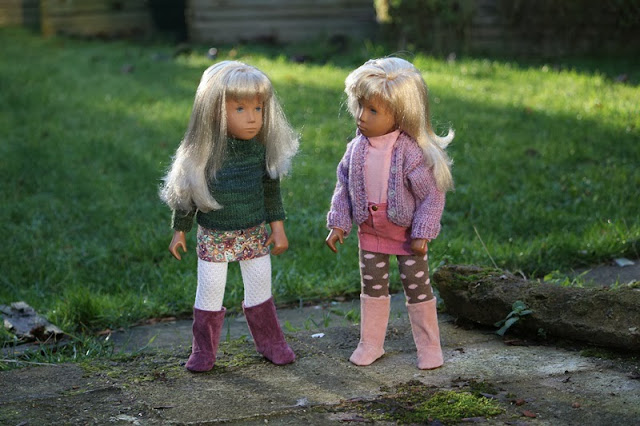 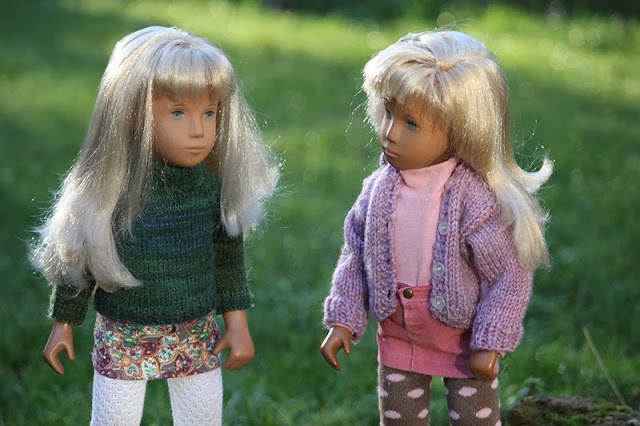