I have been spending the last few days filling pages of A4 paper, with ideas, plans, working on characters and trying to work out a new name for a combined blog which is proving much harder than I thought!  Trying to get something short, catchy and memorable, and also related to what I do and what my blogs are about, is not quite as easy as it sounds!

I was a little surprised that not many girls were really mentioned in relation to this blog post 'Most Memorable Characters'.  Does this mean I focus more on the boys (which I know I do to some extent) or that my girl characters are less memorable? (not including Peggy Sue of course)  There is at least one girl who I was surprised didn't get a mention.  Although only a few people have commented so far, so perhaps not all have seen the post yet.

In the meantime it seems Henry and Peggy Sue also have some ideas of their own!  They are joined by Rory and the new boy Donny, who has been following Henry round like a lost shadow as he is a little unsure of just where he fits in to the family. 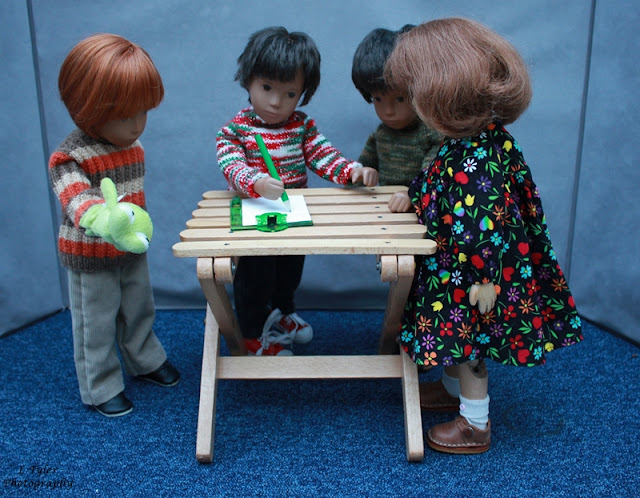 I found my puppet Henry!  Someone had hidden it from me, I feel I haven't seen it for years!  Rory informs Henry, 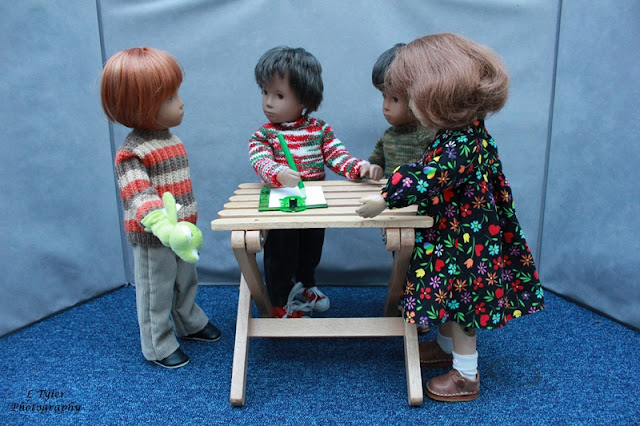 I am sure they didn't Rory.  Henry reassures him.

Yes they did, I bet it was the twins!  Rory replies.  Anyway have you got Puppet Theatre down on your list?

Of course he has.  Peggy Sue says.  Look. 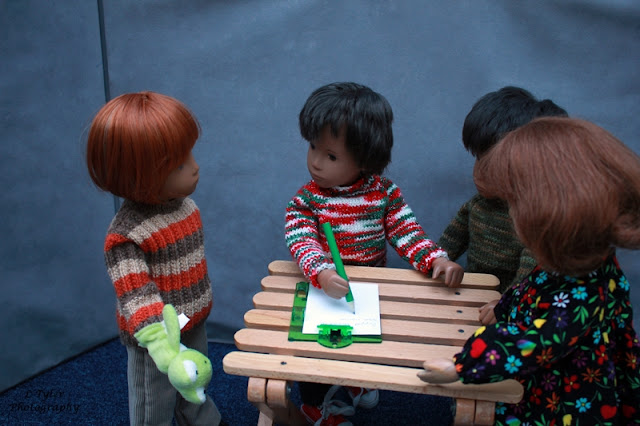 It is right here at the top of the list.  Henry tells Rory. 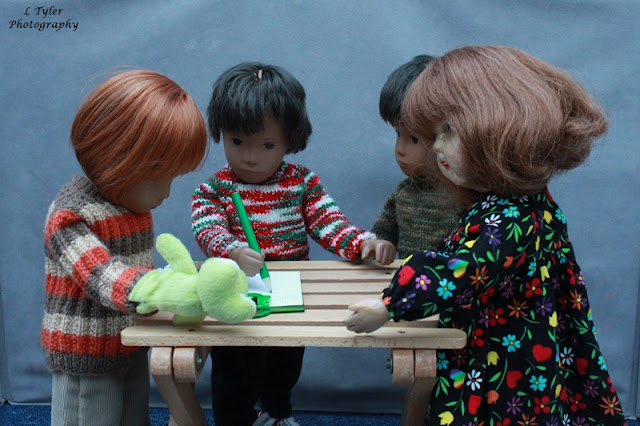 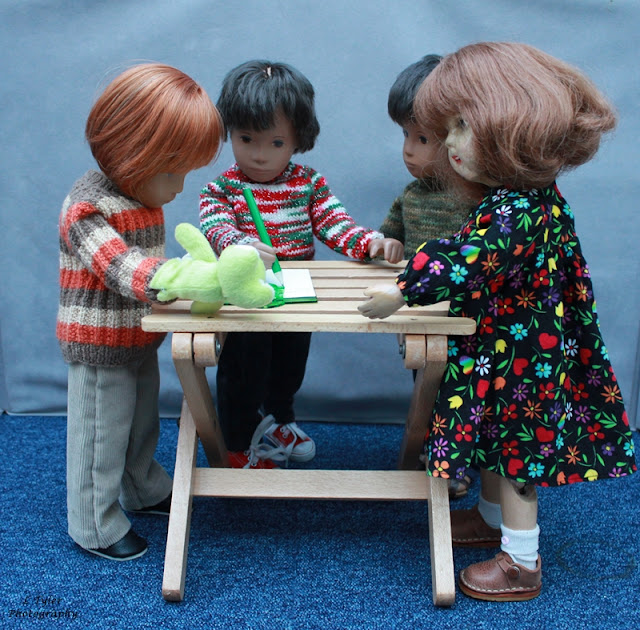 Do you have any other ideas?  Peggy Sue asks. 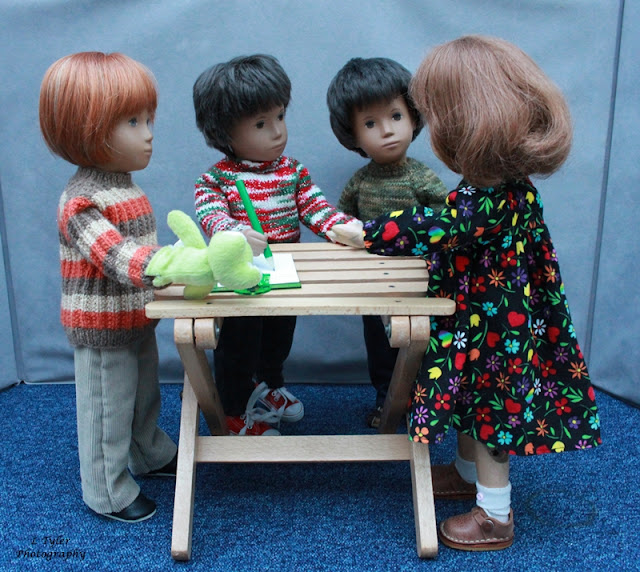 The four discuss other ideas.  The boys naturally are hoping that more work will be done on their Tree House this year... 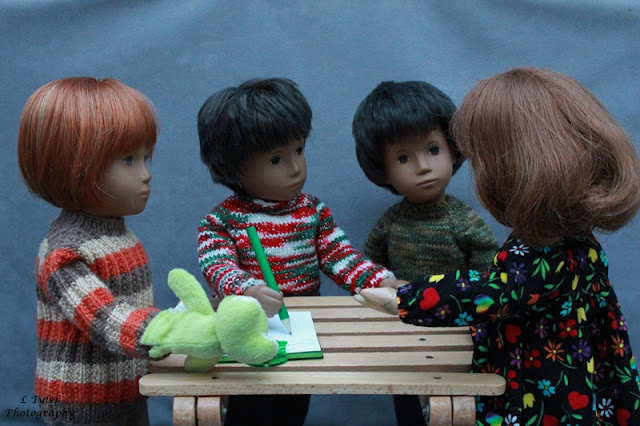 Peggy Sue agrees as she too thinks the tree house is fun.

But you are not allowed to get up to any mischief Peggy Sue.  Henry says remembering the Halloween surprise that Peggy Sue and Alice were roped into by the girls last year. 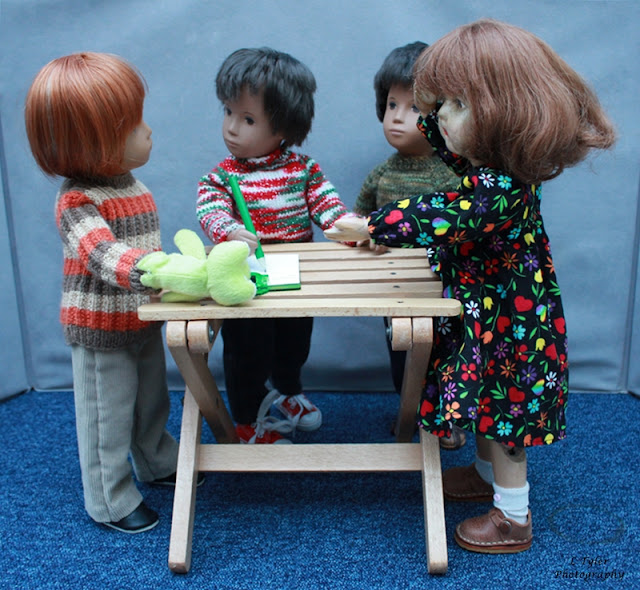 What about a puppet theatre Henry?  Rory asks. 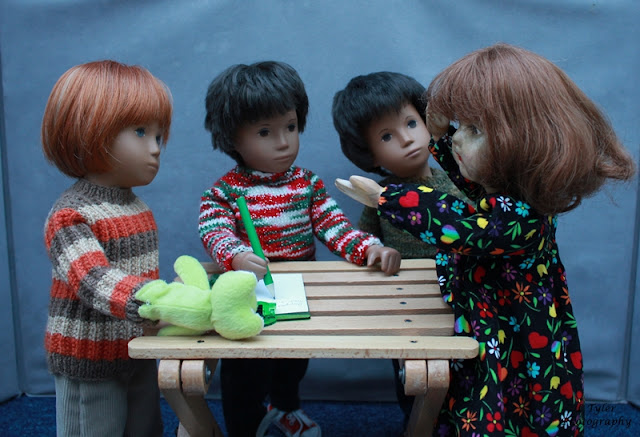 Peggy Sue puts her hand to her head and says in exasperation, We already have that on the list Rory! 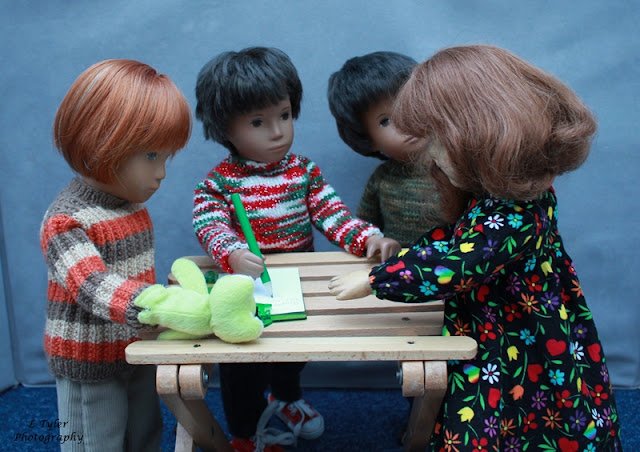 See, right there, top of the list... and she points to it. 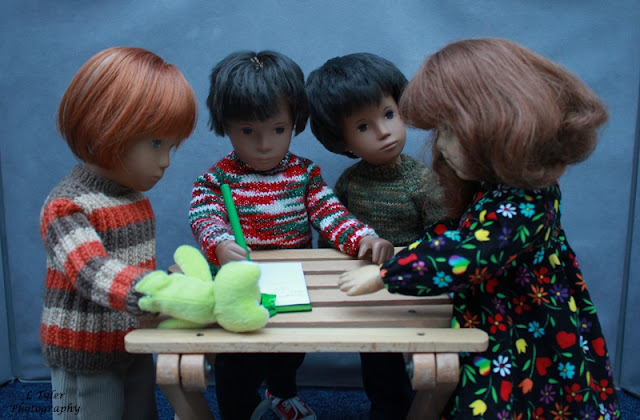 Oh yeah... I just wanted to make sure.  Rory says in a small voice. 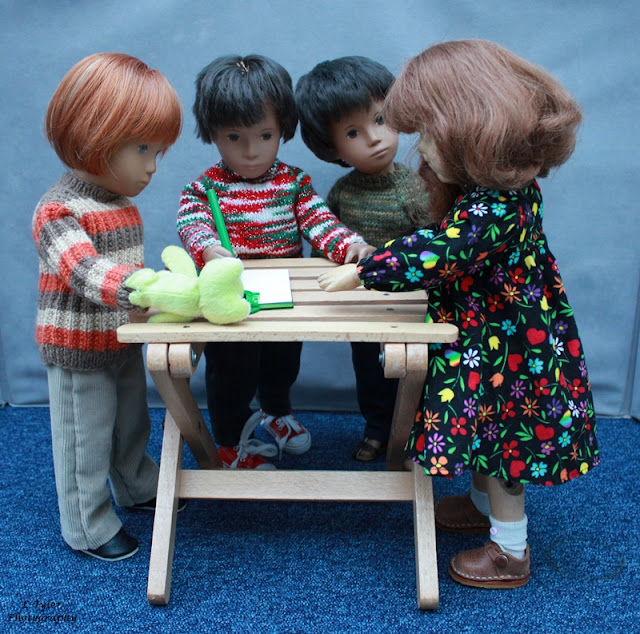 He has never met anyone quite like her before!