As most know now poor Henry has been suffering from the dreaded hair loss syndrome...and we have been getting most depressed about it.  He has rather a large bald patch at the back and another on the side of his head.  In the last month we have bought three brand new wigs and they have really not looked right at all...  We have been unable to find a hair colour to 'match' his remaining hair to do a partial re-root, and Henry thinks this sounds far too painful despite Aunty Marti's recommendation to take some aspirin.  So apart from 'putting up with' bald patches and wearing hats, we were almost ready to give up when a friend suggested he try a (whisper) girl's wig that she would send him...and then it could be cut and styled.  I thought it worth a try.  I didn't tell Henry as I didn't want to get his hopes up...but he got to the post before me! 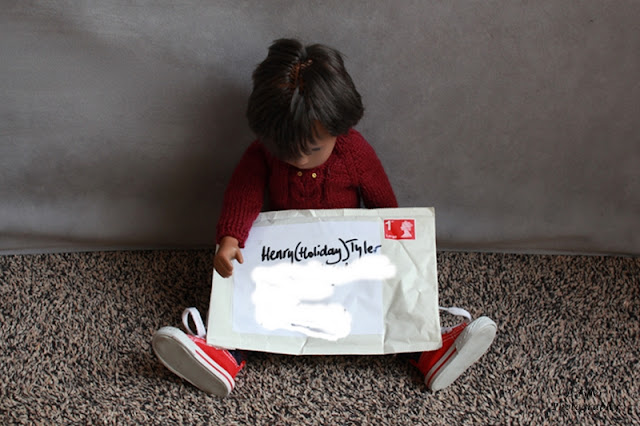 Henry was puzzled to find something addressed to him as he wasn't expecting anything.  He wonders what is inside. 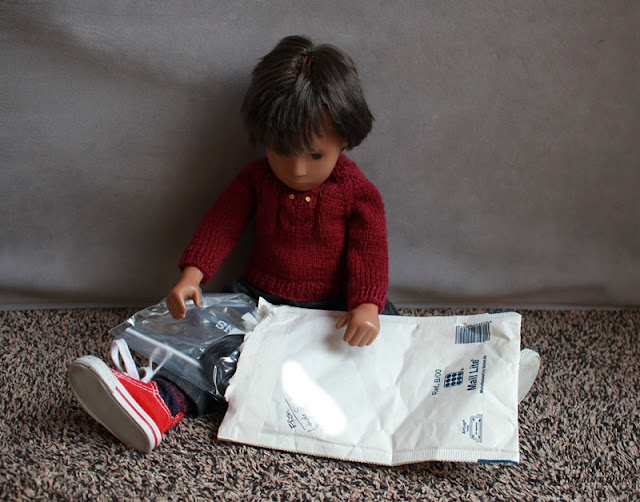 Oh, what is this? 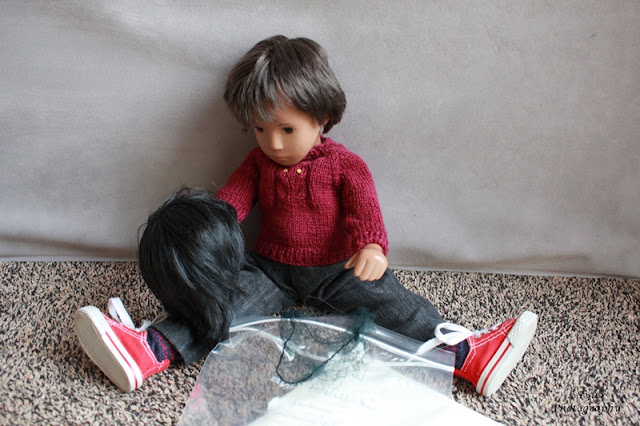 He tries it on. 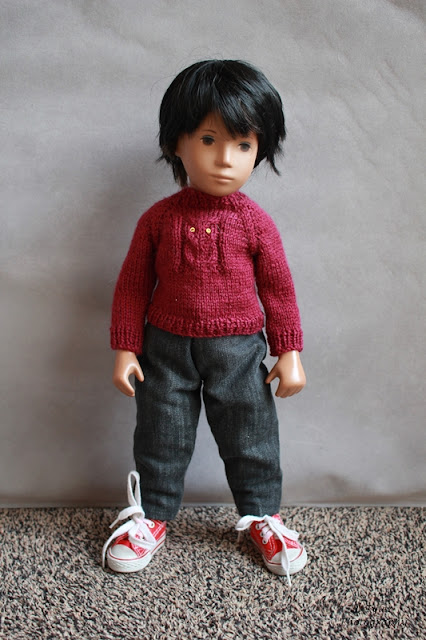 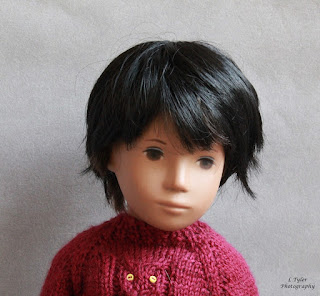 A little bit dark but the style is better than the others he has tried. 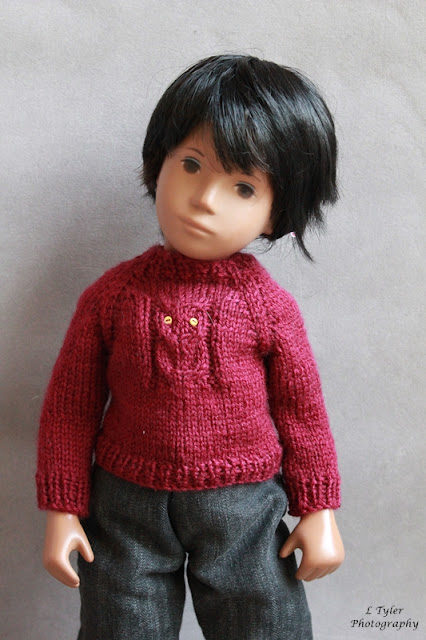