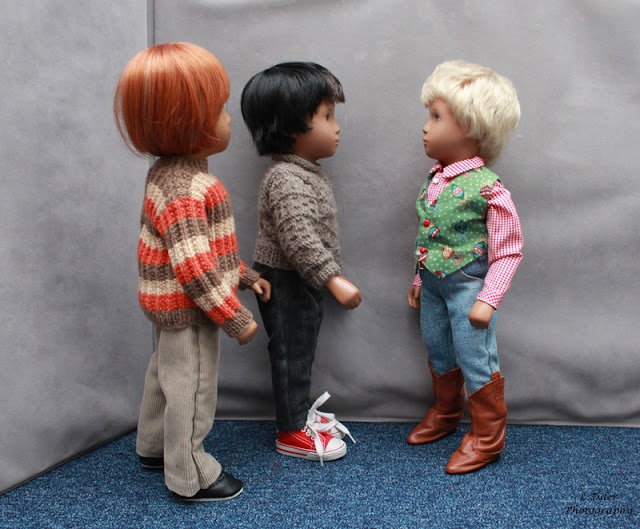 Peter partially changed out of his cowboy outfit to get into the spirit of Christmas and met up with Henry and Rory.

Henry tells him all about their Advent Calendar and asks him if he wanted to open today's window.

Of course!  Was the reply. 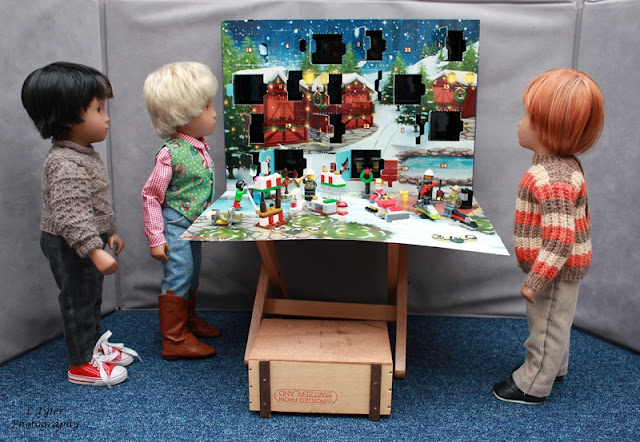 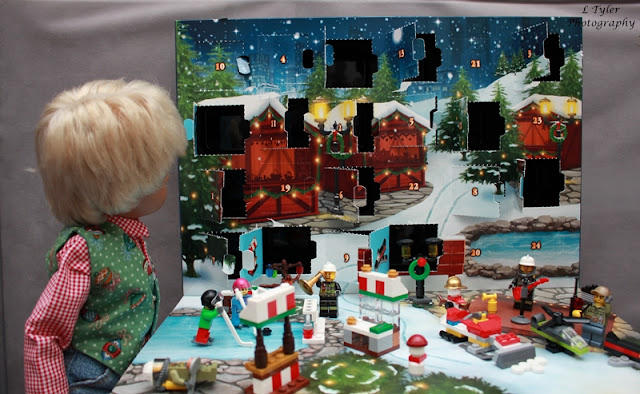 I think I have found it.  He tells them. 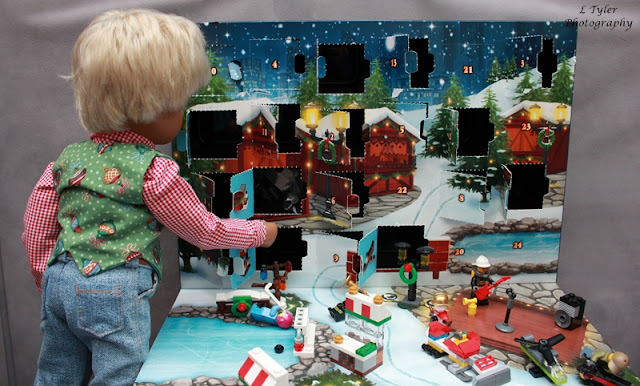 Yes, indeed I have.  He climbs on the box, reaches over and opens the window. 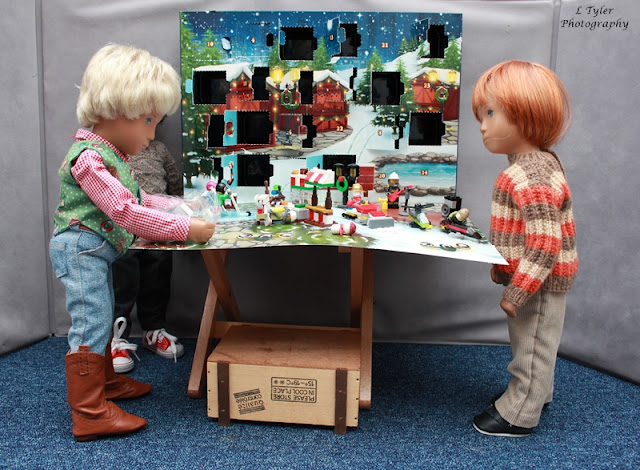 Hmm, what have we here?

Rory watches on with curiosity 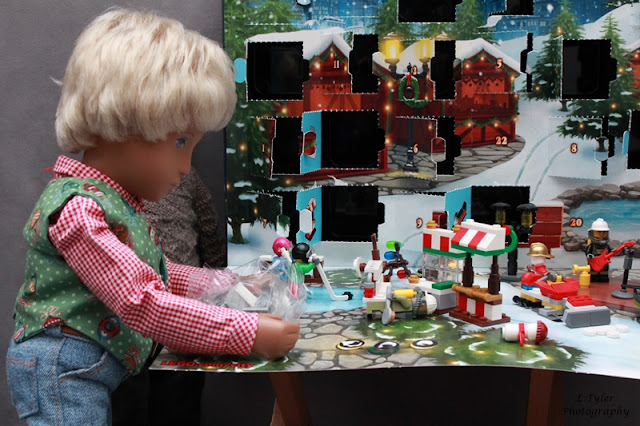 Peter keeps the suspense going a little longer before he opens the packet. 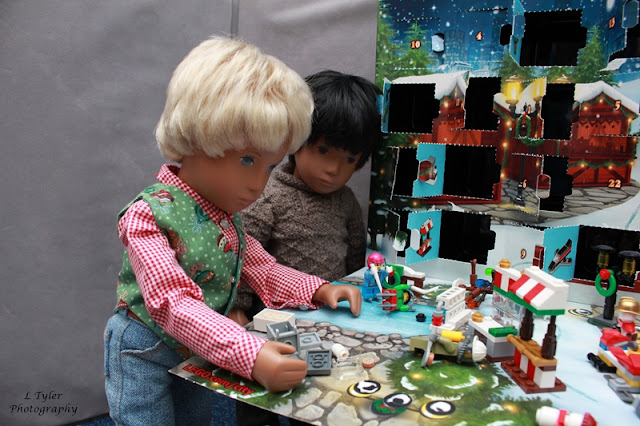 With the bits in front of him, it doesn't take him long. 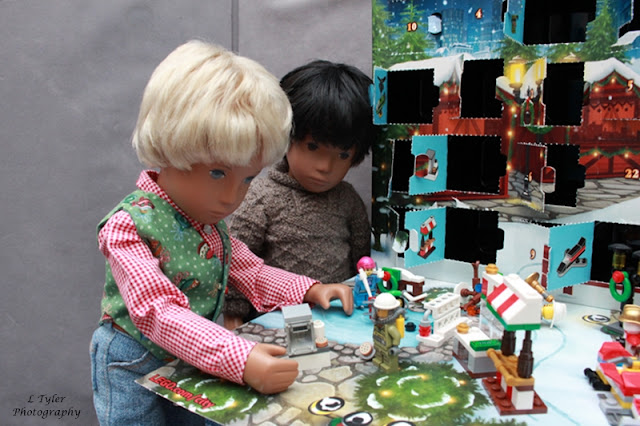 Look!  He says.  Henry looks over his shoulder. 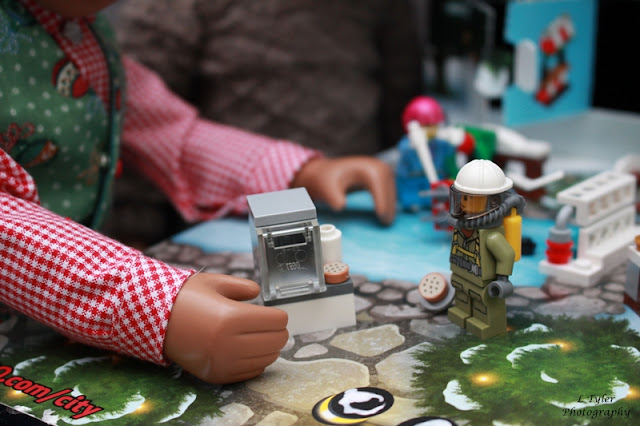 It is a little oven. 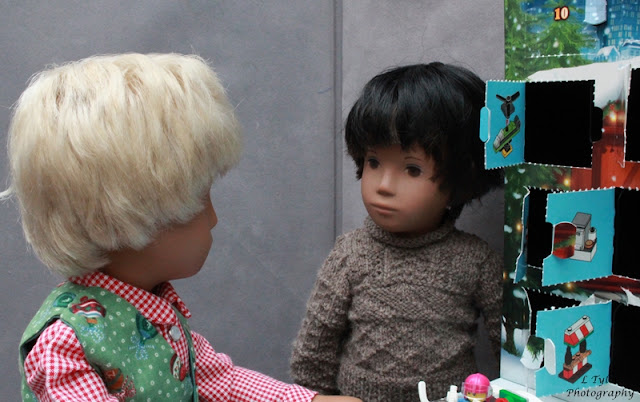 I think that is what is supposed to go with yesterday's figure.  Henry tells Peter and explains about the grumpy looking fellow that Rory made yesterday. 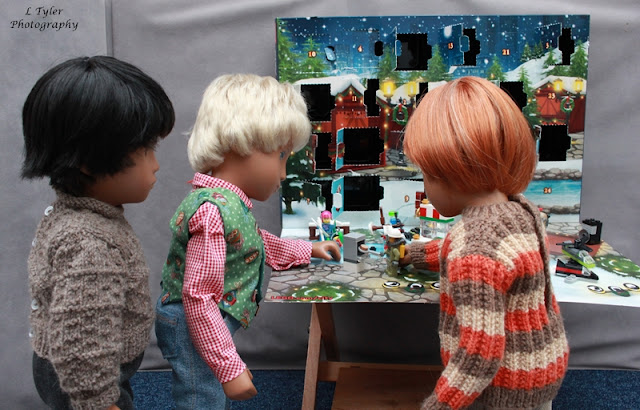 Rory brings over the little man. 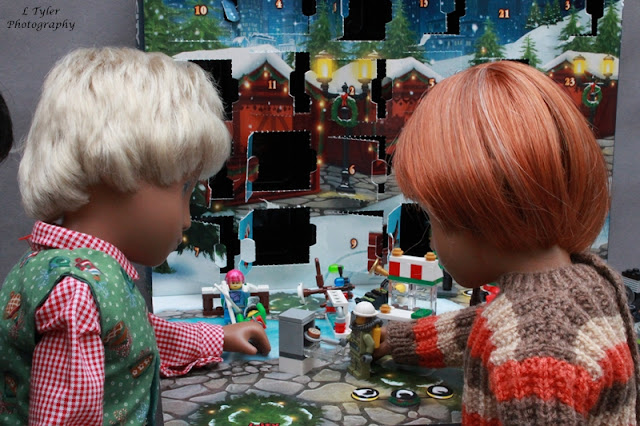 Yes, look he can put these in the oven to cook! Rory says. 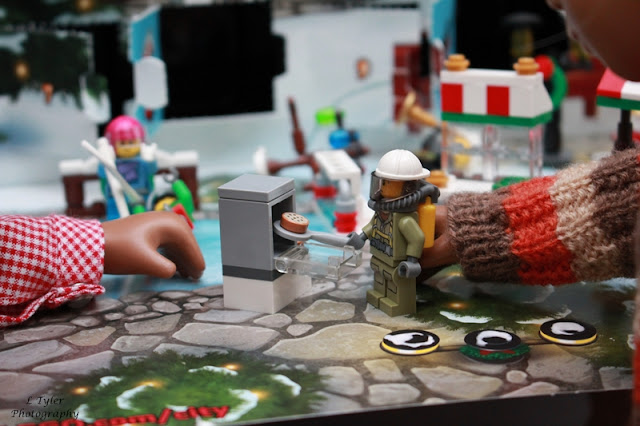 So that is one puzzled solved.

Although the boys are are enjoying making up these Lego pieces, there seems to be such an odd bunch of characters and items in this calendar.  The theme is rather odd, and not quite what we expected.  Still Lego is Lego and I am quite sure it will get a lot of use throughout the year and not just at Christmas.