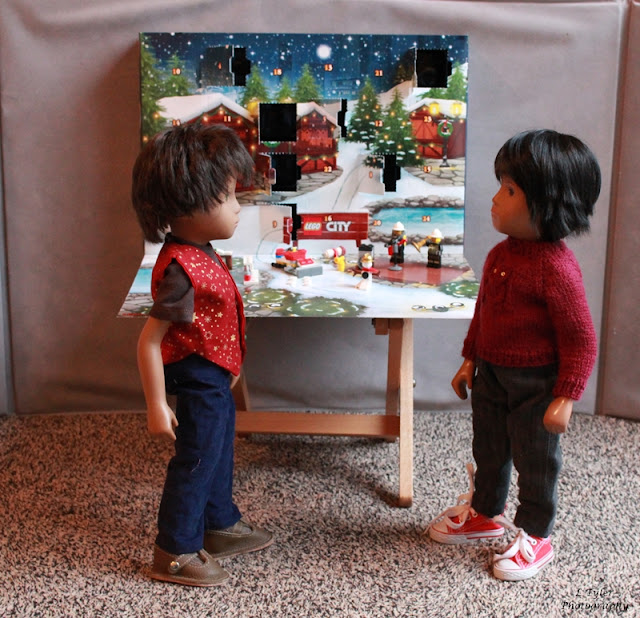 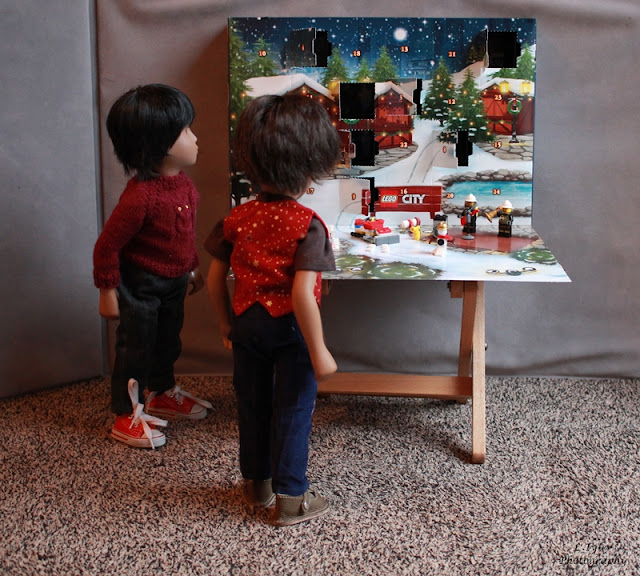 So where is ten I wonder?  Christopher William says looking. 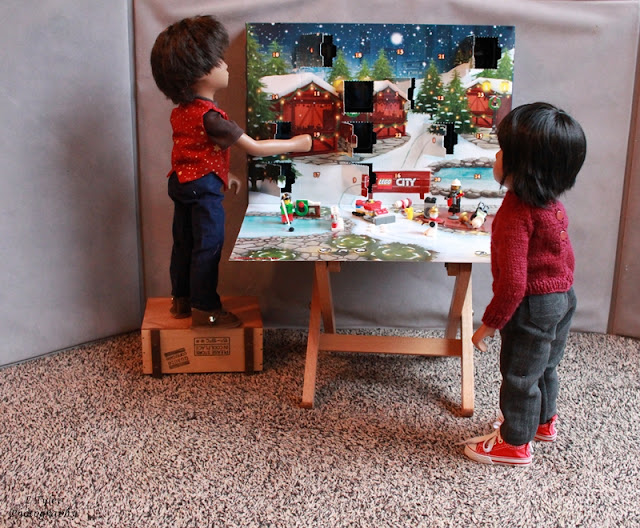 Here it is!  Christopher William says while standing on the box. 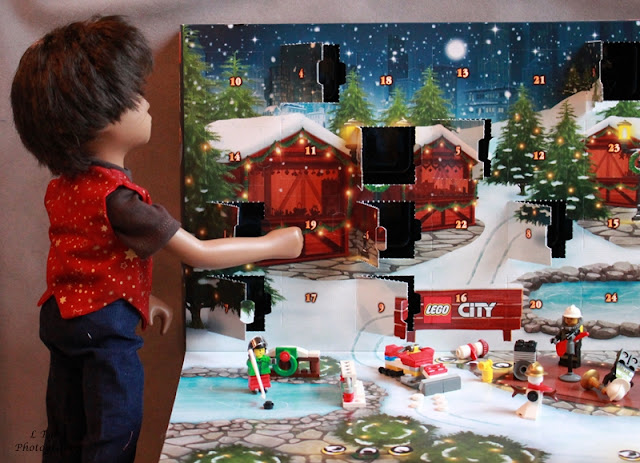 Hope I can reach it. 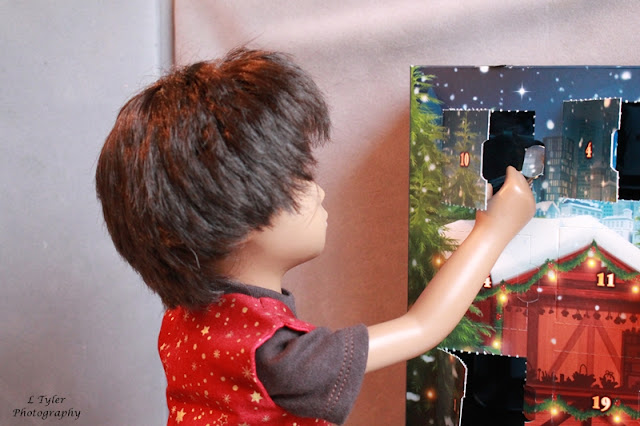 Yes!  I can just reach it. Christopher William says as he opens the window. 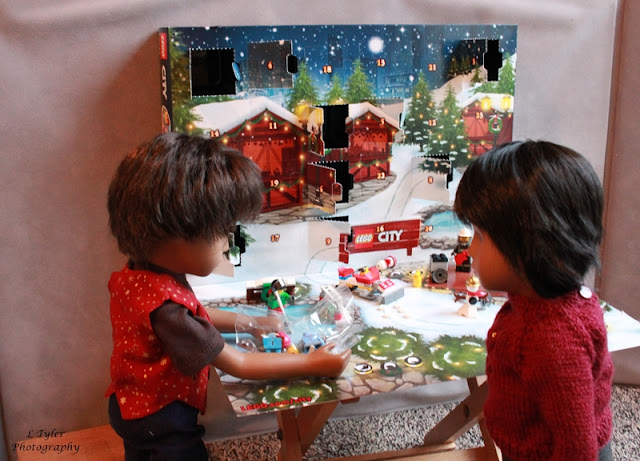 Oh, looks like I have a little Lego figure to make up. 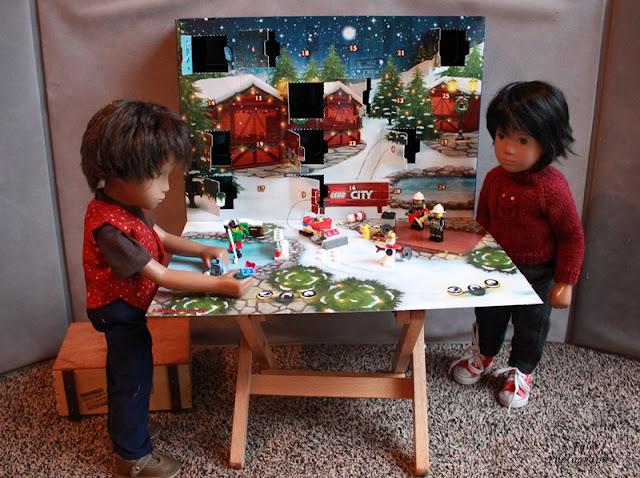 Henry watches while Christopher William puts the pieces together. 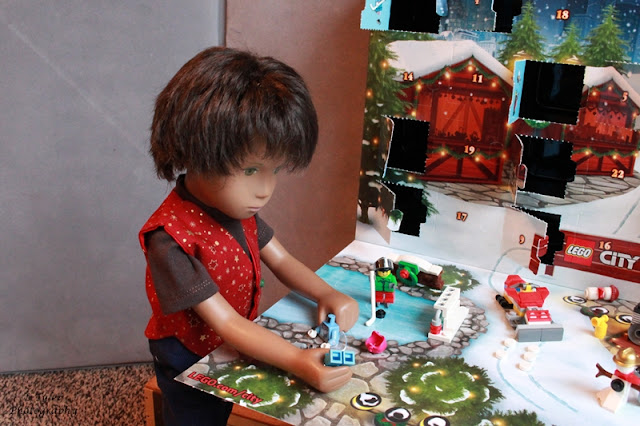 I think this is how he goes. 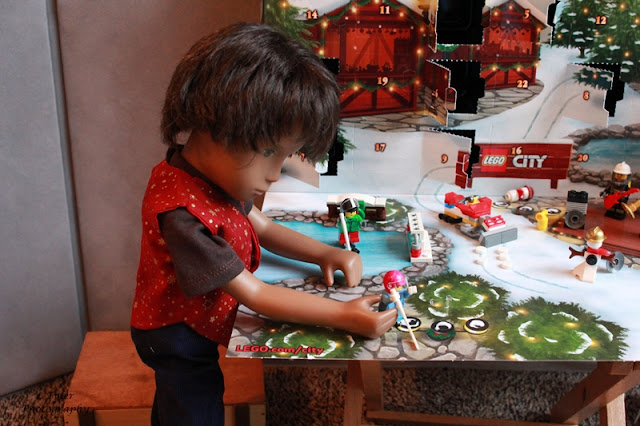 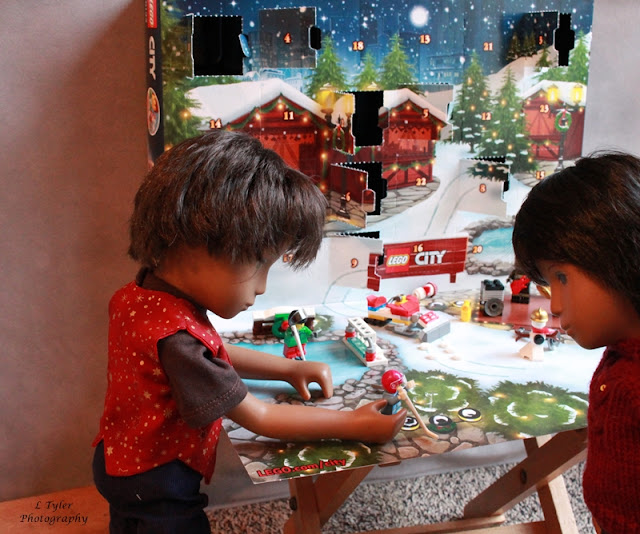 Henry comes over for a closer look. 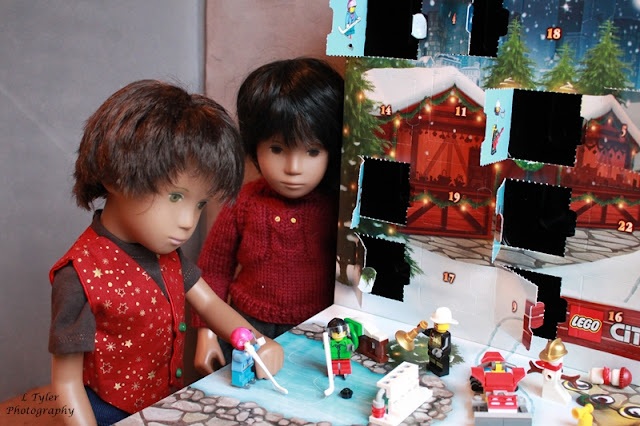 That is pretty cool he says.  Oh and I worked out what the thing was yesterday. 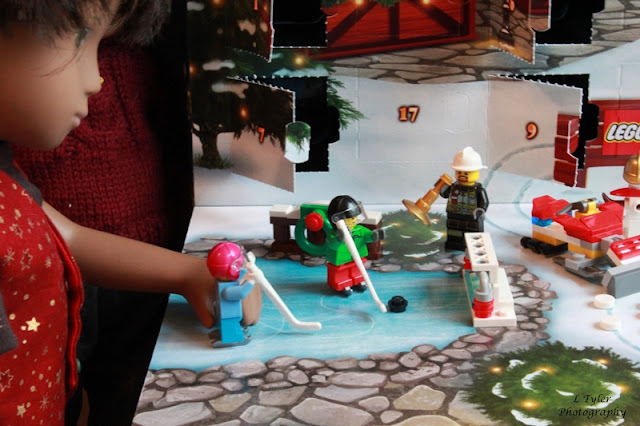 It is the goal - although I am not sure if that is the proper name for it?