While in New Zealand I had quite a lot of opportunities for knitting and was rather glad I had taken a load of patterns to try and some wool with me, although of course I did purchase some lovely New Zealand wools while out there.  As it was the worst summer they have had for a long time it rained rather a lot so there were some days there wasn't much else to do but knit and read, oh such a hardship!  I also knitted in the evenings while Mum, Dad & I watched television, not something I usually do not having a TV, so needed something to do to keep my hands busy.  I made several little cardigans and jumpers/sweaters, of which I have taken photos of three so far.
First up is a lovely pattern by the talented Deb of Debonair Designs and her patterns can be found on Ravelry.  This one is called Archipelago and is modelled by American Girl Kirsten. 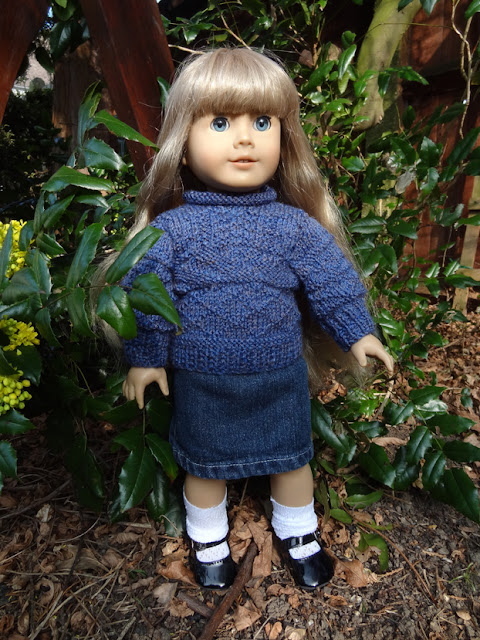 I made her matching denim skirt from a cut off of my DS2's jeans. 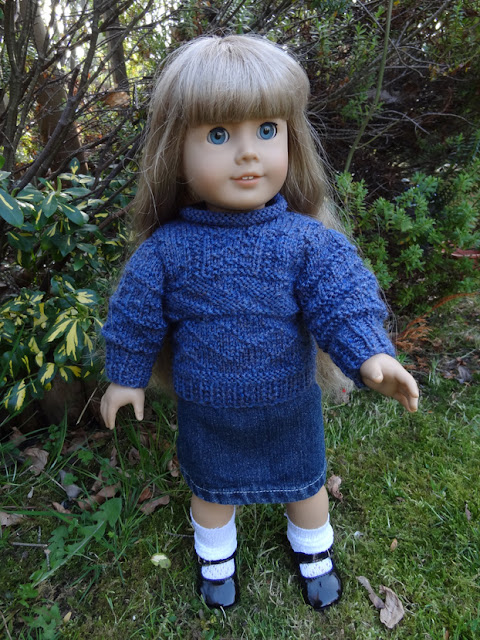 I love this combination and think it looks great on her. 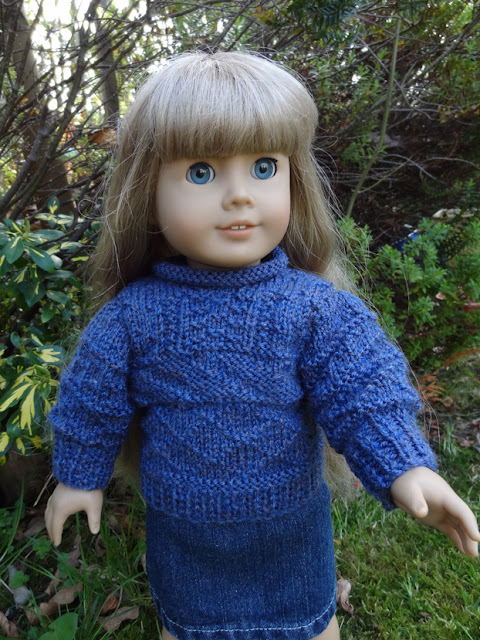 Next up is a lovely cabled cardigan being modelled by Ellery, a gorgeous repainted  blonde Trendon from the late 70s early 80s.  She was repainted by Shelly and was a rather naughty self bought birthday gift for me. 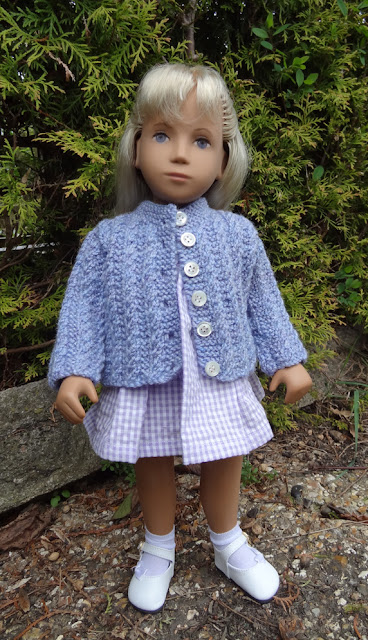 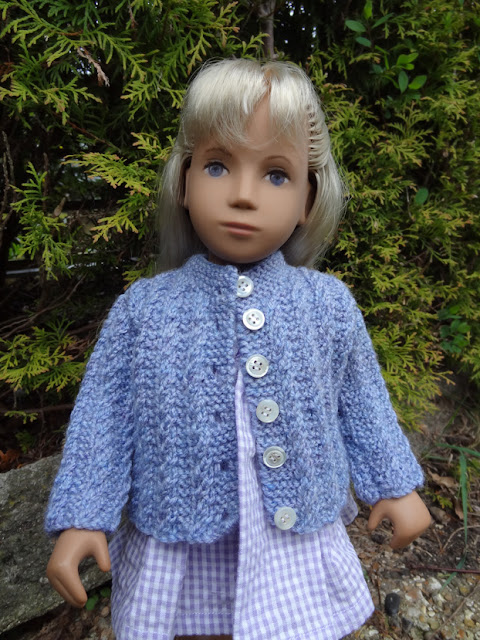 I think Shelly has really worked her magic with this Sasha.
Next up is another lovely design by Debonair Designs called Sakura and it is modelled by my Catz 'n' Kidz doll Camille 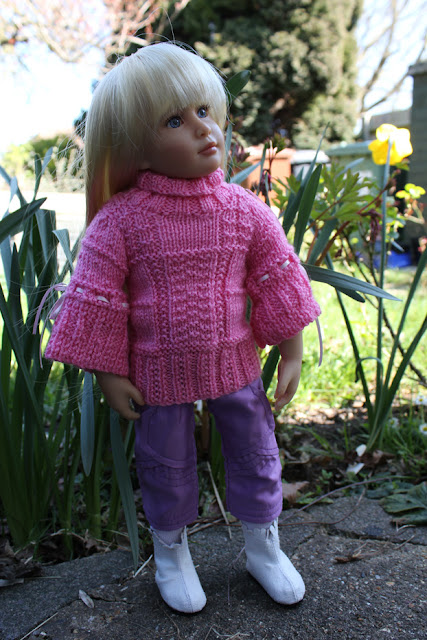 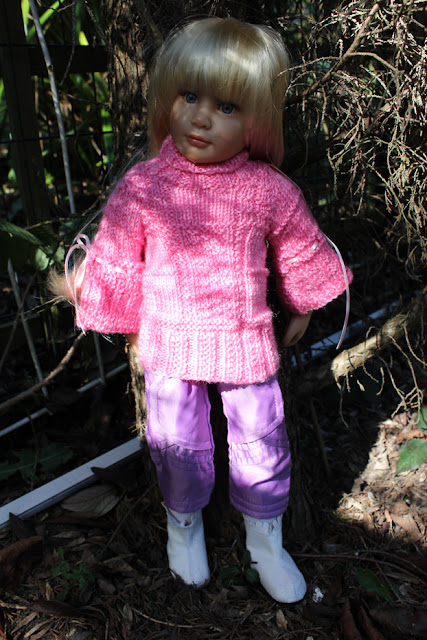 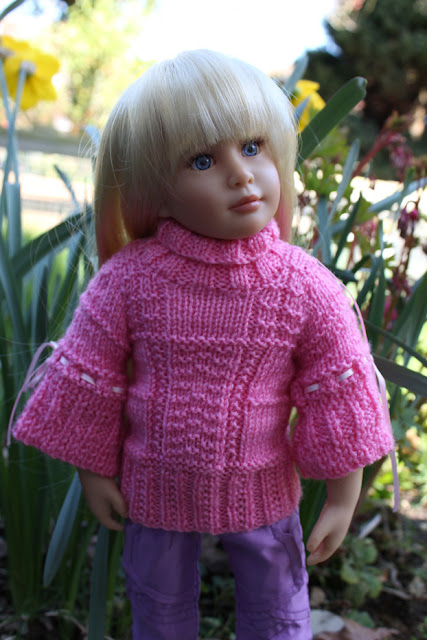 I now need to make her some more clothes as she only has the trousers she came wearing.
Posted by Serenata at 10:31