The big surprise for the boys this Christmas was a bike.

Henry had asked for one earlier in the year after getting to ride one when he went to visit both Kendal and Sarah P.  I don't think he really believed he would get one and as such he was very surprised indeed and can't wait to have a ride on it. 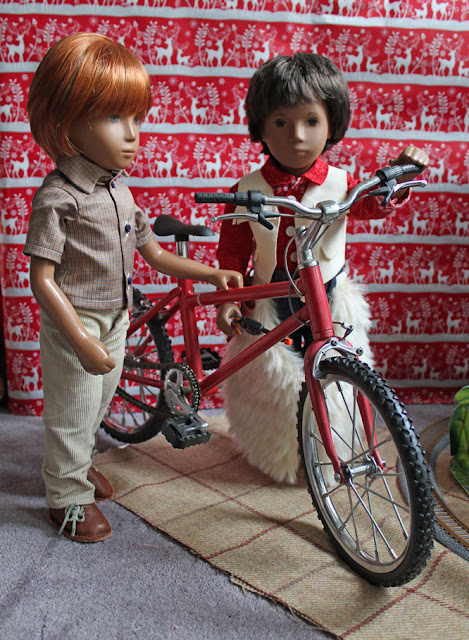 I think the bike seat my have to be lowered slightly for them, but I can see the boys having a lot of fun with this bike, as long as they don't squabble over it and take turns. 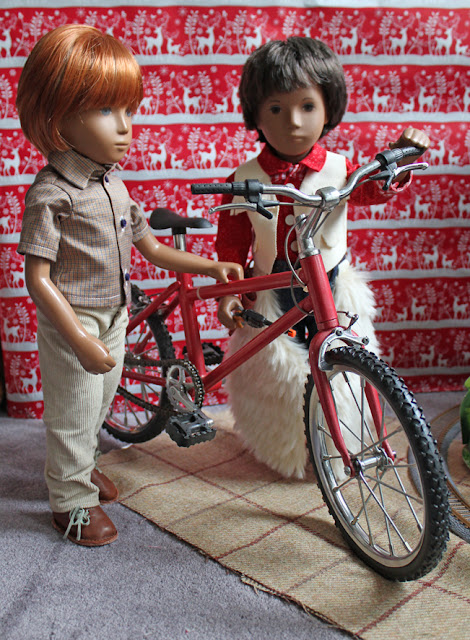 Henry, of course like it especially with it being red, as red is one of his favourite colours! 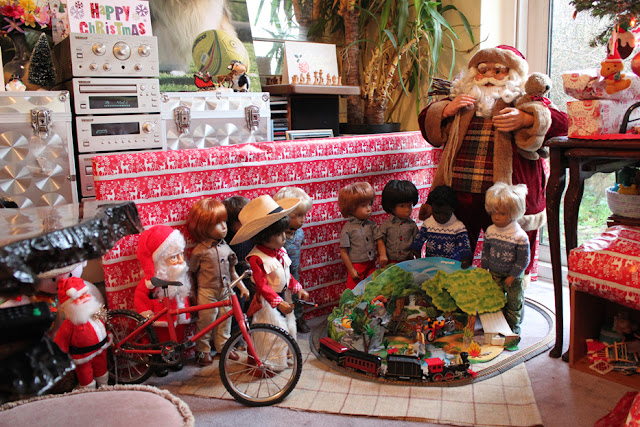 Christmas day saw the boys having lots of fun.  My husband got a desk train set...which he set up on the floor around the Dinosaur Advent Calendar scene and Father Christmas...I think he better be careful though or the boys might lay claim to it! 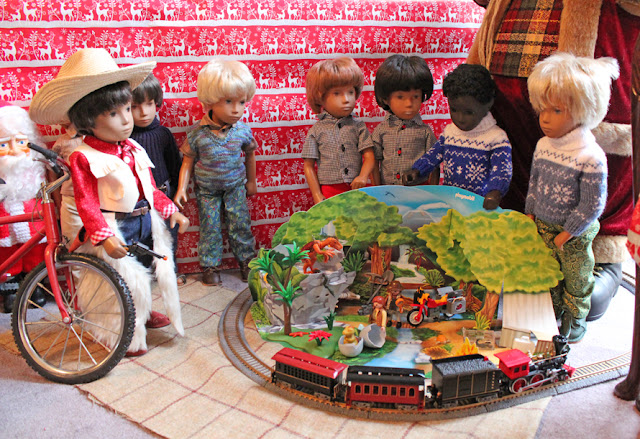 Dinosaurs, trains, bikes and cowboy outfits...what more could they want?