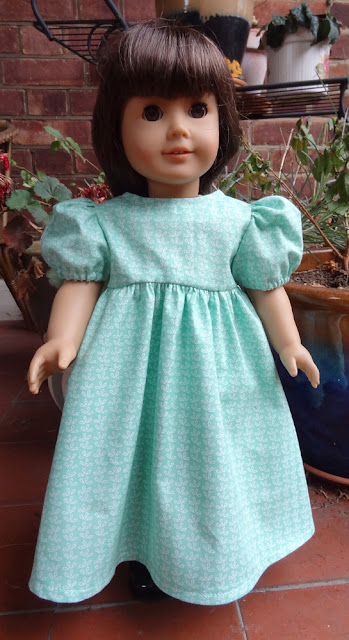 I don't have any Sasha photos at the moment the last few days have been occupied with quilting mainly, photos of which can be found here.  On Thursday I did cut out another dress for my American Girl Doll and yesterday I managed to get it sewn up. 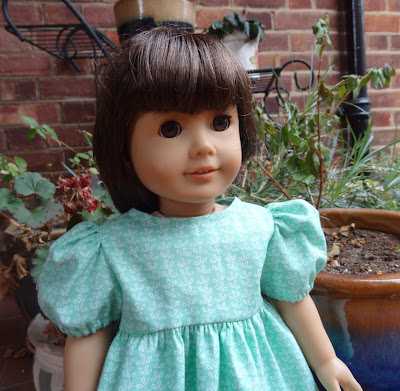 I have had a request from one of my blog friends in Australia to show some of my Crissy dolls as I still have some from when I was collecting them along with Tressy.  Hoping for a good day tomorrow so I can take some photographs of them.
I also have a couple more Secret Santa Swap gift photos to share...I am just waiting on another so I can get a blog post written.
I have joined a second ravelry group, having joined the Sasha group a little while ago, I have also joined an American Girl group and I'm joining in with a KAL (knit a long) which is fun, so will have to take some progress photos.  I didn't realise how many different things were out there to join in with.  Keeps me distracted which is good in some ways, although it also distracts me from some things that really NEED to be done...such as housework...
Well that is about it for now, my whole right side from my ear down to my ribs feels like it is burning, so have obviously overdone things and need to rest a bit.
Hope you are all having a great weekend.
Posted by Serenata at 17:08