I made three more dresses with New Zealand fabric today and thought I would do a line up of my blondes (short hair Susan not included - as she said she would only wear short Retro style dresses!) 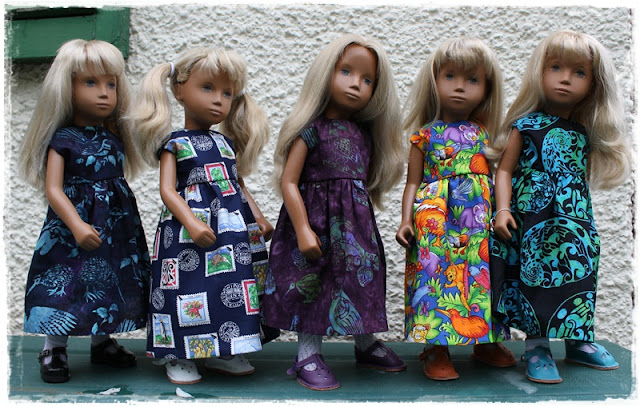 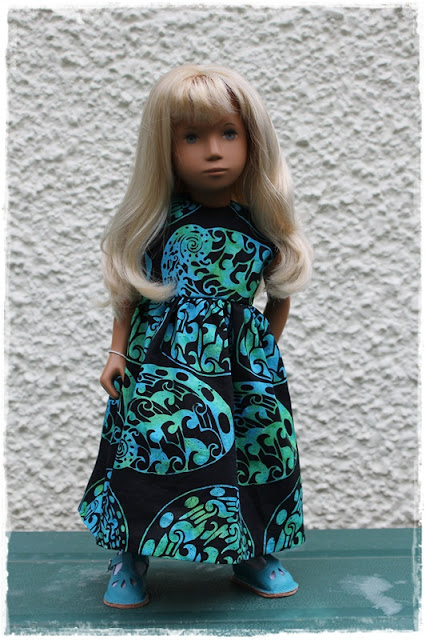 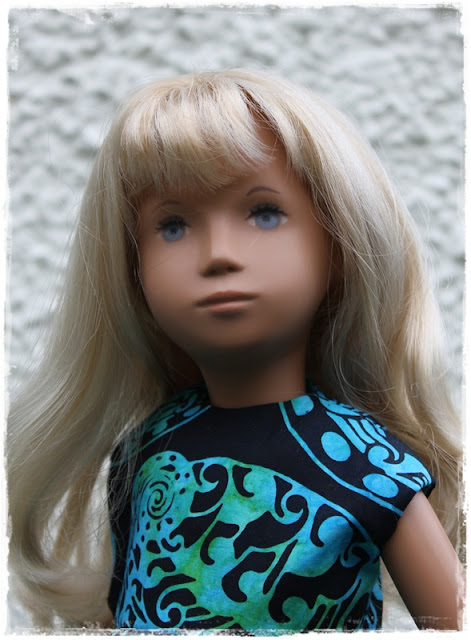 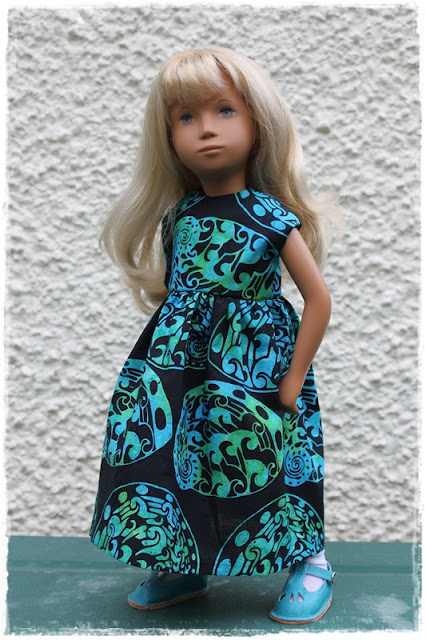 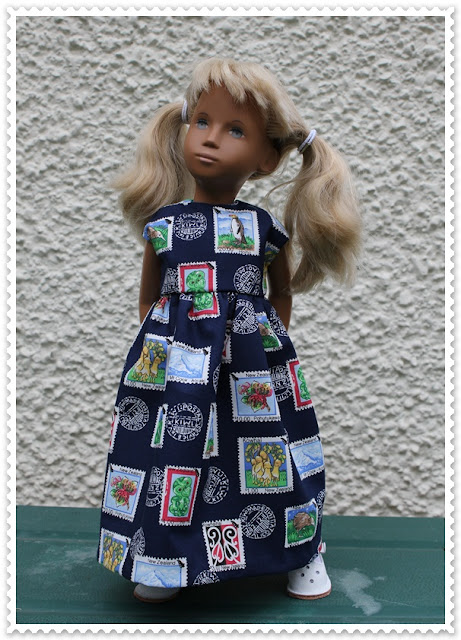 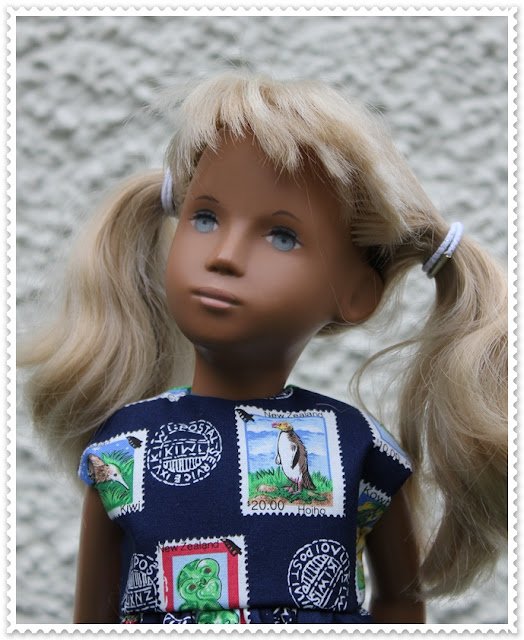 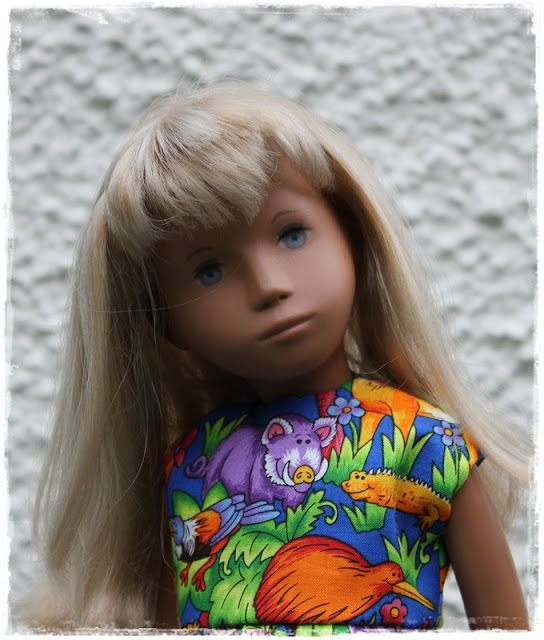 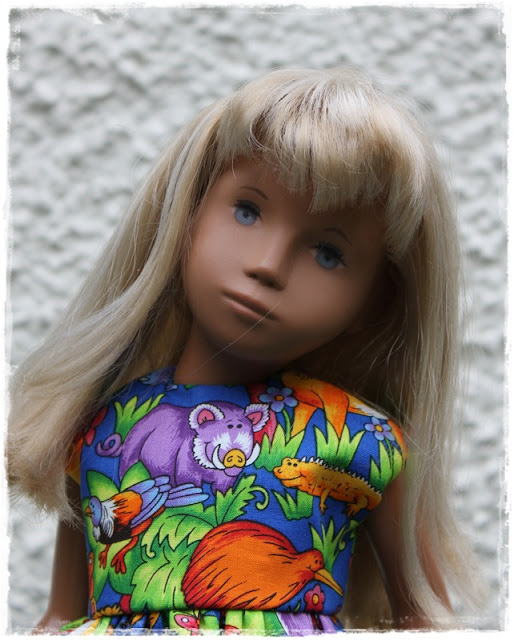