The beginning of our holiday didn't start all blue sky and sunshine...instead it was rather grey and murky and we were rather concerned that was going to be the theme of the holiday, especially given that the last couple of holidays we have had in the UK have been exactly that.  However, despite the gloomy start we were determined to make the most of it and on the 2nd September we went into Padstow. 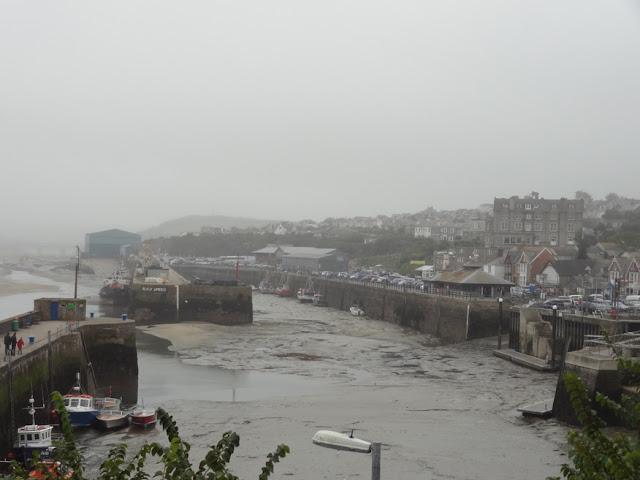 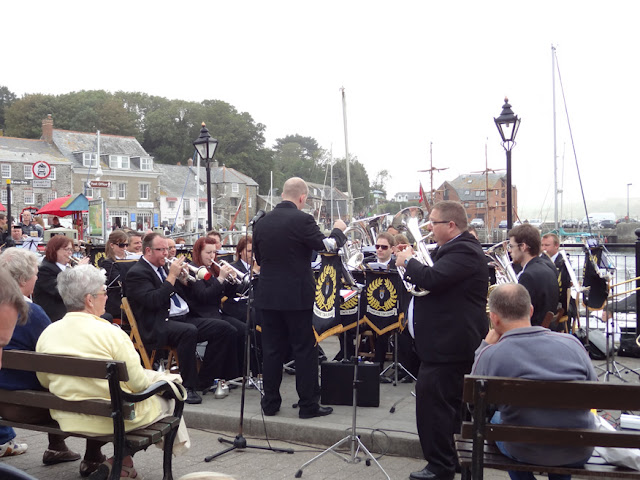 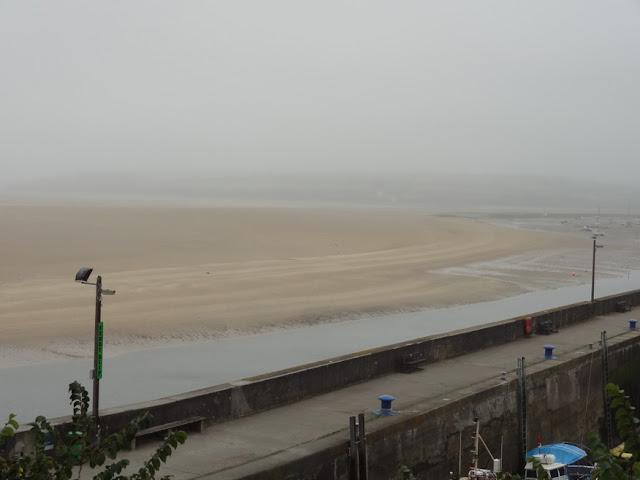 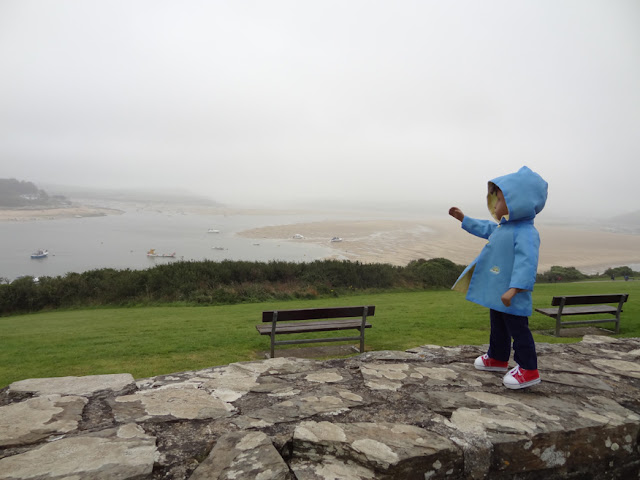 Look over there, you can hardly see the other side. 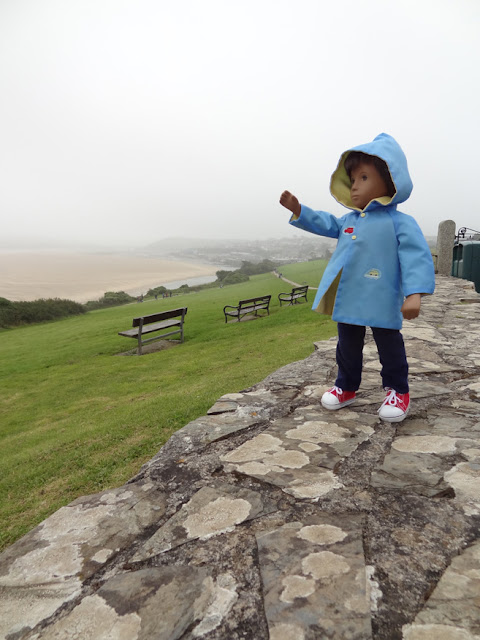 Henry is pleased he had his raincoat with him. 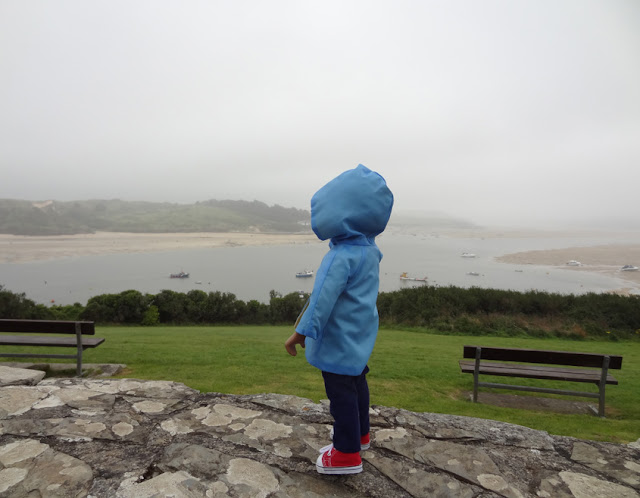 However, he has spotted the beach and is determined to go and play on the sand. 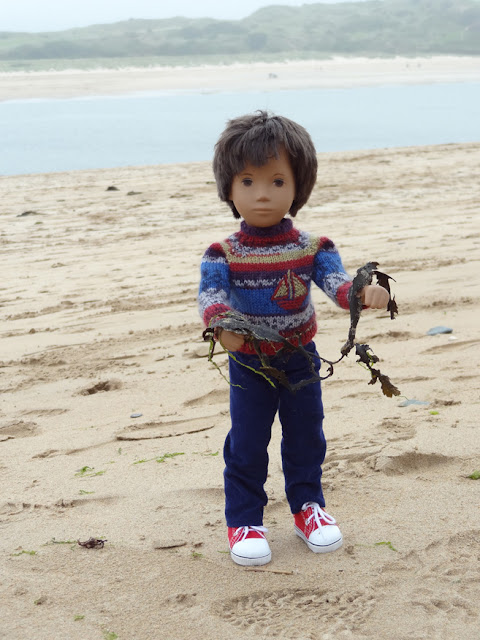 Fortunately for Henry by the time we got to the beach the weather had cleared up enough for him to take his coat off and go in search of the customary seaweed...one of the first things he looks for on a beach.  Sure enough he finds some. 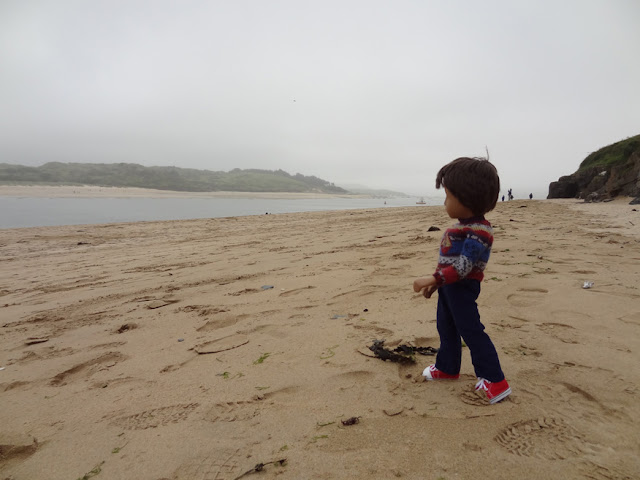 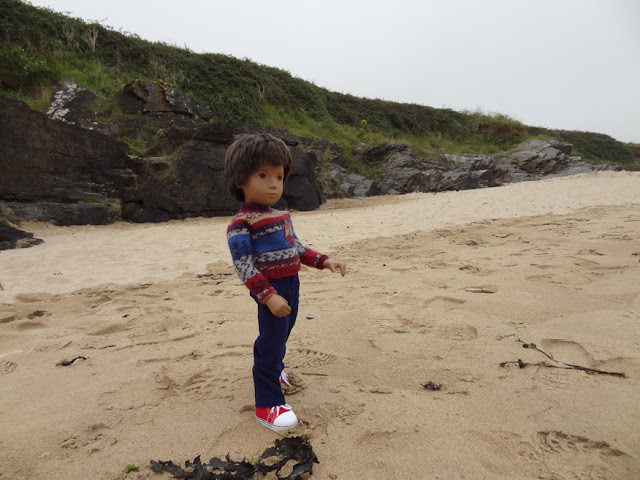 I wish it was warmer so I could go for a  swim...  Never mind I'll go and climb some rocks instead! 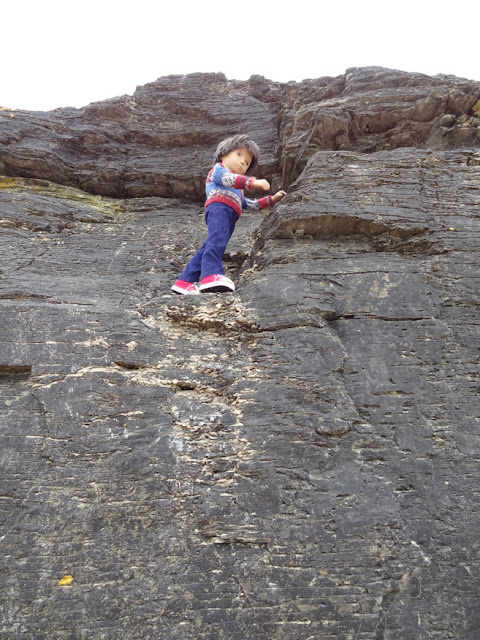 Goodness me Henry, you are a long way up, do be careful up there! 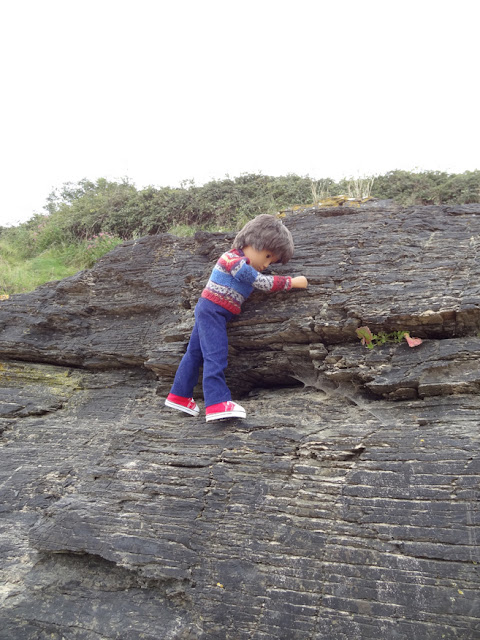 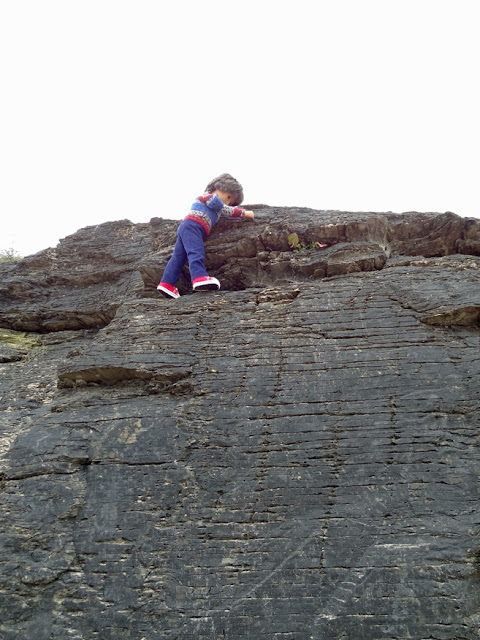 Hmmm...how to get down now that I am up here! 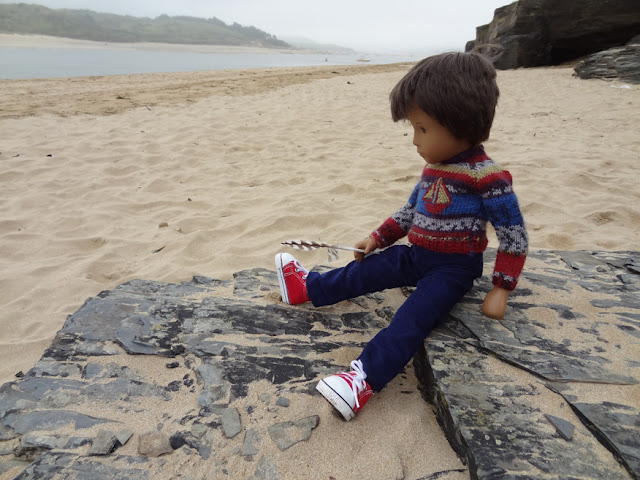 Phew!  This is better back on land...Look what I've found.  A feather!

Henry continues playing for a while before we walk back along the beach heading for home.