A Day in Southampton

On Friday Emily and Henry got to spend some time going round the medieval wall in Southampton and learning all about its history. 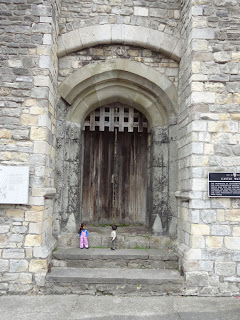 They found it rather imposing! 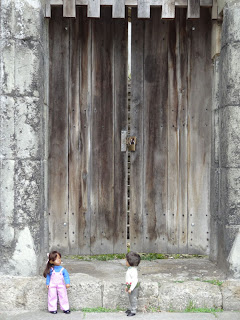 And were rather dwarfed by its sheer size. 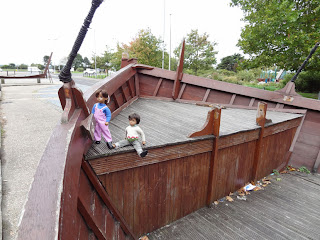 They did enjoy going on the boats that were near the wall. 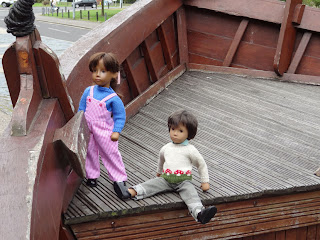 After toppling over several times, Henry decided it was safer sitting down...he seemed to have lost his sea legs. 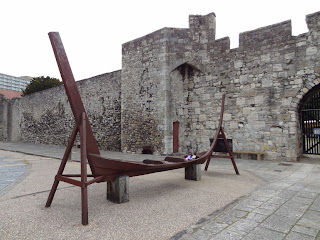 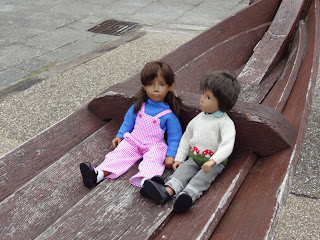 Unlike the time he went into London, this time the playground was free of children and he and Emily got to have a good play on the equipment. 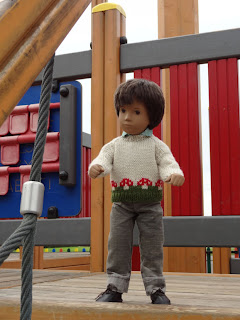 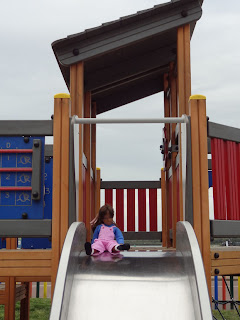 Typical boy, Henry couldn't wait for me to take a photo of him on the slide and decided to go down it before I took the photo! 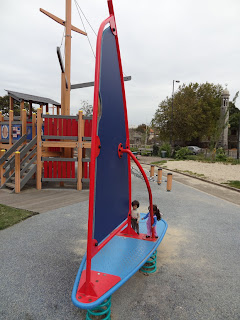 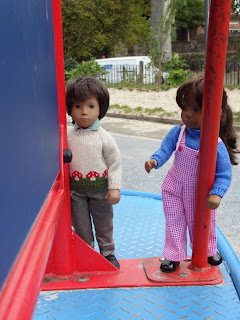 A spot of wind surfing, and yes the wind was blowing! 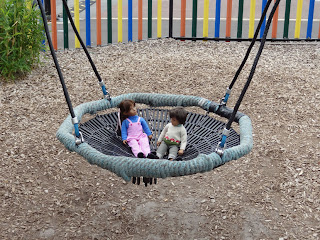 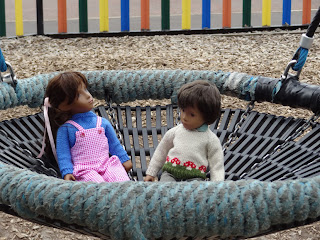 Isn't this fun Henry, says Emily.
Posted by Serenata at 16:20

Email ThisBlogThis!Share to TwitterShare to FacebookShare to Pinterest
Labels: Holiday