Down Under Experience - Day One: We are off! 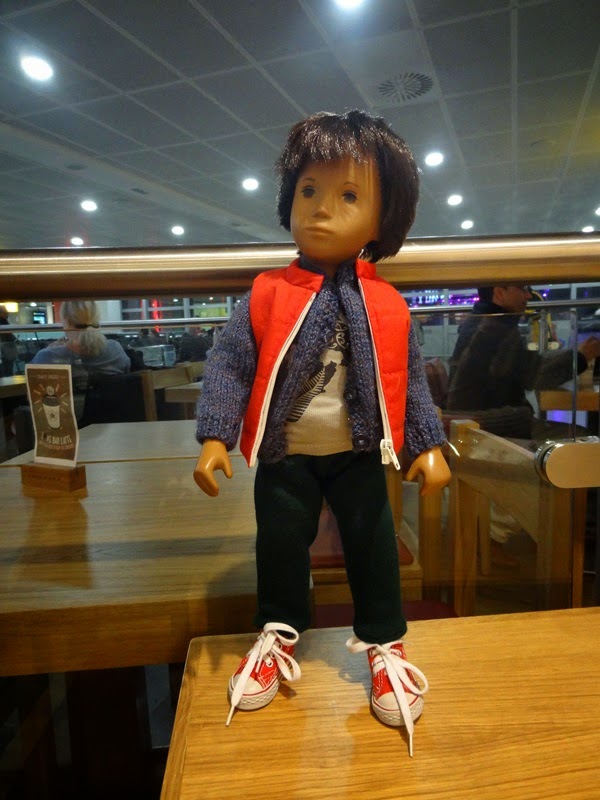 Well here I am the day I set off for my adventures Down Under.  I'm being a bit naughty and standing on the table here, but I wanted to see everything that was going on. 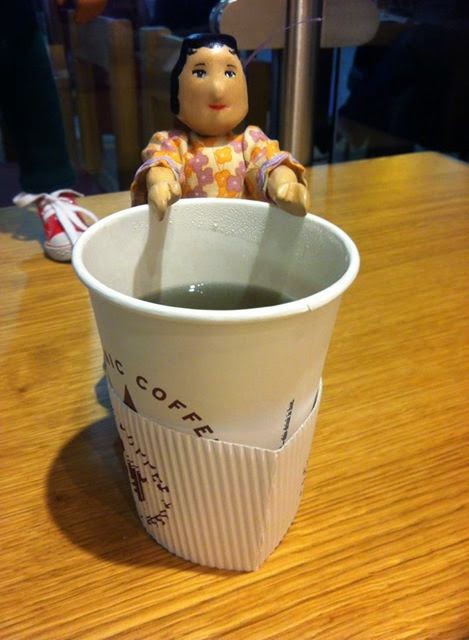 Hitty Madge came with me and enjoyed a rather large cup of green tea. 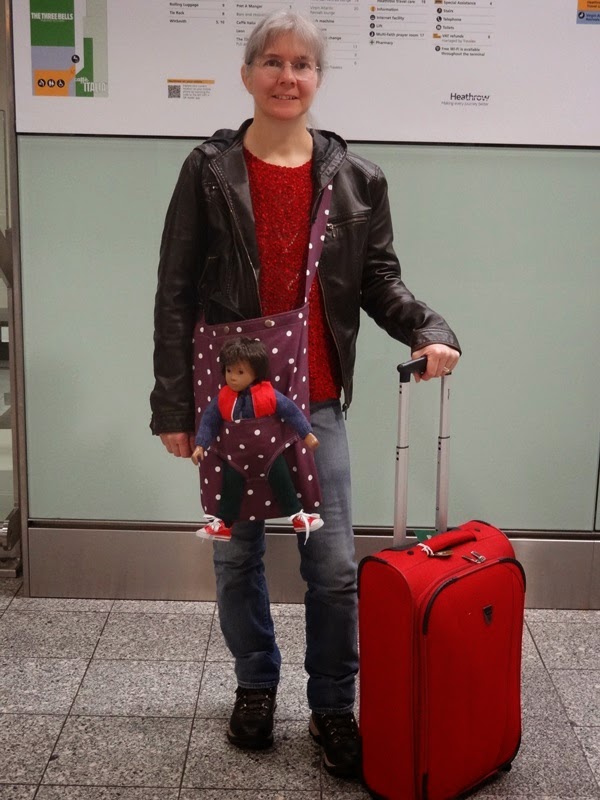 Here is my new mode of transport, could be considered slightly undignified for a boy of my age, but hey it works, is handy to pop in and out of and I get a great view of what is going on. 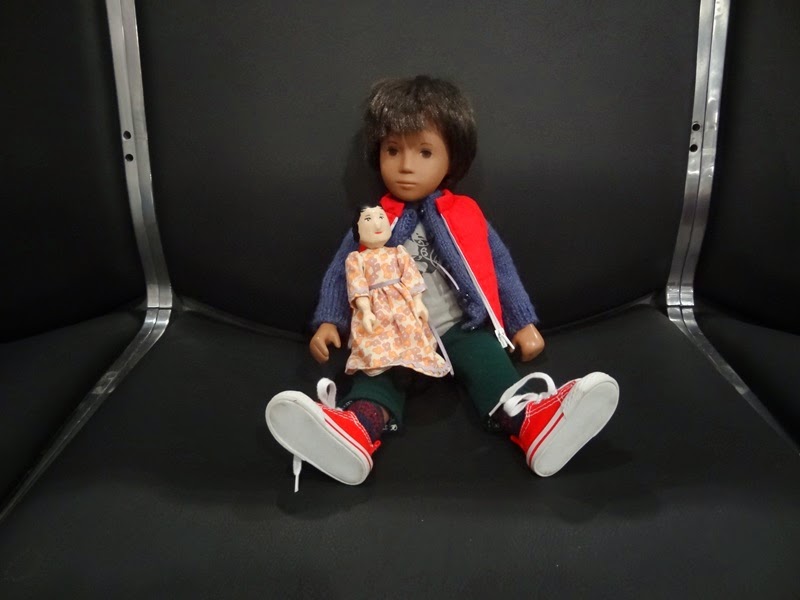 Hitty Madge and I waiting on the seats in the airport ready for boarding...

little did we know just how long the flight was going to be!

We didn't get to see Dubai from the air as it was surrounded in fog (or was it SMOG?) but we did see the surrounding area while circling. 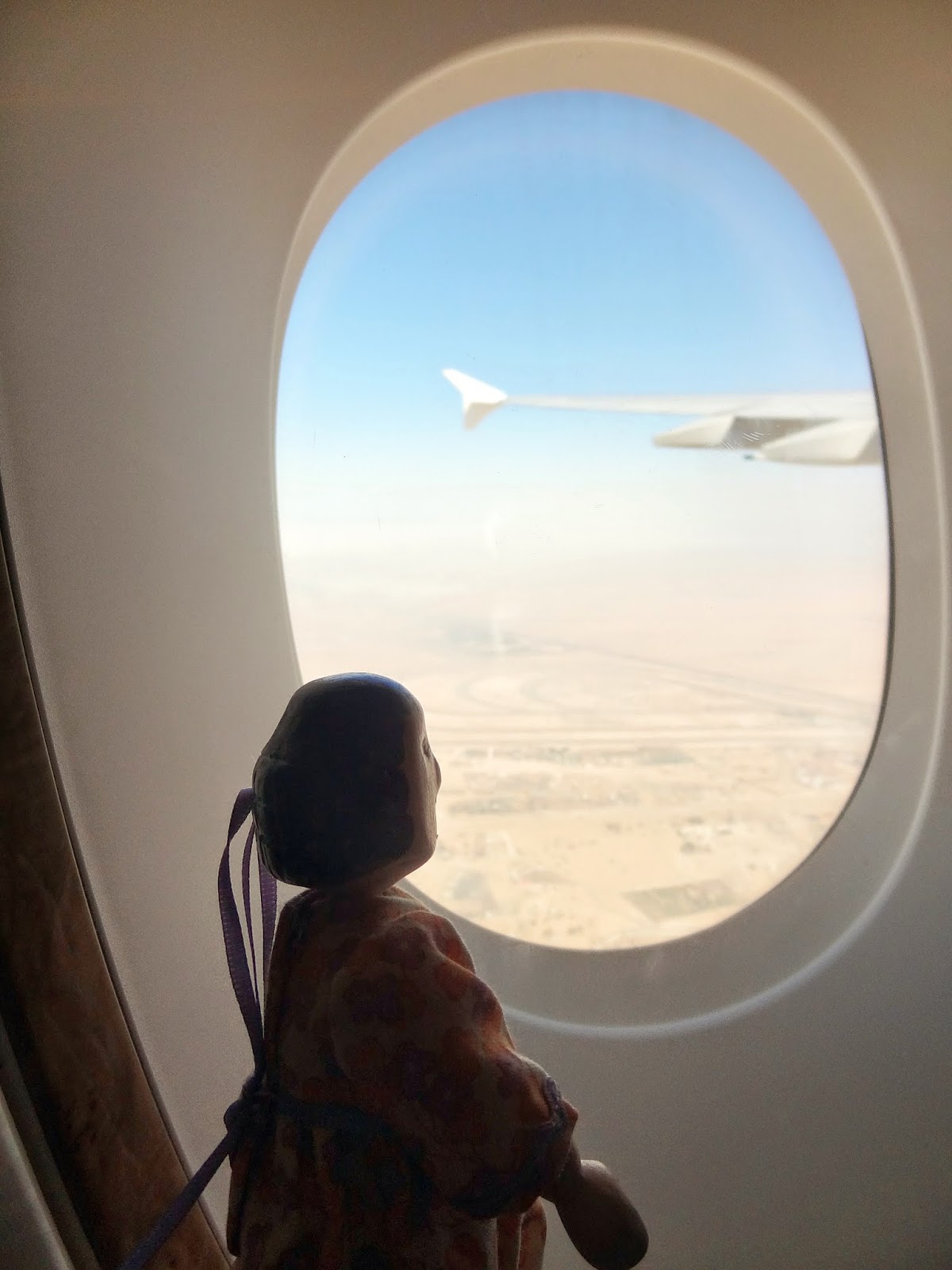 Hitty Madge looks out at the stark and sandy expanse of land. 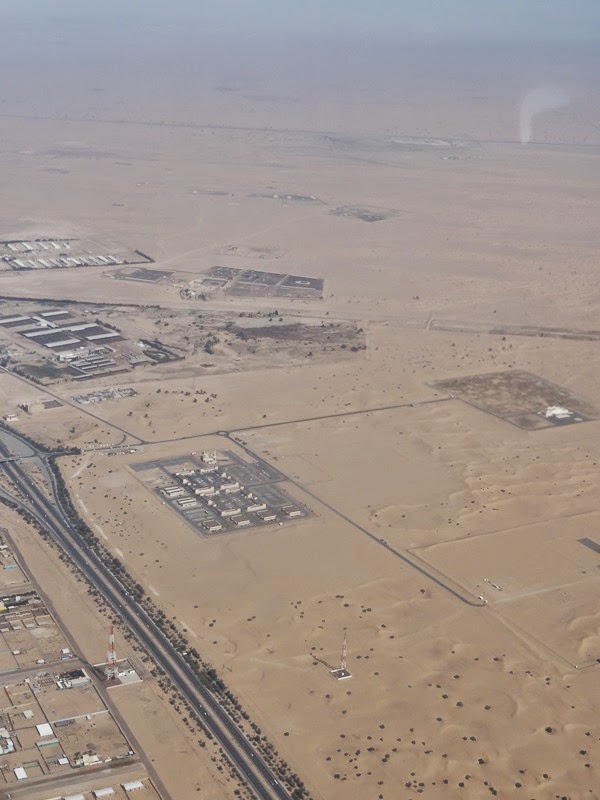 It really was quite incredible, little pots of land surrounded by sand. 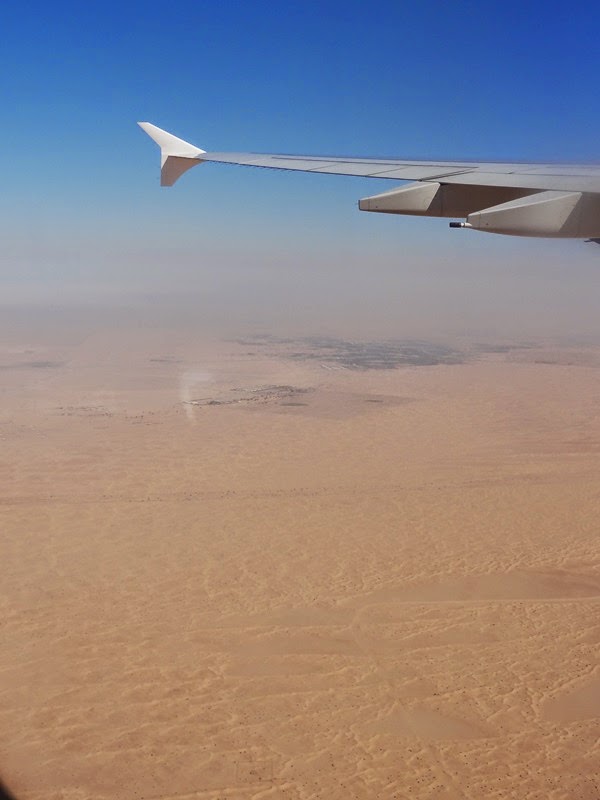 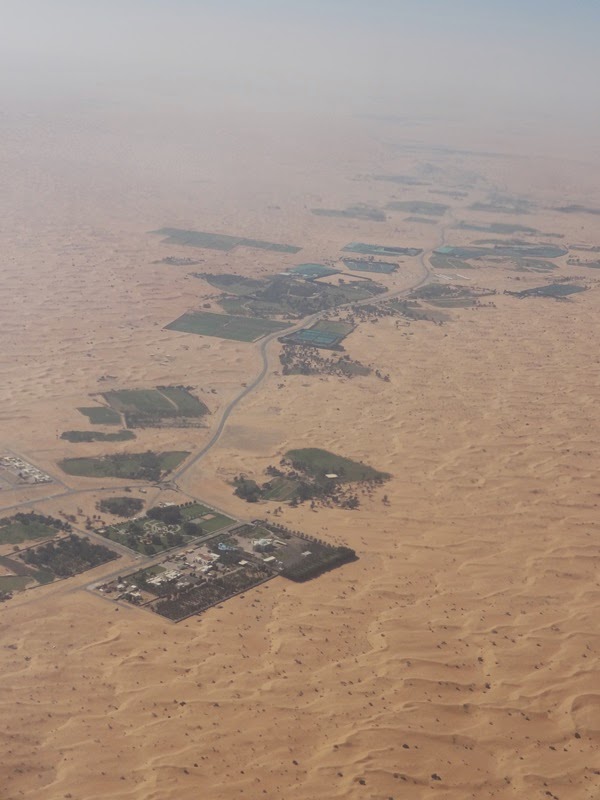 Isn't it rather an amazing sight?

We finally arrived in Brisband, Australia just after mid-day, over six hours late so essentially lost a whole day of opportunities by the time we arrived at Mum's friends place.  We did have a pretty yummy barbecue for dinner though!

This blog is also posted on Henry's blog here.