With the sun shining through into the lounge this morning, Henry thought he might do some vacuuming to help out. 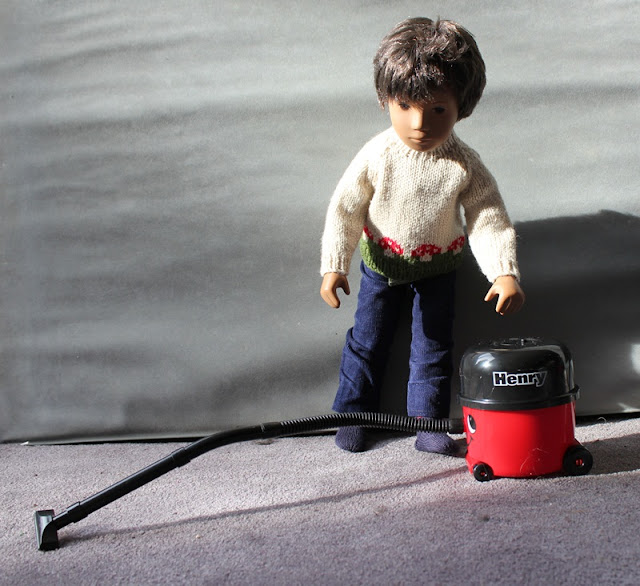 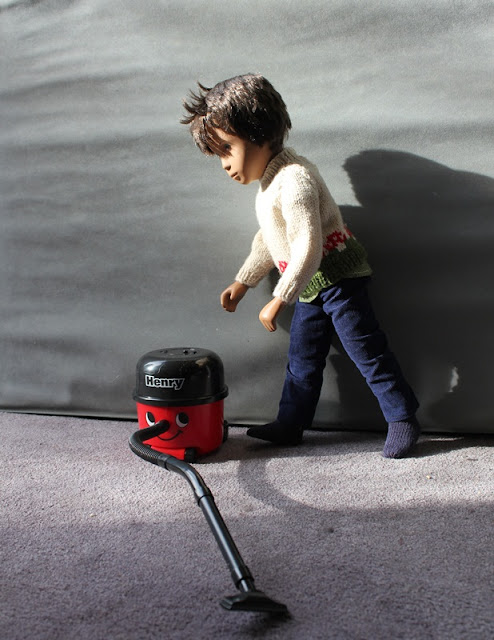 That's better he has it set up now.  I like the spiky hair Henry, what is that all about?

Oh, it is supposed to be trendy is it?  Hmmmm 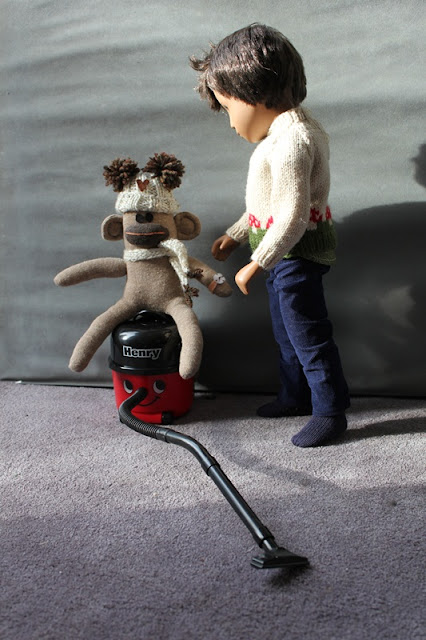 Uh Oh, looks like that cheeky Highland Monkey, Wee Jock wants to have a ride on the vacuum cleaner now! 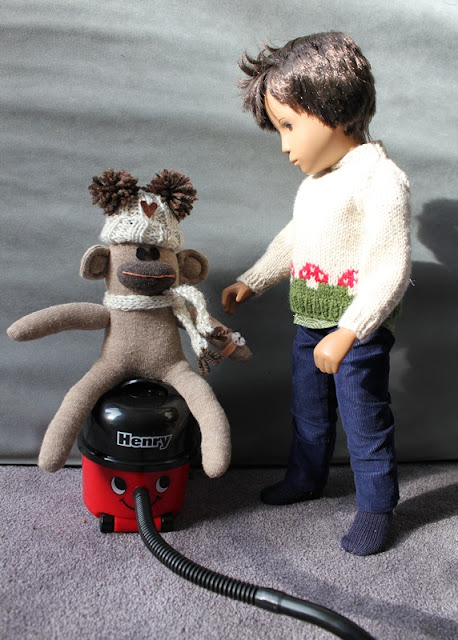 Henry explains that it is going to make it all the harder if Wee Jock sits on the vacuum cleaner... 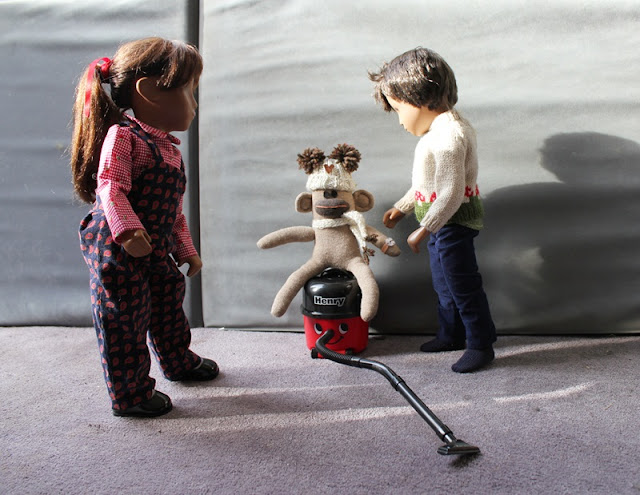 Along comes Emily to try and sort things out.  Giving up in the end she asks if she could have a couple of photos taken of just her. 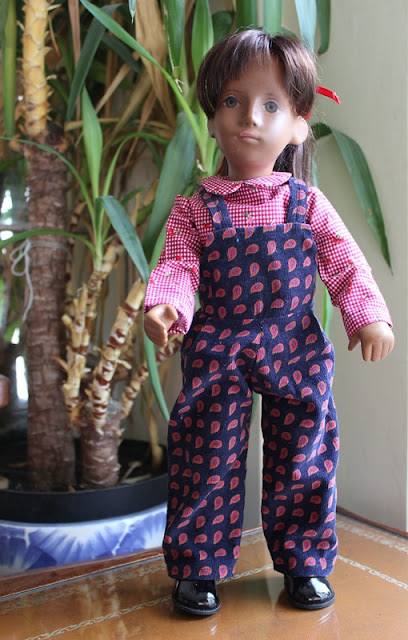 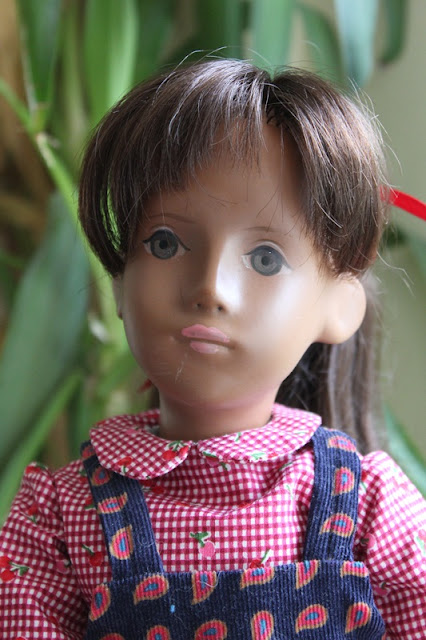 Quite happy she wanders off to play, leaving Henry and Wee Jock, struggling with the vacuuming.