Knitting Round up for Friday

I haven't knitted a lot this week - I have had to 'frog' (undo) a couple of projects when I realised I just didn't have enough wool to complete them, so a bit of wasted time!

One item I am really pleased with is a little yellow 'Party Time' dress for Sasha knitted from a Golden Hands pattern I have been meaning to knit for a while.  I just wish I'd had enough of the yellow to knit the little yellow matching coat.  I will knit this pattern again though so will make sure I have enough for both items next time.  Plus I will be able to improve on it next time as well. 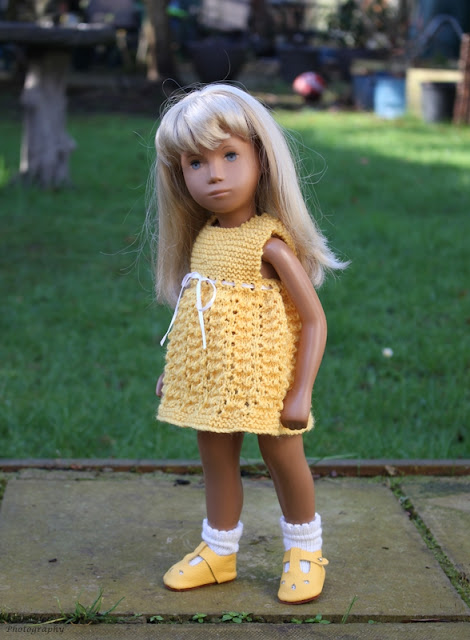 Sally was pleased to get to model the dress and she found the perfect matching shoes in the shoe drawer as well. 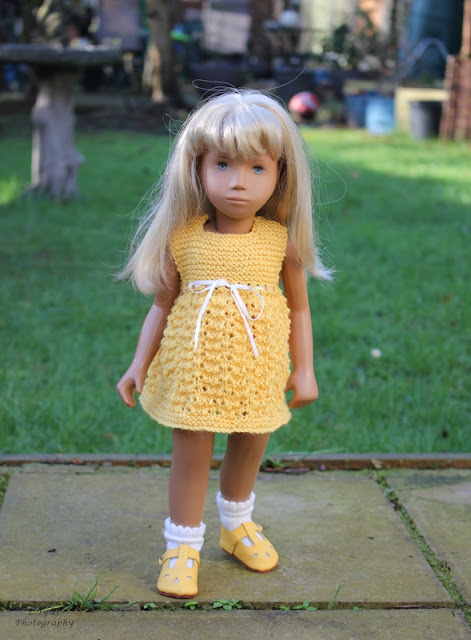 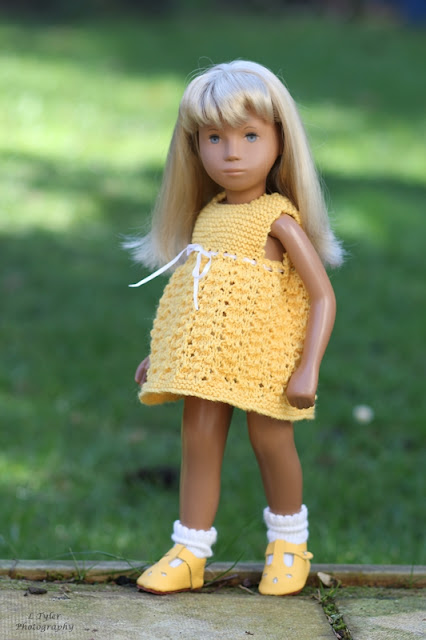 I took a few more photos this morning as a new lens for my camera arrived and I wanted to experiment with it. 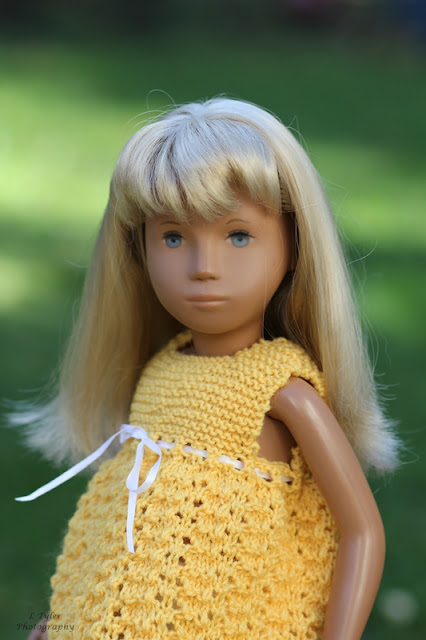 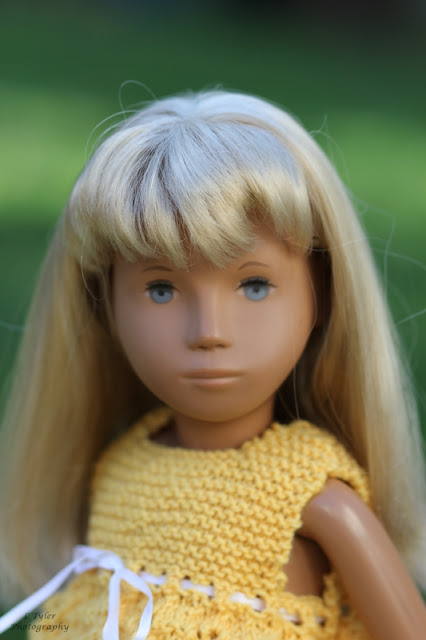 Sally is my wide faced 1972 Trendon Sasha I bought from Ted Menton back in 2011 I think it was.

During the week I also knitted a tank top for Gregor, but I decided it was a bit too 'pink' for the boys so at the moment Peggy Sue is wearing it as she said she was cold and wanted to put something over her dress. 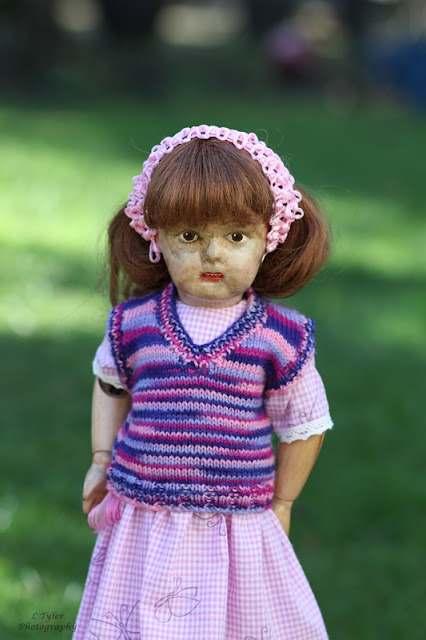 I think this would look quite nice on one of the brunettes - I just need to work out what would go with it! 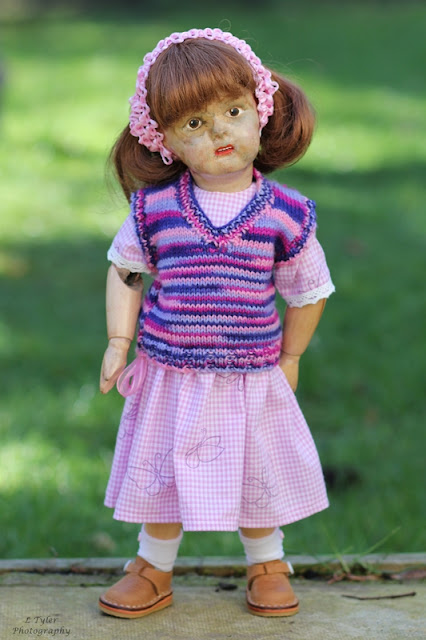 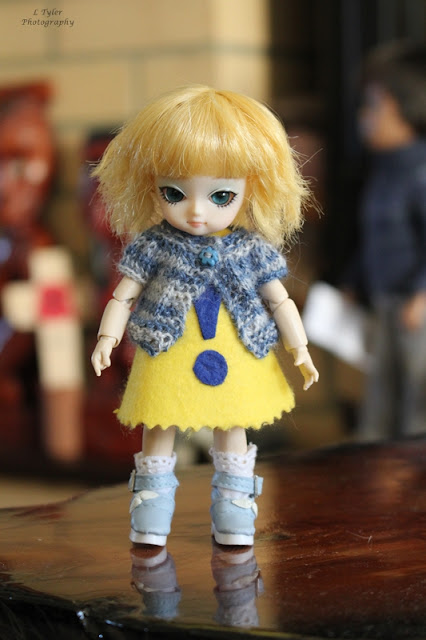 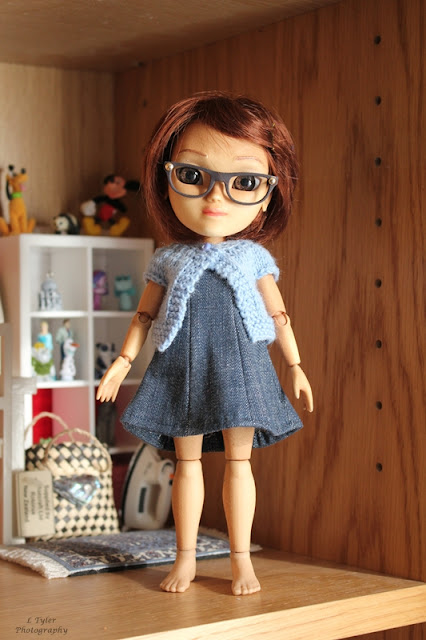 As well as a little cardigan for Wren, which looks good with her denim dress. 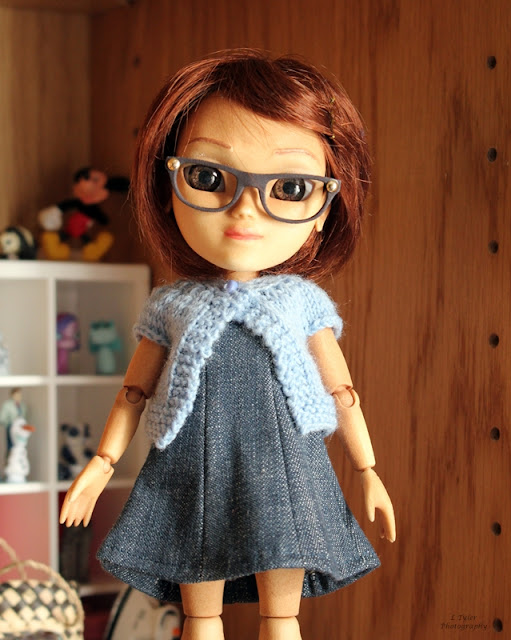