I finally got round to sewing the buttons on a jumper I made last year for one of my KnC dolls, however I thought I would try it on Meredith as she was still in her Christmas dress. 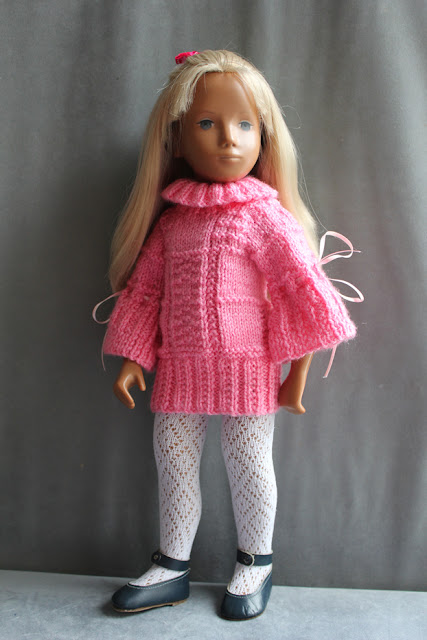 I actually really like it on her and was surprised how well it fit.  It does make her a little more 'grown up' but as she is my eldest Sasha that probably isn't such a bad thing. 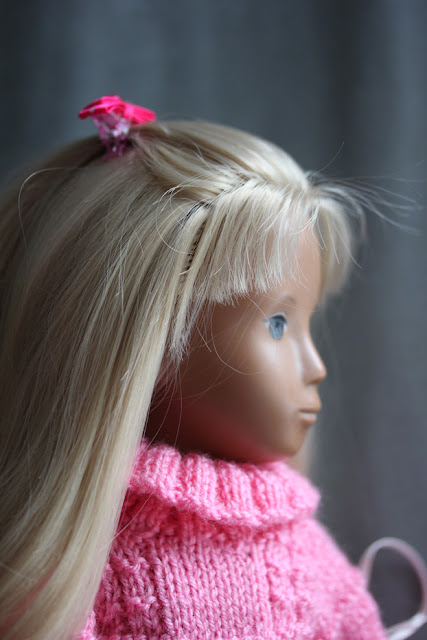 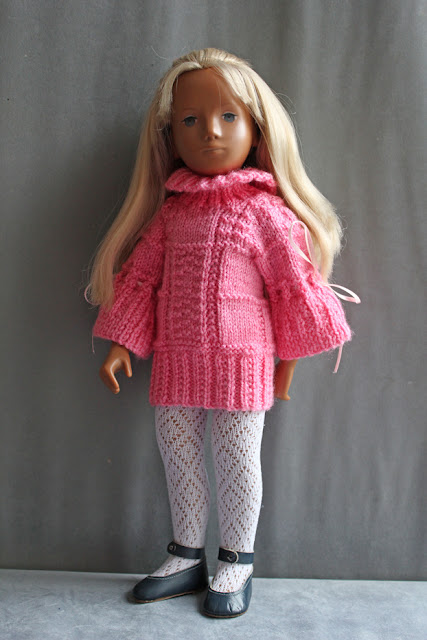 I just love this girl and was so thrilled to have been able to get her last year...even if she did mean my 'downfall' and resulted in having to sell many of my other dolls. 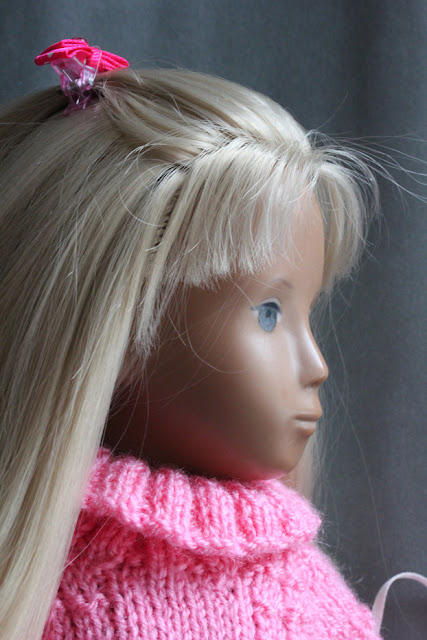 Such a lovely face. 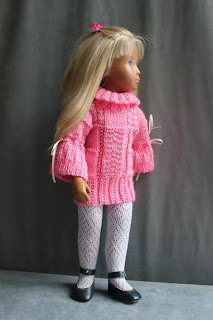