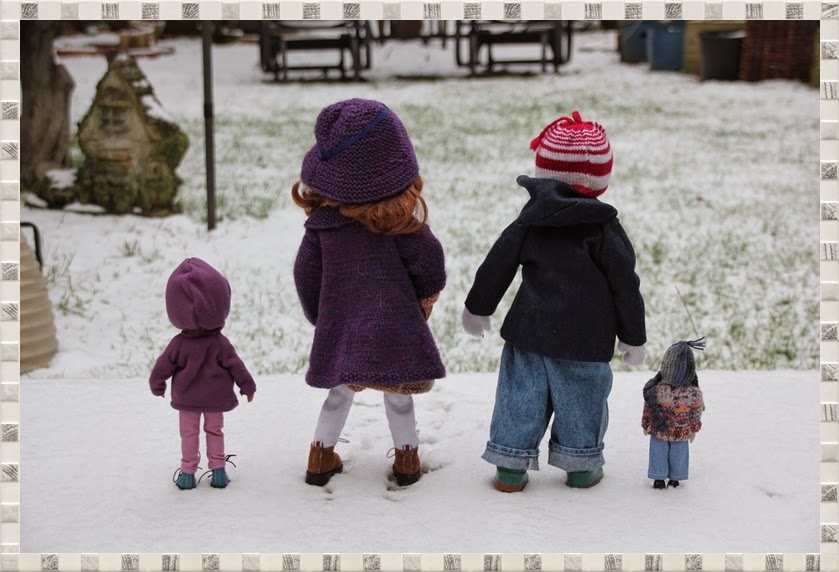 A little group of friends today looked out into the garden in awe.

Snow!  Just what Henry had been waiting for. 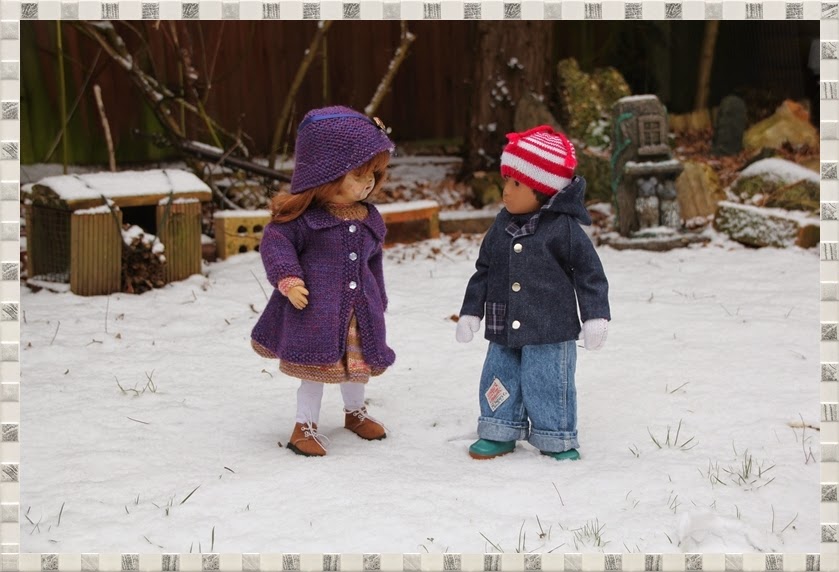 Peggy Sue joined Henry in the garden as the other girls and boys just claimed it was TOO COLD for them to want to bother - I think they just wanted to stay in bed! 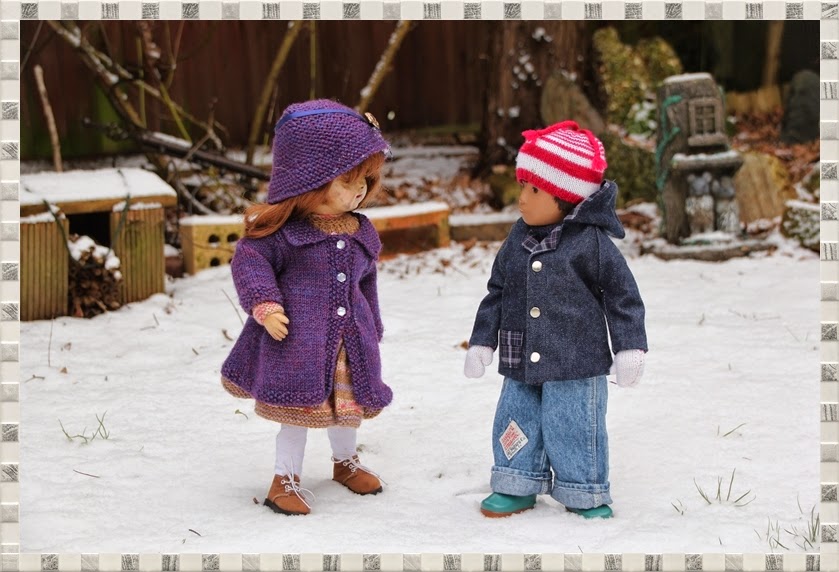 Henry and Peggy Sue discuss whether there is enough snow to build a snowman yet....Henry doesn't think so. 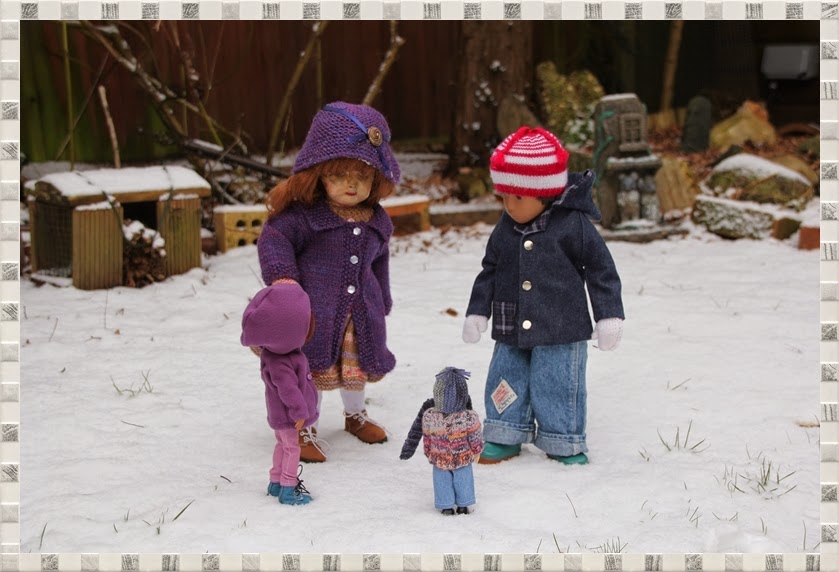 It isn't long before Wren and Hitty Madge join them.   They started out at the same time, but little feet take longer to get where they were going. 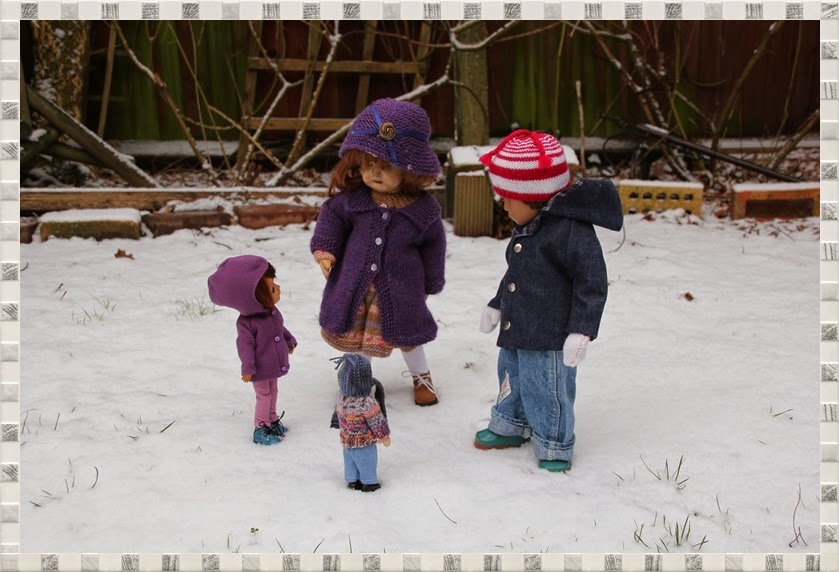 Wren suggests they could throw snowballs. 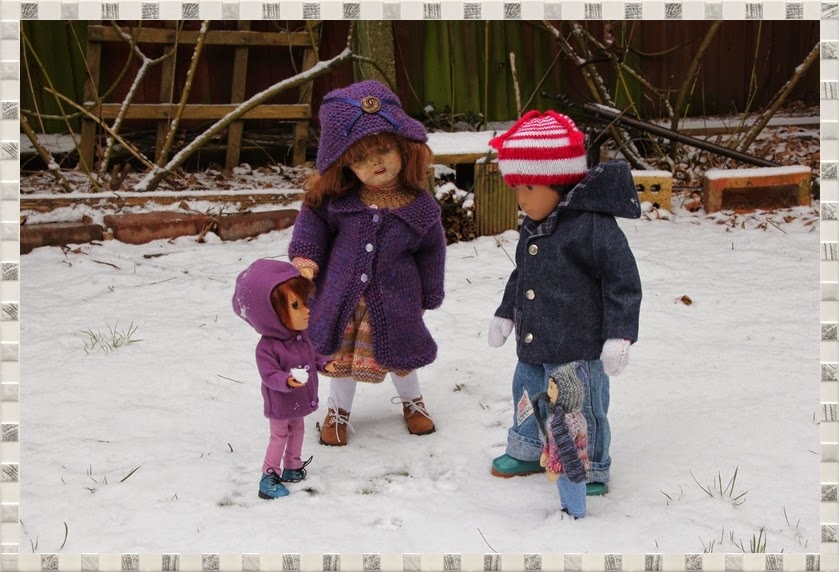 Henry points out that it would probably not be a fair game...after all they are snow much bigger than both Wren and Hitty Madge, and as such their snowballs would be bigger as well.

Hitty Madge is secretly relieved....really playing snowballs at her age, is just not quite what she had in mind when venturing outside in the snow....although she would quite happily have helped build a snowman! 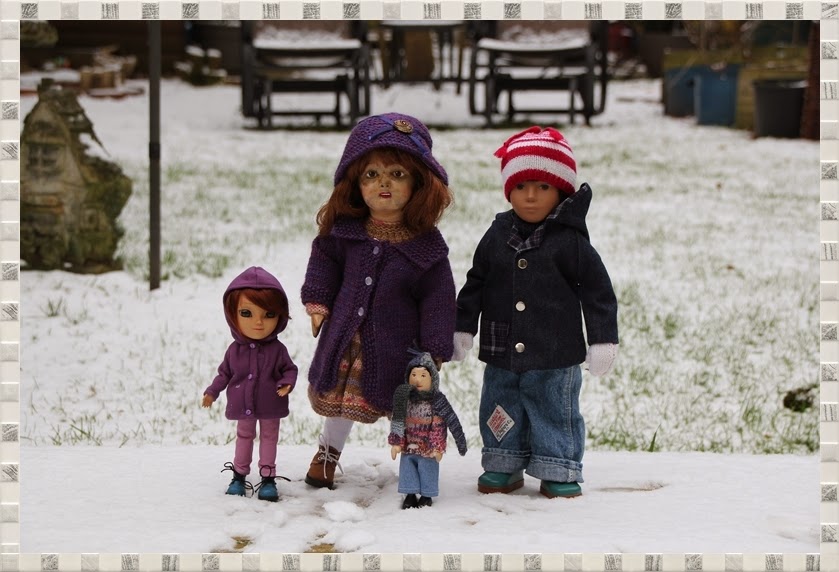 Soon they decide it is time to venture in again for a cup of hot chocolate (or milo!) 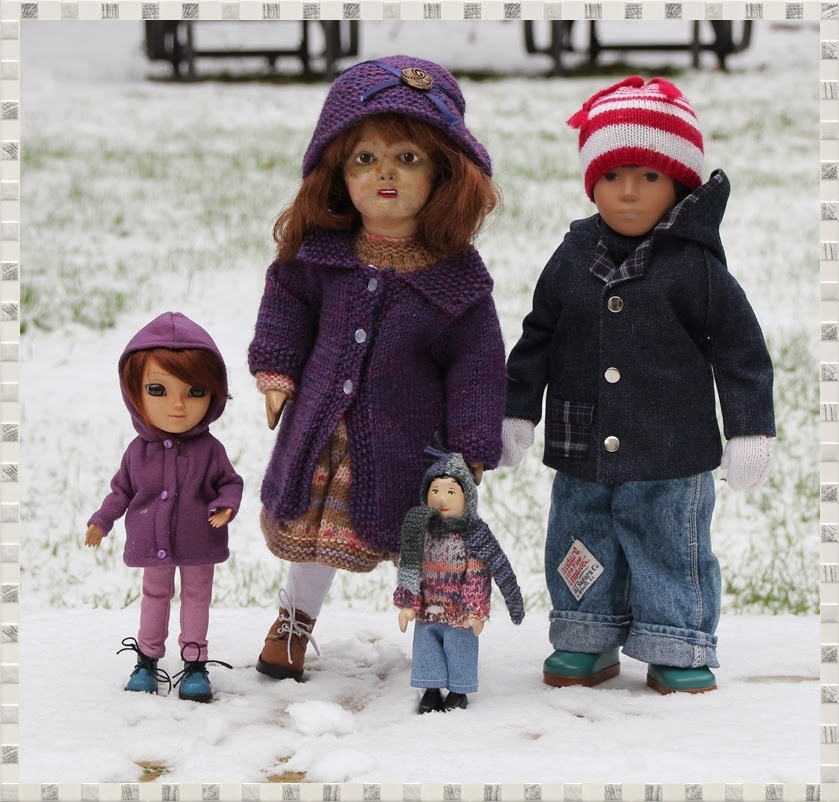 It seems a core group of my dolls want to interact together....sometimes I wonder if it would be easier to incorporate my blogs into one...that was what I originally intended, but then felt I should separate them for various reasons, but now I am not so sure.